Brexit: what happens at and after 31 January? 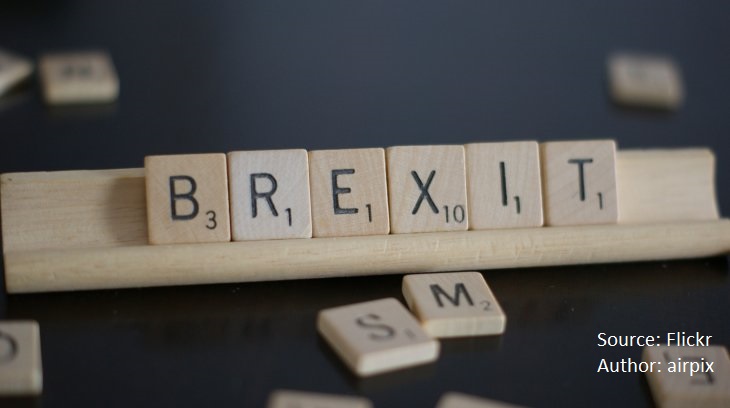 The Brexit debate has engaged deep issues of identity, social class and economic interest. As the process wore on, collective frustration could be seen in Boris Johnson’s terse slogan: ‘Get Brexit Done’ – it seemed that anything was preferable to the situation we found ourselves in.

Now, finally, a breakthrough has been achieved, and Brexit will happen at the end of this month.

At that point we leave the EU, and so cease to be part of its decision-making institutions. The provisions of the transition / implementation period running to the end of this calendar year, and of any continuing application or retention of EU law, are technical and subsidiary.

In terms of Hirschman’s familiar discussion of ‘Exit, Voice and Loyalty’ we have taken the exit: voice falls out, and any continuing loyalty is perhaps debatable. To borrow a phrase from the television coverage on the night of the referendum, ‘We are out’, and the only way ‘back’ would be reapplication (and renegotiation) via the full process under Article 49.

Far more than treaty formalities, people in the UK will be coming to terms with the end of three years of ‘phoney war’. No less importantly, so will citizens and governments of our European counterparts, who may not have believed (or chose not to believe) that we would really implement the referendum decision.

The winter general election campaign and the return of a large Conservative working majority under a prime minister unequivocally committed to Brexit eliminated any doubt. Channelling Johnson and his love of the classics, ‘the die has been cast’ and ‘the Rubicon has been crossed’, both legally and – even more important – politically. We simply had never reached this point before.

This momentous change of context gives us guidelines for the future but leaves many vital issues unresolved. In many cases, long-deferred debate about trade-offs is only now being belatedly exposed.

One reason for past lack of public engagement with the details may have been a sense of disgust at the failure of the political class to move things forward. Equally, over the last three years nothing (much) has happened to convince all but specialists or interested parties of the nature of choices we face.

In simple lay terms, our British driving licences and EHIC cards have continued to function on the Continent; and while many EU nationals resident in UK may have applied for settled status (and others have failed to do so yet), no-one has actually been deported.

Within the legal and political compass of Brexit, all this becomes salient and immediate both for specialists and business, and in due course for citizens also. The Withdrawal Treaty now coming into force defines the divorce deal including outstanding financial contributions, plus citizens’ rights and the formalities for future trade (including the protocol on Northern Ireland), but it is silent on details.

During the Article 50 process, EU negotiators declined to be drawn into discussions of details until the exit deal was clarified, leaving only the broad aspirations of the Political Declaration to hint at a future perspective (which will of course have to be negotiated under Article 218). It is ‘work in progress’, and time is short.

I suggest that we look at the upcoming negotiations in terms of time, sectoral impacts, priorities and conditionality. The government has attracted much criticism for pledging in effect not to extend transition beyond the end of this year. I can understand their frustration at past delays, and their wish to concentrate minds (in the EU as much as in UK) and to get on with a deal.

It is a familiar argument that international trade negotiations are often protracted; and it is sobering that we are still well short of completing a full set of continuity trade agreements-some with major partners – like Japan and South Korea – to replace those we would have enjoyed had we remained in the EU.

We may have some leverage in discussions on trade in manufacturing goods, where supply chains are difficult to refashion, and in practice some measure of regulatory alignment, at least of outcomes, may be palatable in order to avoid trade disruption.

Some of this may have to be sorted out through interested and involved industrial partners. On the other hand, while services now matter more to the UK than trade in goods, there has never been quite the progress into a single EU market in services as on goods, and so both parties may have to move more cautiously. There are important issues to cover in parallel, like data transfer, and police and security co-operation.

A potential trap may be to try to bundle too much into one comprehensive agreement, which may be defined as ‘mixed’ and require ratification by national and even regional parliaments. In all this, the scope for leverage works both ways, and with this in mind I am sure that we shall have to emphasise mutual interest in order to reach something, however provisional, we can live with.

The timetable will also pose extra psychological and political challenges. We may fall into the tempting assumption that 31 December is merely the next deadline to miss. In fact, the negotiating mandates for both sides expressing their priorities will be drawn up in weeks, and by June the shape of the negotiations will begin to clarify, including, for example, high-profile political issues about access to fishing grounds. Then the second half of the year will be devoted to intense ‘heads-down’ negotiations.

This brings me to a final point. The rhetoric of ‘Get Brexit Done’ is not itself a detailed implementation plan, does not set priorities, and does not engage on the political side of the future relationship.

Old slogans can be revealing: ‘In Europe but not run by Europe’ paved the way for Brexit, but it also acknowledged geographical, cultural and economic realities. Of course we should not hold back in defending our interests, and even playing our neighbours against themselves if appropriate.

But we are going to be around Europe for ever, and bound to an almost continuous need to adjust our relationship. Wherever we came from on Brexit, it cannot be in our interests to conduct this through soundbites in full public gaze. Can we hope that now that the deed is done, we can ‘de-dramatise’ future discussions?  Discreet quiet diplomacy is more likely to lead to a constructive future relationship.