Brexit: what next? trade 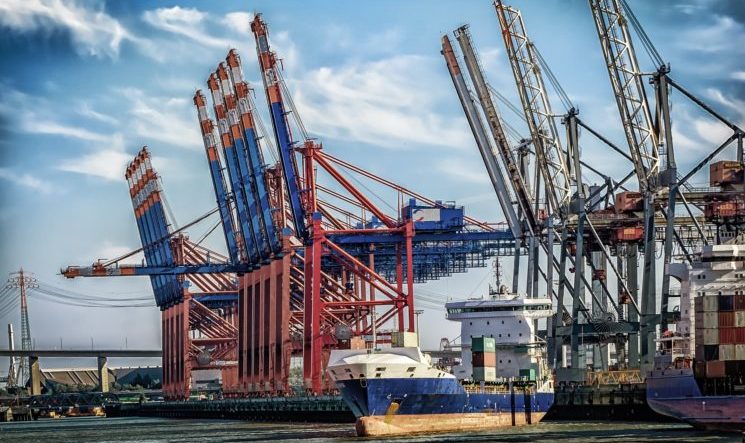 In 2018, UK exports of goods and services totalled £650 billion and imports close to £700 billion. Combined, this equates to two-thirds of UK GDP. So getting trade policy right matters. The government has announced its intention to complete a trade deal with the EU before the end of 2020 while starting trade talks with the US.

Trade deals with the EU and the US are important because they are the UK’s top trading partners for goods and services: roughly half of total UK trade is with the EU. The US is next in line, accounting for around 14% of British exports in the last five years. Important products include vehicles, machinery and pharmaceuticals – though only 8% of British imports originate in the US.

Since 2016, doubts over the question of whether the UK would remain in the EU customs union for goods forestalled much substantive discussion over future UK domestic policy. Now, however, Boris Johnson’s Withdrawal Agreement clarified that Northern Ireland would remain aligned with the EU in many areas (customs, VAT, regulation) while the rest of the UK would be free to proceed with a free trade agreement that allows for greater divergence from EU policies.

Both the UK and the EU have expressed their desire to secure an extensive free trade agreement: the UK has insisted it would like free trade in goods and services while the EU has been more coy – it desires free trade in goods, is less clear about the extent of services trade, and has made it clear that any deal will require British commitments to a ‘level playing field.’

In principle, under an EU-UK free trade agreement, the UK would have regulatory autonomy – and be able to decide its own policies on foods standards, environment, and labour market laws.

In practice, the EU will ask the UK align its policies with some EU norms in exchange for greater access to the EU market. If the UK wanted to relax consumer product or food safety standards, the EU might be reluctant to offer zero tariffs or expedited customs clearance to British goods.

For financial services, free cross-border trade would require a deep level of regulatory alignment or regulatory equivalence arrangements. Negotiating tariffs for manufacturers in most sectors will be most straightforward.

More difficult will be agricultural products, many of which are subject to quotas. The trickiest areas relate to the extent to which producers receive state support/subsidies and the stringency of various regulatory standards.

UK farmers may be concerned if European subsidies to farmers undercut their competitiveness while their European counterparts will balk at any prospect of lower standards conferring a cost advantage. The EU for its part will fret about what the UK may need to agree to secure a trade deal with the US – and will want assurances of domestic enforcement of EU standards as well.

About half of the UK’s services exports in recent years have been ‘other business services’ such as management consulting or engineering services (around 30%) and financial services (around 20%). Recently released experimental statistics from the Office for National Statistics found that two-thirds of all services exports and 89% of financial services were sold via cross-border supply (i.e. an entity in Britain selling the service abroad without sending a person to the foreign country).

Negotiating a trade deal for cross-border services such as these is more complicated than a deal for goods because assessing and/or regulating the safety and quality of a service provided by a foreign entity can be difficult and there is no border checkpoint.

This means the methods and procedures for ensuring the service satisfies the importing country’s standards (e.g. equivalence arrangements) must be carefully laid out in the agreement.

Many UK firms that provide a service to the EU through cross-border supply have already set up the necessary commercial presence a subsidiary in the EU to ensure they can continue to deliver services regardless of the outcome of the trade negotiations.

While this makes sense for the individual businesses, the UK economy will lose the tax revenue generated by this activity. Without a deal to facilitate cross border services exports, Britain will lose these service-sector jobs as corporations move more of their workers to Europe.

In sum, the future UK-EU relationship will entail a series of trade-offs: more alignment with EU regulations and standards will facilitate more trade because alignment itself can reduce the cost of trading internationally for UK and EU firms and because the EU will be willing to provide lower tariffs for goods and freer access to more sub-sectors within services.

However, in some sectors more alignment with the EU might be undesirable to British businesses and citizens who see greater autonomy over specific policy areas as more valuable than a deeper trading relationship.

By Meredith Crowley, senior fellow at The UK in a Changing Europe and reader in international economics at the university of Cambridge. You can read the full report Brexit: what next? here.