Brexit: where do we stand now? 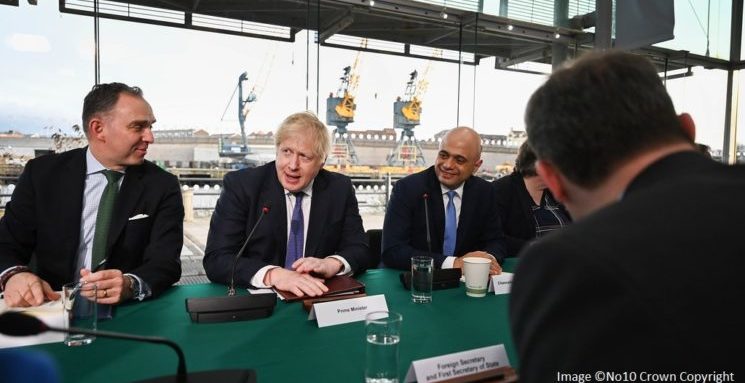 Over the past week or so I have been asked the same question a lot: “So what are UK in a Changing Europe going to do once we’ve left?” By way of answer, it’s worth considering where we stand in the Brexit process. Yes, Britain has left the European Union. Yet Brexit continues, even if the term begins to mean something very different.

Brexit already means a number of things. The UK is no longer a member state but it has to decide what kind of relationship it wants with the EU. It also has to figure out how to do the things the EU used to do for it. And finally, of course, Brexit is about more than just the EU. The government also has to address the political imperatives that have crystallised in the three and a half years since the referendum.

Paradoxically, then, the questions the country faces are more significant than those we have been struggling with since June 2016. Brexit is over, yet Brexit has only just begun.

There are, to simplify, three layers to Brexit. The first is the relationship with the EU itself. Clearly the nature of that relationship matters enormously. The EU is our largest trading partner and an important collaborator in policing, foreign policy and security. How we collaborate in future will affect both the economy and national security.

The government is committed to negotiating a trade deal with the EU by the end of the year. Most experts think this is, to say the least, a big ask, and even if it were to happen many issues would remain unresolved. Just as the Swiss and others have discovered, being a neighbour of the EU means being in a permanent state of negotiation.

And while those negotiations are going on, we need to address the second layer of Brexit issues. These are things we have to do directly as a result of leaving. Policies need to be devised in areas such as agriculture, fisheries, regional policy with implications for manufacturing and financial services and, of course, immigration. Structures, too, will have to be put in place to replace the roles played by the European Environment Agency and European Commission in monitoring environmental quality.

These are merely the first-order and second-order Brexit issues. Above and beyond these are the longer-term, or third-order, consequences. Brexit will affect (in fact, already has affected) the devolution settlement. It has sparked a conversation about the UK’s internal market and the risks of disruption to it now that the UK is outside the single market. It has cast a stark and not entirely favourable light on the mechanics of our politics and led the government to talk about constitutional review.

Last but not least is a political agenda generated in large part by interpretations of the outcome of the referendum. Brexit has triggered at least a partial realignment of the country’s political geography, one consequence of which has been the prime minister’s much-trumpeted desire to “level up” the UK. In and of itself this would be an ambitious objective. But in addition to the government’s other challenges, it’s monumental.

What unites all these things is not only a sense of urgency — for the first- and second-order issues the deadline is December 31 — but also the sheer scale of challenges involved. Moreover, they’re all areas where good policy is going to depend hugely on the provision of solid evidence.

Since 2015 we at the UK in a Changing Europe have been committed to providing that evidence, marshalling the best social science research to provide informed analysis of the Brexit process and its implications, including the legalities of the process and the debate around immigration.

Whether it’s a question of forecasting the economic impact of different outcomes or explaining what the Johnson deal might mean for Northern Ireland, or of explaining how public opinion interacts with each issue, we have endeavoured to ensure that decisions and debate can be based on the solid findings of social science research.

The need for such analysis will continue to be great. So are we going to do now that the country has formally left the EU? The answer is: a lot. Indeed the chances are we’re going to be busier than ever.

By Professor Anand Menon, director of The UK in a Changing Europe. This piece originally featured in Times Red Box. You can read the full report Brexit: what next? here.