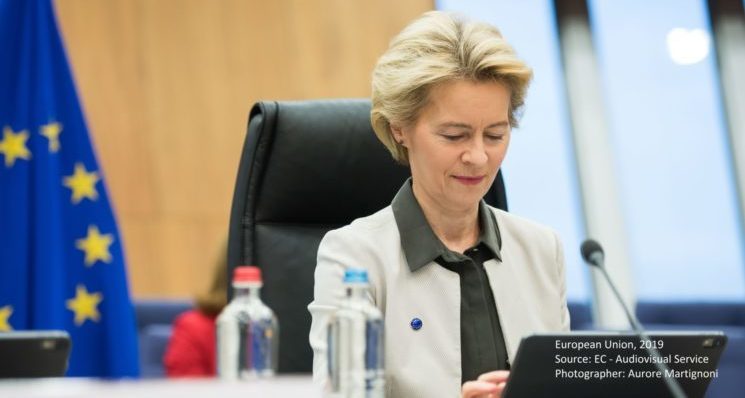 Brexit will not be the most important issue that determines the future of the EU. Whether it be rethinking the EU’s functioning, furthering eurozone reforms or defining the EU’s role in an increasingly volatile world, there are more profound issues that supersede the bilateral relationship with the UK. Nevertheless, the UK will be, in the words of Michel Barnier, the EU’s ‘closest and most strategic partner’.

Some argued the UK leaving would herald either immediate further disintegration or a faster passage towards real political union—both have so far proven false. Rather, the main effect has been to diminish pressure in other member states to flirt with similar ideas.

Partly, this is because the UK’s exit has demonstrated the EU’s value in amplifying the power of small nations, which after all make up the majority of EU member states. Ireland—the most Brexit-affected member state—secured what it needed in the Withdrawal Agreement, and EU unity was maintained.

But the biggest problems facing the EU are largely unaffected by Brexit. The major policy conflicts ultimately come down to the shifting balance of burden-sharing between member states on different policy issues.

On migration, for instance, it is widely accepted that the Dublin system for assigning responsibility for asylum seekers requires reform.

A few countries—notably the southern EU border states of Italy, Spain and Greece—argue they shoulder a disproportionate share of the burden. Yet, there has been little appetite from other member states to take on more of that burden themselves.

Similar arguments apply to eurozone reform, where demands for a common budget and a common bailout fund are frequently met with resistance by those (mainly northern) eurozone members who see it as shifting the burden of responsible fiscal management mainly onto them and their taxpayers.

On the long-term EU budget, too, there is a split between the ‘frugal’ northern member states (who are mostly net contributors) and the so-called ‘friends of cohesion’ in the south and east (mainly net beneficiaries).

The UK’s departure has exacerbated these differences, with frugal members wanting the budget to shrink in line with the EU’s reduced membership and the latter—alongside the European Parliament—wanting the EU to be more ambitious in its funding. This is but one of the contradictions brought about by the UK’s exit.

Another is the impact on the EU’s global ambitions. Ursula von der Leyen took office promising a better, faster, stronger Commission that was ‘geopolitical’ in outlook. New European Council president Charles Michel has also made a concerted effort to prioritise, partly by the necessity of recent events as much as choice, his—and the EU’s—international presence.

The problem is, as von der Leyen highlighted in her political guidelines, that ‘Multilateralism is in Europe’s DNA’, but multilateral institutions are fraying at the seams. As former German foreign minister Sigmar Gabriel put it, ‘In a world full of carnivores, vegetarians have a very tough time of it.’

Yet the EU is losing one of its most globally active member states. The UK is the third-biggest spender globally on international aid, and it spends more alone than the combined efforts of the EU institutions.

What’s more the EU is also losing a member of the UN Security Council. And the EU remains a dwarf in diplomatic terms. The EU External Action Service—its diplomatic corps—comprises just over 4,000 staff.

The FCO, by contrast, is about twice the size, and that comes after years of stringent budget cuts over the past decade. Which is to say nothing of defence capabilities.

The UK’s outsized share of EU defence equipment means a significant downgrading of collective EU capabilities as it leaves, as well as the loss of a nuclear power and a leading NATO member.

Eastern member states, and the Baltics and Poland in particular, have understandable concerns that tensions in the UK-EU trade relationship could easily spill over into a wider disengagement of the UK from the region.

It may be that integration in areas such as defence where the UK has traditionally been reticent, for fear of detracting from NATO and the Atlantic alliance, will be able to accelerate more quickly.

But the EU is increasingly integrating at different speeds on defence anyway. Regardless of the UK’s presence, more willing member states, such as France, Italy and Spain, have tended to be more active, and less willing member states—like Ireland and the Baltic states—have demurred.

The political declaration on the future UK-EU relationship appears reasonably open when it comes to UK participation in EU foreign and defence policy. It includes the possibility of the UK attending informal EU ministerial meetings, allowing the UK to participate on a case-by-case basis in EU defence missions and involving the UK in the EU’s defence programmes and agencies, as well as co-ordination on sanctions.

Both sides recognise they have a shared interest in continuing the co-operate in this field, but there are notably fewer conditions on the UK’s participation in terms of defence and security.

Despite temptations to the contrary and the sometimes isolationist rhetoric of some British politicians, the UK has shown itself, even throughout the testing Brexit process, a willing ally of EU partners, even contradicting the US on certain issues. It remains a solid supporter of multilateral institutions.

If the main global players are not willing to make institutions work, the EU cannot uphold them on its own. For states and leaders, from Trump to Putin, for whom multilateral institutions are anathema, the EU—as a demonstration of multilateralism par excellence—will always be a target, not an ally. In that context, the UK will be an invaluable partner in making the case multilateral rather than unilateral action.

To rephrase Mr Gabriel, in a world full of carnivores, the vegetarians have to stick together. And while it may at times flash its teeth, the UK is ultimately a vegetarian too.

By Matt Bevington, policy researcher at The UK in a Changing Europe. This piece was taken from the Brexit: what next? report.