Brexit: will there be a potential supply chain disruption? 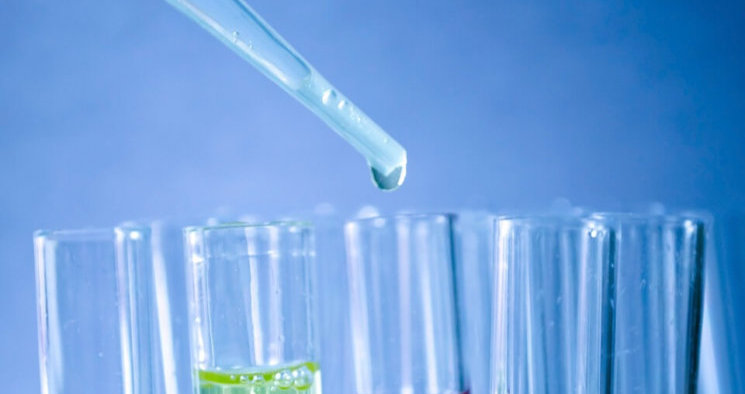 As a lawyer who advises companies inside and outside the EU on compliance with EU chemical regulation, I am often asked about potential impacts of Brexit on chemical supply chains, and what the UK’s future chemical regulation may look like.

The most complex issues arise from REACH (the EU Regulation on registration, evaluation, authorisation and restriction of chemicals). We are still in a position of uncertainty, but it is clear that REACH presents many legal challenges, particularly in a no-deal scenario.

REACH largely works on a whole supply-chain basis. Manufacturers and importers at the top of the chain have registrations and authorisations that benefit those lower down the supply chain across the EU.

If registrations or authorisations held by UK companies become invalid on Brexit, there could be serious ramifications down the supply chain, and serious interruptions to the many billions of pounds’ worth of trade in chemicals between the UK and the EU.

Anyone in the EU supply chain downstream of the UK company who has relied on that registration/authorisation, can no longer do so.  Instead, the first EU-based company in the chain would be the ‘importer’ and would have the REACH registration obligation, unless the UK company (as a non-EU manufacturer) appoints an EU company to register on its behalf (known under REACH as an ‘only representative’).

Whilst this break in the continuity of the supply chain can be resolved by having new REACH registrations, that fix could not happen overnight, as registrations take some time to arrange.

To compound matters, immediately prior to Brexit the companies involved would not technically have the relevant legal status to be able to apply in advance (because the UK manufacturer would still be an EU manufacturer and not able to appoint an only representative, and the EU customer would not yet be an importer entitled to register a substance – they would only have the relevant status to register immediately after Brexit). It is therefore apparent that (at least) a transitional arrangement is essential to avoid widespread disruption.

However, even a transitional arrangement would still require an amendment to REACH, so requires agreement at EU level.  If this issue is not addressed, it is possible that companies in the EU that have purchased from UK companies will look elsewhere within the EU for their supplies, to avoid additional regulatory burdens associated with REACH registration.

Even in a scenario where a transitional period applies to rearrange registrations and authorisations, there remains the issue of duplication of effort and cost.  UK companies have invested in REACH registration, including data acquisition and sharing.

Whist registrations and authorisations can usually be transferred when the ownership of a business changes hands, there is currently no legal basis in REACH for a UK manufacturer to transfer its registration or authorisation to an only representative, or to an importer, in another country.

Therefore, in principle, new registrations or authorisations would be needed, which includes paying fees for access to data (which has already been paid for by the UK company).

There could also be wider data sharing issues. REACH works on the basis of a joint registration for one substance, so companies group together and share data to avoid unnecessary animal testing and duplication.

There are data-sharing agreements between these groups of companies. I can envisage scenarios where UK companies that have paid to access data for REACH purposes may not be able to use that data for a UK REACH system, if their licences only cover use of data for EU REACH purposes.

Will ‘UK REACH’ be linked to EU REACH?

By virtue of the European Union (Withdrawal) Act 2018, REACH will be copied into UK domestic law, with necessary wording changes to correct the so-called ‘deficiencies’.

That in itself does not provide the UK with a working chemical regulation system, because the European Chemicals Agency (ECHA) has been running REACH across the EU, and the UK Health and Safety Executive (HSE) only has responsibility for enforcement.

So, to operate a separate system, we would need our own IT system and database. HSE has recently confirmed that it is planning for all outcomes and has started work to build a UK chemicals IT system in case there is no agreement to link to ECHA’s system.

There are many different possibilities and options as to how the UK could continue to interact with REACH. The government’s white paper on the Future Relationship Between The United Kingdom And The European Union now makes it clear that the UK will seek continued membership of ECHA (albeit without voting rights), so that UK businesses will not need to work through an only representative. This would require a bespoke agreement between the EU and the UK, setting out the terms of the UK’s continued membership of ECHA.

Such an agreement could avoid duplication of systems and registrations, and appears to have widespread support from business groups in the UK and EU.  However, the EU negotiating team have so far rejected it on the basis that the UK’s decision to leave the EU automatically implies leaving the EU agencies, including ECHA. No doubt discussions on this issue will continue, and I will be watching keenly.

REACH is an established regime which operates across the EU borders, and the UK has invested heavily in it. Of course other non-EU states have their own chemical regulation systems and can still trade with the EU, so there are other options out there apart from REACH (although many are very similar and seek to emulate REACH, as it is considered something of a gold standard).

However, those countries had not already built their systems under REACH, and it is the unpicking of UK/EU supply chains, and potential significant duplication of cost and effort in setting up a separate UK system which I consider presents particular challenges.

UK companies involved in the chemical supply chain should be carefully reviewing their supply chains and identifying possible issues so that they can be as prepared as possible for different possible Brexit scenarios.