Brexit Witness Archive: ministers and officials reflect on the path to exit 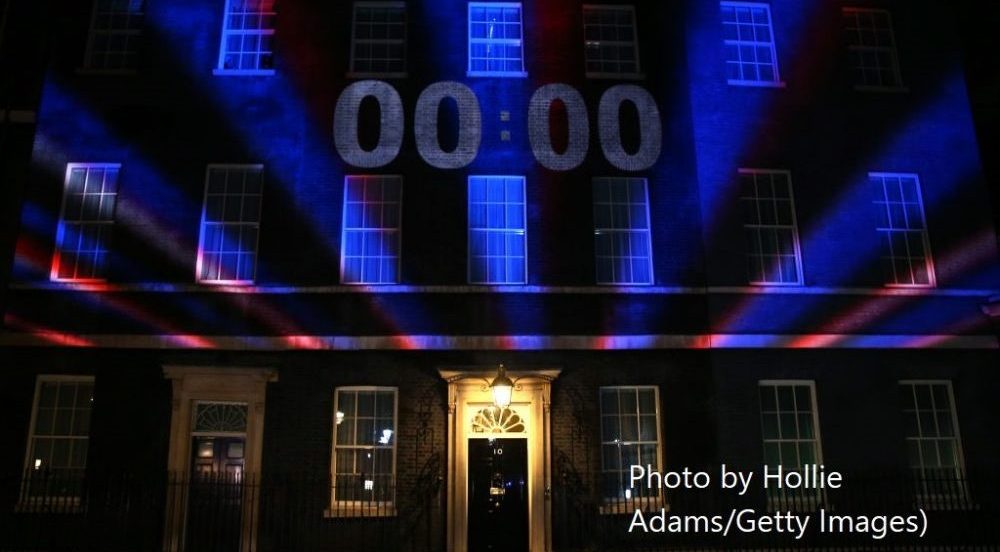 It’s a year – to the day – since the UK formally ceased to be a member of the European Union. It’s a month since the transition ended. Brexit is, in the words of the prime minister’s election slogan, done, for good or ill.

Now, in the middle of the pandemic, it is hard to remember that for four and a half years Brexit was the dominant news story.

It brought down two prime ministers, caused conflict between the government, parliament and the courts which we had not seen for decades, if ever, and reshaped the political landscape.

But it also had major impacts on the shape of government. It added new strains to the relationship between the government of the UK and the devolved governments.  Northern Ireland now has a different trading regime with the EU. The government in Scotland has used Brexit to call again for an independence referendum.

And the civil service itself has changed. It is younger, bigger and taking on a huge range of new tasks.  Former cabinet secretary Jeremy Heywood made clear from the start delivering Brexit was an unprecedented challenge – and that the civil service was ready to do it.

But many Brexit supporters disagreed – and harboured suspicions about the degree of commitment to their project. Individual civil servants found themselves in the spotlight and under scrutiny.

There have been numerous accounts using insider interviews of the referendum and its aftermath – not least in the accounts of Tim Shipman and Anthony Seldon. But many of those sources are frustratingly anonymous – challenging Whitehall’s version of kremlinologists to deploy their top code-breaking skills.

That was why at UK in a Changing Europe we decided to ask key protagonists to go on the record with their in-depth recollections of the Brexit process and tell their story of how we got from David Cameron telling the Conservatives to stop “banging on” about Europe to a pure/hard version of Brexit.

Since last summer Anand Menon, Tim Bale, Alan Wager and I have been interviewing people about their memories of what happened and their reflections on why and what it means for British politics and government in the future.

Our new Brexit Witness Archive is shamelessly based on Institute for Government’s Ministers’ Reflect website (still highly recommended for anyone wanting to understand what ministers really think about their experience in office).

We hope that it will be of interest to anyone who wants to understand the Brexit process – but are particularly keen for anyone trying to understand this exceptional period in British politics to use it as a resource – whether in universities or schools or in the media. The great advantage is that every word is on the record.

Today we are releasing our first six interviews – a cross-section of different roles and perspectives on the Brexit process.

We have Paul Stephenson, one of the leading lights of the Vote Leave campaign along with former Labour MP (and now Cabinet Office non-executive director) the newly ennobled Gisela Stuart who chaired Vote Leave and thought “ if you wanted to find the roots of the Brexit vote, for me, it was actually the Iraq invasion and Blair taking his eye off the ball”.

From the other side, we have Caroline Lucas MP telling us about her misgivings about the tone of the Remain campaign and why she backed a People’s Vote.

But the interviews that are likely to interest civil servants – those who worked on Brexit and those who watched on as Brexit absorbed huge amounts of ministerial and senior civil servant time, effort and mental bandwidth are those with former chancellor Philip Hammond, his former cabinet colleague Chris Grayling, who was Theresa May’s transport secretary, and former Department for Exiting the EU permanent secretary Philip Rycroft. All are worth reading in full.

One of the interesting things to come out is the way individual Cabinet ministers decided their approach to Brexit. Chris Grayling makes clear he was prepared to step down in order to campaign for Brexit.

Grayling claims Hammond frustrated his efforts to prepare for no deal: “In the end, I was, pretty much, the only person in the Cabinet who was doing active preparations for no deal in the face of intense opposition from some others in government, particularly the chancellor.”  Hammond emphatically rejects that and Rycroft thought by the end DExEU had cracked it as a cross-government process.

Hammond also notes how shaken the Treasury was by the referendum: “The Treasury felt battered by the narrative that it had been conducting some kind of disinformation campaign.

People in the Treasury were clear that what they did was produce, objectively, the analysis they were asked to produce, based on the assumptions they were given. Perhaps naively, they were rather shocked to find that they were then placed firmly in the spotlight, centre stage.

The Treasury was slightly – well, not slightly, severely – bruised by that experience and as being painted as the villain of the referendum campaign.”

Rycroft is fascinating on the difficult relationships created by Theresa May’s decision to create a freestanding department Brexit.

As Hammond said: “The Department for Exiting the European Union – a ludicrous notion, absolutely ludicrous.

A rookie civil service trainee could tell you that, That was a stupid idea – and the Department for International Trade, were both gestures.”

Rycroft, who headed the Constitution Group before taking over as permanent secretary at DExEU, is very critical of the handling of the devolved governments: “It was just very, very hard to persuade No.10 and David Davis, as secretary of state for DExEU, that it was worth going that little bit of extra distance to demonstrate that we were listening to the devolved administrations.” The consequences were: “.. giving the narrative to the devolved governments to say, ‘They’re just not listening to us.’”

These are just the first tranche. In coming weeks, we will publish more interviews which shed more light on the troubled passage of Theresa May’s deal and Boris Johnson’s confrontation with parliament and the Supreme Court and how that reshaped the Conservative party. Over time we plan to add more perspectives – not least from the EU side of the negotiating table.

By Jill Rutter, Senior Research Fellow at the UK in a Changing Europe. Read the full interviews from our Brexit Witness Archive here. This piece originally featured in Civil Service World.