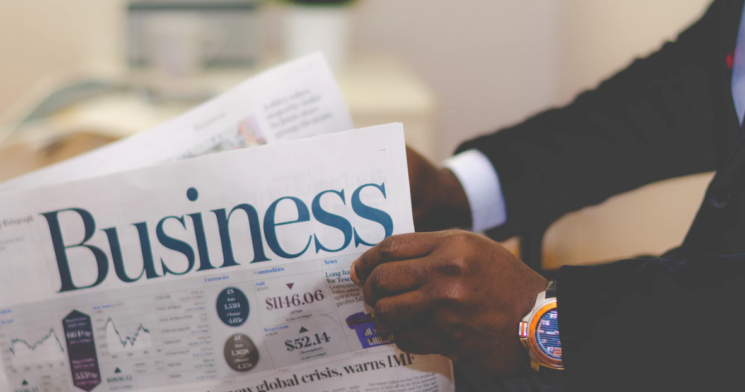 In his most recent Spring Statement, the Chancellor claimed that “the government’s efforts to build a stronger, fairer economy are paying off.” And it is correct that, as the Treasury points out, “the UK economy continues to grow, with wages increasing and unemployment at historic lows.”

But there is no avoiding the fact that the performance of the UK economy over the last ten years has been, by historical standards, dreadful. In the three decades up to the financial crisis, GDP per capita – the best proxy for overall growth of average living standards – rose by about 2 per cent per year. But from the post-crisis low point, growth has been about half that. And, astonishingly, real wages are still below the level of 2008. The last ten years have seen by far the weakest performance for wage growth in recorded economic history.

We do not have to look far for the explanation – productivity growth, or rather the lack of it. As Paul Krugman puts it: ‘Productivity isn’t everything, but, in the long run, it is almost everything. A country’s ability to improve its standard of living over time depends almost entirely on its ability to raise its output per worker.’

During the 1980s, 1990s and early 2000s, UK productivity growth was robust and compared well to other industrialised countries. But since then it has been extremely weak. Although the Office of Budget Responsibility has repeatedly forecast returns to more ‘normal’ levels, they have consistently failed to materialise.

The overall picture is stark. There has been a lack of investment, both public and private. The UK’s housing market is dysfunctional, which inhibits labour mobility. There has been consistent weakness in education, training and skills provision for much of the population. There is an over-reliance on the financial sector, which saw high  measured – but partly illusory – growth in the run-up to the crisis. And, finally, there has been weak management, with a long tail of low-performing firms.

All have probably played a part, although since all are relatively long standing none can in itself explain the post-2008 experience. And the one plausible explanation that is directly related to EU migration – the growth in low-waged employment of EU nationals – does not appear to be supported by the empirical evidence, which suggests immigration overall has, if anything, been positive for UK productivity.

It is also highly probable that macroeconomic policy mistakes have damaged growth. The unnecessary ‘pivot’ to aggressive fiscal consolidation – relying in large part on sharp cuts in public investment – in 2010, driven by now entirely discredited claims that the UK was facing a debt crisis, may well have led to a permanent fall in the sustainable level of output.

However, it is true that, as the Treasury says, the fiscal position has improved considerably. While the government has, sensibly, in practice abandoned its target of balancing the budget, the debt-to-GDP ratio is forecast to fall significantly over the next few years.

But this has been at the price of very large cuts to public services and welfare benefits, resulting in obvious pressures, from the growth in homelessness and the use of food banks to broader stresses on schools, the NHS, social care and the police. Historical experience suggests that this will not be politically sustainable.

Ending austerity, not just in the sense of not making further spending cuts, but repairing the damage that has been done, will require not just a little more money now, but significant real-terms increases in spending for public services over the medium and long term, particularly as population ageing increases demand for health and social care. More borrowing, and, ultimately, higher taxes, will be required.

The clear bright spot is the labour market. Structural changes over the last three decades mean that the UK economy is remarkably good at creating jobs, even when growth is mediocre. While it is true that the flipside of a ‘flexible’ labour market is the growth of a ‘precariat’ – people on zero-hours contracts, in lowpaid self-employment and those in the gig economy – this is still hugely preferable to mass unemployment.

Increasing employment and the higher minimum wage meant that, in the first few years after the crisis, inequality and poverty remained stable – albeit at high levels – instead of rising, as might have been expected given the very large cuts to welfare benefits. However, this appears to be changing, and not for the better.

Analysis by the Institute for Fiscal Studies (IFS) shows that recent wage growth has been almost entirely driven by the very highest earners. Recent figures from the Office for National Statistics (ONS) confirmed that, after a period during which inequality was relatively stable, it now appears to be rising.

The flipside of the rich getting richer is likely to be the poor getting poorer. The latest child poverty statistics show a further increase, driven by another year of benefit cuts. And there’s more in the pipeline. The continued benefit freeze and the three-child limit in Universal Credit will continue to push up poverty.

So, on the eve of Brexit, the UK economy confronts a number of long-standing structural problems – underinvestment, housing and skills – while at the same time facing rising inequality and inadequately funded public services. In this context, perhaps the most striking feature of this list is that it is hard to see how any of these issues relates, except peripherally, to our membership of the EU. Brexit will not do anything directly to improve the education system or increase housing supply, still less to boost productivity.

However, in the broader political context, does Brexit provide the opportunity for a ‘reset moment’? Will politicians and policy-makers respond to the very real discontent with the UK economy revealed by the Brexit vote by focusing on the difficult and often unpopular trade-offs that will be required to address the underlying causes? On the basis of the last two years, it is hard to be optimistic.