Brexit: is Frankfurt the new London? 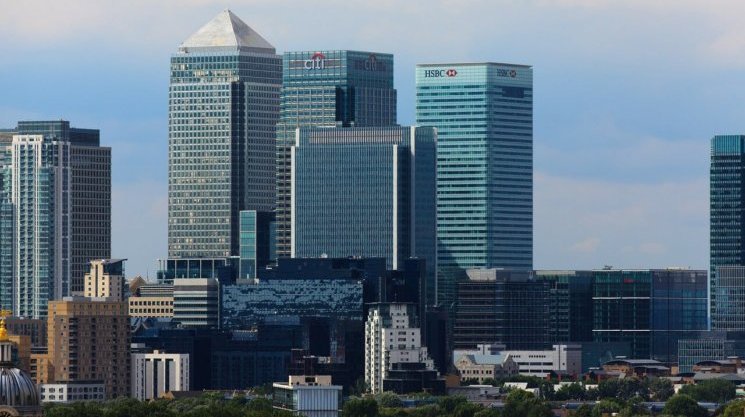 After nearly a year of hints and threats, banks are now beginning to take concrete steps towards shifting their operations out of London. Frankfurt is the location of choice, for at the moment the preparations are being laid, and banks are looking for clarity on the Brexit negotiations before they make a final ‘go/don’t go’ decision.

Why are these banks planning to move away from London? And what are their thought processes?

The EU’s single market in financial services rests largely on the system of passporting, which means that once a bank has established an authorised entity in any EU member state, it’s able to offer services to clients across the whole of the single market.

As a result many non-EU banks have chosen to establish subsidiaries in London, taking advantage of its long-established strengths in finance and its highly-developed markets, and operate from there across the EU. All five of the major US investment banks have their largest European bases in London; also present are banks from Japan, China, Russia, Switzerland, South Africa – and many other countries.

The problem is that there is a very strong likelihood that passporting rights will no longer be available to these banks as a result of Brexit. Passporting, and the system of regulatory equivalence and mutual recognition on which it rests, is exclusive to EU single market and the EEA; if the UK leaves these it will also leave this passporting zone.

If that happens, then these foreign banks (and indeed, many UK banks) will need to re-establish a new presence somewhere on the continent, to continue offering their services to European clients. This will entail moving at least part of their operations out of London, perhaps even closing down their UK entities altogether.

The banks’ thinking rests on several interrelated concerns – beginning with location. Where a manufacturing company needs access to raw materials, supply chains, and machinery, a bank needs to be able to tap a supply of high-skilled labour. This means bankers and traders, but also the clerical staff for the back office, as well as lawyers, accountants, project managers, IT specialists, and so on.

The city needs to have plenty of office space (although trading floors are less space-hungry than they used to be), and should be well-connected to transport links. Ideally too, it needs to have a good stock of smart restaurants, up-market housing and good schools, to tempt staff currently based in London to move away.

Second, banks have to work out the best structure to enable them to continue to offer their services in European markets. They could, for example, establish an entirely new legal entity in the remaining EU, with its own supporting infrastructure and capital; or they could scale up something that they already have, or they could retain their main base in the UK and use a network on the mainland to act as locations for sales and marketing.

Third, the regulatory environment matters hugely. Whatever location is chosen, banks need to gain authorisation for their new structures, and an important focal point here will be the separation between the new European entities and the banks’ risk management divisions. Splitting these is akin to running a steelworks (or a similarly high-risk industrial activity) in one location, but basing the plant’s safety inspectors and management elsewhere.

European regulators are obviously not keen on this approach, and are going to be keeping a very close eye on banks’ proposals: the European Central Bank has made its opposition to ‘brass-plate’ entities clear. For the banks, though, there is a real fear that with so many making the move at the same time, European regulators simply will not have the bandwidth to process all the approvals in such a compressed time frame.

All these components come together in changes to the banks’ operations models. These define the interactions between the front office – where the money is made – and the management and control functions; they also cover the links between the banks’ business processes, the IT systems, and the people.

In the past decade or so these models have adapted to handle the off-shoring of various support areas (accounts, trade processing, IT, and so on) to remote locations, often in India. As the banks open new outposts in mainland Europe, new chains of command will have to be established, and new connections with the back office hubs. Regulators – both at home and in Europe – will be scrutinising them thoroughly, looking for signs of increased riskiness arising from poor planning.

The pressure here is intense. A move of this scale and complexity would normally be planned and executed over a timeframe of three to five years – but here the deadline is March 2019.  And as if this wasn’t hard enough, the planning has to happen against a constantly-moving backdrop.

In Europe, a major piece of legislation (the Capital Requirements Directive) is up for renewal in the next few years, and a new version of another (MiFID II) comes into effect in January 2018. At home, meanwhile, the UK Financial Services Act will require banks to separate their retail and investment banking activities from January 2019.

But a far greater source of uncertainty comes from Brexit itself, because the routes into the EU’s markets for banks based in the UK might vary considerably according to how the ‘hard’ or ‘soft’ options play out. If the UK stays in the Single Market, or (as is more likely) a lengthy transition arrangement is implemented under which passports remain valid, then much of the pressure is lifted and banks can proceed at a more normal pace.

Alternatively, in the case of a hard Brexit, provisions in EU legislation governing financial services would enable UK-based banks to continue to offer certain services to certain clients. For this to remain viable, though, the UK’s regulatory regime would need to remain in line with – or ‘equivalent to’ – that of the EU.

Given the extremely tight timelines involved, and the significant hurdles to be cleared before Messrs Davies and Barnier can move onto discussions of possible trade deals, it is not surprising that banks are planning for a sharp Brexit and that their plans are leaning towards moving their European business to a fully-equipped, EU-based subsidiary.