Brexit’s changes to the UK constitution 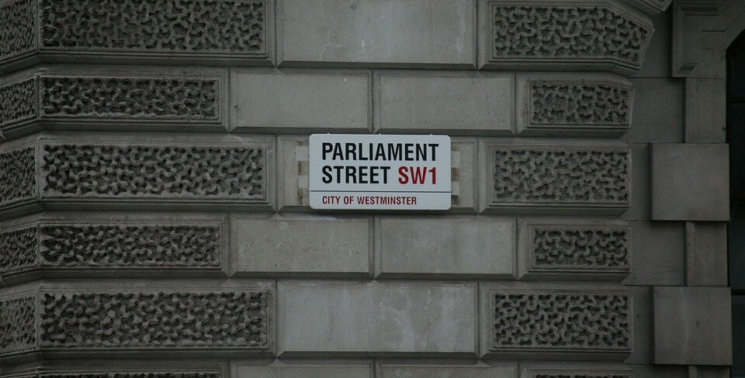 The EU (Withdrawal) Act became law on 26 June 2018 and contains over 10 pages of provisions on the nature and legal status of ‘retained EU law’ in UK law.

These lengthy and detailed provisions outline the new constitutional framework for law-making in the UK after Brexit on subject areas that have been EU competences, such as equalities protections.

Consequently, the EU (Withdrawal) Act must be understood as a mini-constitution for law-making in the UK, which came into effect when the Act received royal assent on 26 June 2018. It gave ministers delegated law-making powers to change retained EU law, many of which were so-called ‘Henry VIII powers’ because they allow ministers to change primary legislation through delegated legislation.

The scope of these delegated law-making powers in the Act will be established over time as those powers are exercised by ministers and, perhaps, challenged in the courts.

Similarly, the effect of the changes that the EU (Withdrawal) Act made to delegated law-making powers in other existing primary legislation — so that those existing delegated powers could be used by ministers to change retained EU law — will also be understood over time as those expanded powers are used.

The process of devolution in the UK has taken place in the context of EU membership, and the EU has provided shared overarching legal and governance frameworks for areas such as agriculture.

There is likely to be a complex process for establishing and developing post-exit ‘common frameworks’ of shared governance for subject areas where there is some element of devolution — these common frameworks are a new concept in the UK constitution.

The changes to the UK constitution resulting from Brexit are not finished, and although the final outcome on a Brexit deal is not yet known, what is certain is that there will be further constitutional changes.

The government’s white paper on the EU Withdrawal Agreement Bill reflected my conclusions in a paper for the Hansard Society on changes needed to the EU (Withdrawal) Act to accommodate a transition/implementation period.

The complex constitutional framework needed for the termination of the UK’s EU membership has yet to be finalised.  Furthermore, if there are areas in which the UK and EU agree to have legal harmonisation or alignment as part of their future relationship, for example under a ‘common rulebook’, then this will need to be reflected in UK legislation and may well have constitutional consequences just as the European Communities Act was a constitutional statute.

How can stakeholders engage with the process of changing retained EU Law?

Legal standards and protections in many areas such as labour law, equalities, consumer safety standards, and the environment, are the product of the combination of UK and EU law, which have become intertwined since the UK joined the European Communities in the 1970s.

Stakeholder organisations that work in these areas helping people understand and secure their rights have important knowledge to contribute to legislative changes in their areas of expertise.

In some cases, laws for Brexit will be made by primary legislation. For example the Agriculture Bill has been heralded as the key instrument for legal changes concerning agriculture, although the Bill itself makes relatively few changes to the law and instead gives numerous powers to ministers to change the law through delegated legislation.  But as explained above, the effect of the EU (Withdrawal) Act is that many changes to the law will be made by ministers through delegated legislation.

There is a new process for Parliament to look at much of the delegated legislation under the EU (Withdrawal) Act through sifting committees in each House of Parliament.

The new sifting committee in the House of Commons is encouraging the public to submit comments to inform the committee’s work, and the House of Lords committee undertaking sifting also welcomes comments from the public.

However, there are already concerns that the government will ignore Parliament’s recommendations for how this delegated legislation should be scrutinised without giving reasons until after the delegated legislation is made, and thus undermine the parliamentary safeguards for this law-making process.

We need to talk about the constitution

Questions of constitutional processes, structures, and frameworks are being resolved in an ad hoc fashion as an incidental by-product of addressing the substance of Brexit.  For example, the legal status of ‘retained EU law’ — entirely new categories of laws in the UK legal system — received almost no debate in the House of Commons during consideration of the EU (Withdrawal) Bill, whereas UK membership of a customs union with the EU or the EEA single market received much more attention from MPs.

Similarly, the constitutional frameworks for parliamentary consideration of international treaties with domestic legal consequences, such as trade deals, have tended to be under-examined.

Fundamental constitutional questions such as how laws are made in the UK warrant public discussion in all four nations and the regions of the UK so that the process is informed and considered.

Mechanisms for these constitutional discussions are few at present, but Brexit is a moment that provides an opportunity for, and makes a necessity of, talking about the constitution.

By Swee Leng Harris, Head of Policy and Public Affairs at The Legal Education Foundation.