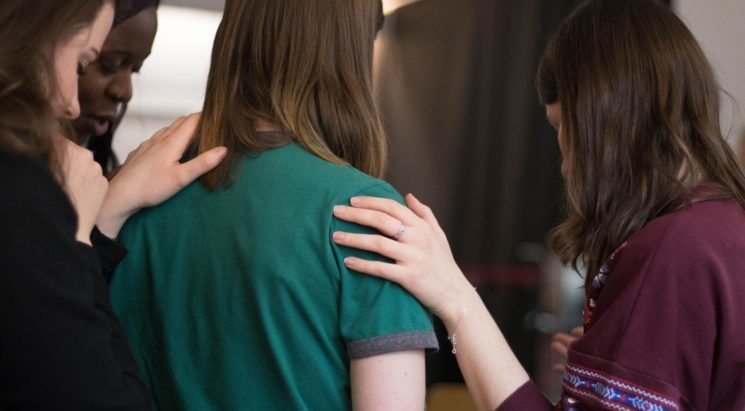 To mark International Women’s Day, I was asked to write about the impact of Brexit on women in the UK. The short answer is, there is no impact on ‘women’ since women are not a single group, but rather have very different experiences and interests depending on their race, ethnicity, social class, disability and transgender status, sexual orientation, migration status, age, and whether they belong to a minority faith.

The further complication is that impacts on women will differ in the different nations of the UK, since these to some extent have distinctive gender, and wider equality policies. They also have different political parties in power with varying commitments to gender equality.

However, what we can say with some certainty is that Brexit is already having, and is likely to continue to have, serious negative effects on women who are marginalised by the factors I’ve listed, and their combinations.

These differences among women were reflected in who voted for and wanted Brexit. While a smaller proportion of women overall voted to leave the EU than men (49% of female voters compared with 55% of male voters), still almost half of women who voted in the referendum voted to leave.

As Matthew Goodwin and Caitlin Milazzo have argued, much of the vote for Brexit (across gender) can be attributed to ‘concerns’ about immigration, and the subtext to this is really race, and racism. Only among white voters did a majority vote for Brexit – 53%, as compared with 27% of black voters.

Objection to immigration among both male and female Brexit voters is not limited to European migration, and feelings about European migrants differ depending on where in Europe they are from. There are examples of objection directed at east European migrants who, while white, may be perceived as not quite white enough.

Meanwhile, the increase in racially motivated hate crime associated with Brexit is not directed primarily at European migrants, but at black, Asian and other minority ethnic women and men, many of whom are several generations British born, with their families having arrived in the UK as citizens.

What the sentiments against all of these groups among some white British women and men who voted to leave have in common is that they come from an anxiety associated with a perceived potential loss of social status.

As Gurminder Bhambra put it, ‘it is the loss of this privileged position – based on white elites and a working class offered the opportunity to see themselves as better than the darker subjects of empire…that seems to drive much of the current discourse’.

Yet, it is important not to dismiss these feelings about immigration (i.e. race) as belonging to an ‘ignorant white working class’ (the so-called ‘left behind’ – constructed as male) since actually leave voters are found along the spectrum of social class – and also since in fact black, Asian and minority ethnic people are actually disproportionately working class.

It may be argued that, like the majority of white women in the US who voted for Trump, white women who voted for Brexit put their racial interests ahead of their gender and/or class interests – but actually it is impossible to separate these kinds of interests out from one another.

Commentators anticipate that Brexit will result in a further weakening of the welfare state, which will disproportionately impact women as compared with men.

Similarly, the possible weakening of employment rights which have their origins in EU regulation will disproportionately impact marginalised women, as would any recession resulting from leaving the EU.

The already felt increase in hate crime associated with Brexit is a gendered issue.

For example, Muslim women who wear a hijab (headscarf) or niqab (face veil) are frequent targets of hate crime motivated by the nexus of race, religion and gender – and this gendered Islamophobic hate crime affects not only self-identified Muslim women, but also women from other minority ethnic communities wrongly perceived to be Muslim.

Not only is much of this hate crime (understandably) unreported and so not captured in hate crime statistics, but when it is, it is not often recorded in such a way that reflects its nature as a combination racial, religious and gendered issue.

The gendered nature of Islamophobic hate crime may also be downplayed by male dominated third sector organisations working on hate crime, as I have found in my research. These incidents are met with various forms of resistance by Muslim women, and Muslim women’s organisations campaign on this issue.

In sum, this International Women’s Day, when reflecting on Brexit’s impact on women, let’s remember that it will not impact on all women equally.

Negative effects will be disproportionately felt by women who are already marginalised. Many (white British) women voted for Brexit, and racism is one undeniable explanation for this. The increase in hate crime associated with Brexit, one manifestation of more general increases in racial discrimination, is a pressing feminist issue.

By Ashlee Christoffersen, PhD Candidate in Social Policy at the University of Edinburgh and an equality research consultant.