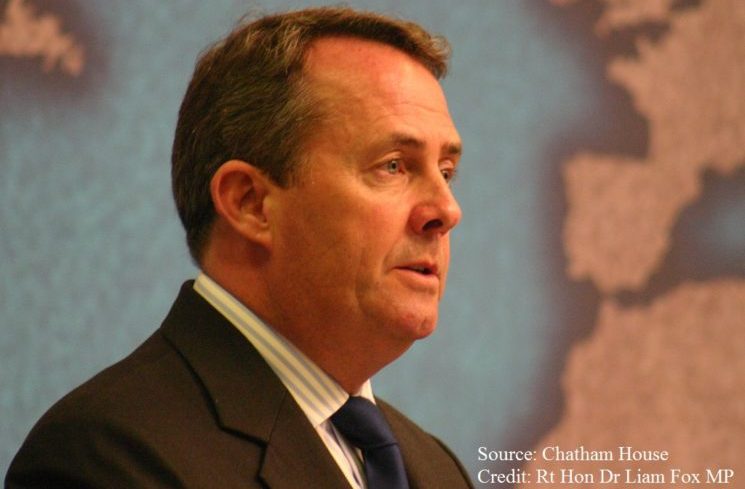 With only eight weeks to go to the referendum, we need to take a hard-headed and practical look at the issues relating to our relationship with the European Union, unmarred by sentiment or romantic notions. So let me begin bluntly.  Not only does the EU fail to magnify Britain’s interests but its Political, Economic and Security failures pose a threat to Britain’s wider National Interests.

In an era of globalisation we are locked into a backward and inward looking model, designed in the 1950s and executed by bureaucrats and a political class seemingly indifferent to either the wishes or needs of their citizens. We have witnessed a generation of young Europeans having their hopes for the future sacrificed on the altar of the single currency with all the Security and Social tensions that this is likely to produce over time. Our economic and trading interests are compromised by our proximity to the crude and useless straitjacket of the single currency.

The relentless pursuit of a pan-EU diplomatic service, combined with the inexplicable willingness of successive British governments to cut our overseas footprint at a time of unprecedented global opportunity, has resulted in the Foreign & Commonwealth Office being reduced to little more than the EU embassy in Whitehall.

Let me, at the outset draw the distinction between Europe and the European Union, one being a continent of independent nations each with their own proud history and identity, the other being a recent supranational political project.

When I last spoke at RUSI on the subject of the European Union it had just received the Nobel Prize for peace. I said then that the EU’s pretensions in defence and security verged upon little more than a vanity project.  With no money spent on top of NATO commitments, the entire process risked the duplication and diversion of funds earmarked for NATO, leading to a weaker not a stronger European continent and the undermining of the transatlantic Alliance.

We have now seen the consequences of that trend.  Despite having 500 million people in the European Union, compared to the 900 million in NATO, the EU members of the alliance contribute a paltry 24% of the budget – and if United Kingdom is excluded a mere 17%.  The United States, by contrast carries over 72% of the budget on its own shoulders.  It is a sign of the inherent political, and some would say moral, weakness of continental Europe that it is now contributing less to its own security that was at the end of the Cold War.

And make no mistake.  There are those at the heart of the EU project who see NATO as a stumbling block to their ambitions for ever closer union, denying as it does, access to this particular policy space.  Too many European leaders feel that their nations are better suited to be peacekeepers than war fighters as one EU Minister told me.  This is to ignore a basic truth – you can only keep the peace, if there is a peace to keep.  The bitter and brutal lesson of history is that peace, like freedom, sometimes has to be fought for, and sometimes even died for.  For some of our partners, the EU’s defence pretensions allow them to believe that there is a soft security option available in an era when the world has seldom been so dangerous.

The consequences for the United Kingdom are obvious.  As one of the few countries meeting its 2% NATO commitment, British taxpayers are paying a disproportionate share of continental European defence.  Far from magnifying capabilities in the potential application of hard power, our partners are increasingly taking a free ride on our substantially greater capabilities.  It is worth noting that the British and French budgets now constitute more than 50% of all defence spending of European continent.

When Jose Manuel Barroso took time out to accept that Nobel Peace Prize and the plaudits for half a century of success in the EU, many of us warned at the time that the single currency was so fundamentally flawed but it would create social upheaval with potential security implications.

Several Greek bailouts later, with an incipient Italian banking crisis due at any time and with increasing numbers of young Europeans from the South of the continent heading North for better economic prospects, the dangers of social dislocation must be clear to even the most starry eyed Europhile. This is before we even take account of the millions of migrants coming to Europe from Syria, Iraq, Afghanistan, Pakistan, Eritrea and beyond and the security risks we might be importing.

For, let’s be clear, when these migrants are naturalised and receive citizenship from any other EU country they will have the right to settle in the United Kingdom, just as 1.2 million EU citizens have done over the past 10 years. Those countries receiving them do not know whether they are genuine refugees, economic migrants or potential sympathisers with hard-line Islamist elements from their region of origin.  And neither will we. It is a risk too far and yet another example of where our ability to control our own security is being diluted rather than enhanced by our close links to the European Union.

There are those who claim that we will be less safe if we leave the European Union because of the intelligence sharing that we have.  Let’s again be brutally frank.  Our closest intelligence sharing is within the five eyes community – with the United States, Canada, Australia New Zealand.

There are reasons why these are our closest intelligence relationships, not least the security of information. Our security services are much better than the comparable ones on the continent, as recent events appear to have corroborated, and it is in the national interests of many of our continental neighbours to be able to tap into our intelligence gathering networks.

Are we really to believe that the German chancellor of the French president would willingly forgo access to British intelligence information as some form of political punishment for exiting the European Union with the consequence of increasing the risk to their own citizens? It is in our mutual interest to continue such arrangements and those interests would not change if Britain were to be outside the EU.  It is ridiculous to the point of childishness to pretend otherwise.

Likewise, our willingness to cooperate with other Western allies over issues such as financial sanctions on Russia would be subject to the same considerations of mutual and national interest as before.

One of the more absurd assertions made by the remain campaign is that President Putin would be happy to see Britain leave the European Union and that this would increase his appetite for aggression. Am I mistaken or were we not part of the EU when Russia launched a cyber attack on Estonia, invaded Georgia or annexed the Ukraine.  Not only do I believe that the behaviour of Putin has been exacerbated by Western appeasement for a number of years but I believe that in subsuming many of the political responsibilities of NATO, the EU has weakened, rather than strengthened that most important of alliances.

Let me just conclude with the word about other EU ambitions which will dilute British influence.  Those who believe that the EU has no ambition to replace British and French seats on the Security Council of the UN with a single EU seat should think again.  Anyone who has read the five Presidents report can see exactly the direction of travel. The Security Council seat would go the same way as is intended for our seat on the IMF and our seat on the World Bank.

Just as our influence has been diminished by our inability to have a voice, as the world’s fifth biggest economy, in the World Trade Organisation, so our voice would be snuffed out in these other global bodies.

We have a choice to make on 23rd June which is much more profound than simply our membership of the European Union itself.  It is this – do we believe that a supranational body is an appropriate vehicle for prosperity, stability and security in the 21st-century.

I do not. I believe in international institutions not a supranational one. I want cooperation with our partners and allies where it is in our mutual interest to do so but I believe in keeping separate the instruments by which we can pursue Britain’s independent national interests if that is required. I want to leave the European Union because I want to get control of our law-making and believe that an unelected court that is able to override our democratically elected parliament is an affront in the 21st-century. I want to get control of our borders and believe that any country that cannot do so is not a free and independent nation.

Finally, I want to get control of our money and when we consider that we have sent, since we joined the common market in 1973, £175 billion more to Europe than we have received back, we must ask ourselves whether the sclerotic, inflexible and undemocratic model currently being pursued, designed in the 1950s in the post-war environment and the bipolarity of the Cold War, is in fact a dangerous anchor on our national aspirations in a world where flexibility and agility will be king. We are not leaving the EU but joining the rest of the world.

Dr Liam Fox is a British Conservative politician, Member of Parliament for North Somerset, founder of the charity Give Us Time, and former Secretary of State for Defence.