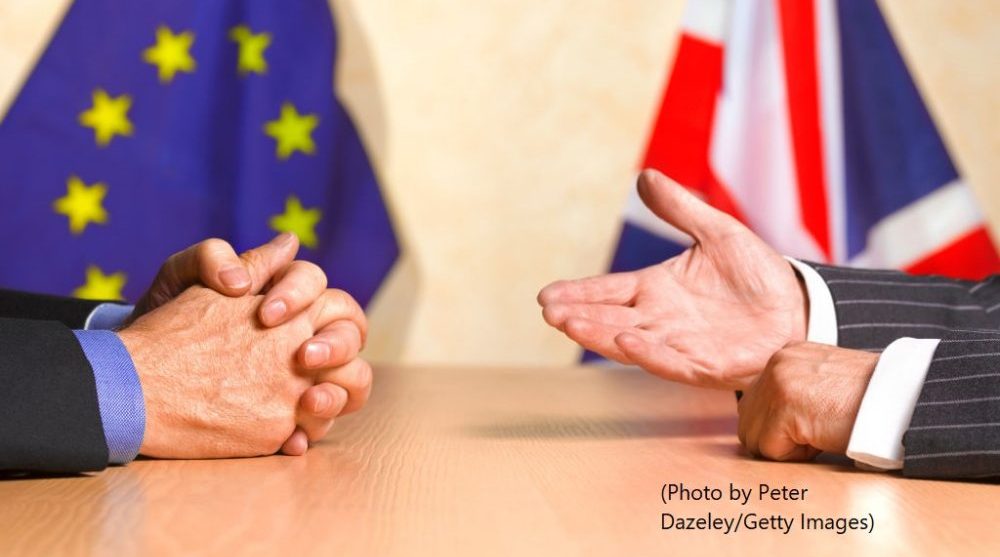 Although 31 December 2020 had long been set as the end of the transition period, the UK was not ready for the transfer of responsibility from the EU. Moreover, further change is likely. The Trade and Cooperation Agreement may have enabled the two sides to avoid the disruption of no deal, but it also leaves substantial unfinished business. Looking further ahead, it is unclear that the UK will have much latitude to use the regulatory autonomy that it secured through its pursuit of sovereignty to diverge from existing policy.

It faces constraints imposed by the deal itself, but also others that derive from international conventions, international law, and other sources.

These are the conclusions of the report, UK Regulation after Brexit, released today by a team of policy specialists and produced by ‘The UK in a Changing Europe’, the Centre for Competition Policy, and Brexit & Environment.

Is the UK ready?

On 1 January 2021, following the expiry of the transition period, the UK assumed responsibility for regulation from the EU.

Rule-making and regulatory tasks that had been performed by EU bodies on behalf of the member states across the full range and breadth of public policy returned to the UK.

In addition, the Trade and Cooperation Agreement imposed its own regulatory requirements relating to the border with the EU that the UK’s withdrawal has created.

In some cases, such as aviation, competition policy, and consumer protection, the Government decided to enlarge the responsibilities of existing agencies. In other areas, including the environment, it established completely new bodies.

A cross-sectoral overview reveals important gaps in the governance of key areas. In environment, for example, as a result of the delay in passing legislation, the new Office for Environmental Protection is not yet in place. Indeed, it may not be fully operational before the end of the year.

Other elements including policy instruments and infrastructure are also missing. Although the UK has left the EU Emissions Trading System, the UK version remains in development.

Elsewhere, the Goods Vehicle Movement System (GVMS), which will allow operators to file paperwork to secure advance approval to cross the EU border, is still under development.

In a number of policy areas, stakeholders have expressed reservations about the design of British regulators and whether they are suitable equipped.

As well as staffing and budget, concern has been raised as to whether UK bodies have the appropriate powers, especially in enforcement.

Because EU agencies are backed by EU law and the European Commission and Court of Justice of the European Union, they are able to ensure effective compliance, including on the part of governments. It remains unclear in some areas whether UK regulators will have the same clout or enjoy the same independence.

They are also worries about how, or indeed whether, British bodies will be able to compensate for the effects of losing access to EU resources.

This applies to EU agencies, such as the European Environment Authority, which is an invaluable source of information for policy making, from which the UK has withdrawn, as well as networks, such as the European Competition Network, which shares data and expertise that the UK Competition and Markets Authority used to pursue antitrust issues with a transnational element.

Similarly, it is unclear how policy instruments, such as the European Arrest Warrant, used by the UK to find, arrest and extradite11,300 people in the ten years up to 2019, or the European Criminal Records Information System, which is an important tool for cooperation on crime, can be replaced.

The fact that the Schengen Information System (SIS II), used by UK police forces more than 500 million times each year, and Europol databases are no longer available to British authorities, is a particular concern.

Duplication is a further issue. In aviation, the UK Civil Aviation Authority will perform many of the same licensing, certification and approval functions that are carried out by the European Air Safety Agency. Costs will not only be borne by the UK taxpayer.

Pilots and flight crew, airline companies, manufacturers, training organisations and others wanting to operate in both the UK and the EU will need to submit to the same accreditation processes in both jurisdictions.

In chemicals, companies will have to register with both UK and EU authorities at an estimated cost to the industry of £1 billion. Duplication is not only expensive, it creates uncertainty and over time may lead firms to choose to make a decision to be active in one market rather than both.

The process of regulatory adjustment is also patchy and incomplete for reasons related to the scope and provisions of the Trade and Cooperation Agreement.

Defence and foreign policy, for example, are not included in the deal, but it seems likely that the two sides will want to cooperate in the future.

In some sectors, such as equivalence in financial services, a decision on the EU’s part is pending, leading to some anxiety and uncertainty over the fate of the City of London. In others – for example, consumer protection – agreement still needs to be reached between the EU and the UK.

In others still, transitional arrangements introduced to smooth the transfer from EU to UK regulation will require action the part of the Government or stakeholders when they expire.

British exporters to the EU, for example, are currently permitted to self-certify their compliance with rules of origin, but this possibility has only been extended by the EU for a fixed period. Importantly, the Agreement links a review on energy cooperation to fishing. More broadly, the entire deal will be reviewed every five years.

Moreover, there is unfinished business on the UK side. Key policy decisions have yet to be taken in a number of areas. Quota allocation across the UK fishing fleet, for example, has yet to be decided, and is like to raise tensions between the four home nations. Decisions are also awaited on how SafeSeaNet, CleanSeaNet and THETIS, instruments for the sharing maritime safety, security and environmental information, are to be replaced.

What prospects for divergence in the long term?

The UK has ceased to be an EU member state, but there is a question mark about whether policy divergence is a real possibility in the longer term.

Despite the new impediments to trade, the EU remains the UK’s largest trading partner. There is a clear asymmetry in the size of the respective economies, and the EU is aware of its bargaining strength in international trade agreements.

Both the asymmetry and the EU’s experience are reflected in the Trade and Cooperation Agreement, where the single market is strongly safeguarded, and non-regression clauses, the possibility of cross-retaliation, and the single governance framework limit the possibilities for British divergence.

But the Agreement is not the only constraint on the UK. In many sectors, obligations are imposed by international treaties and international law.

Pragmatic considerations also need to be taken into account. In areas where the EU is a global standard setter, for example, departure from EU norms would place UK producers at a competitive disadvantage.

Moreover, business itself may be wary of too much change. As David Bailey notes in the report: ‘While the UK government highlights possible regulatory divergence as a benefit of Brexit, at the moment industry sees it solely as a cost given that it has invested heavily in complying with the current framework’.

The report shows that, despite the changes in British regulation, the UK was not prepared to assume responsibilities from the EU, and that there are important gaps in governance.

The difficulties that have been experienced so far are not teething problems, but reflect a structure change. Moreover, the process of adjustment is far from complete.

Yet, in many sectors, the prospects for policy divergence, which was central to the UK government’s pursuit of sovereignty, are limited, and not only due to the terms of the Trade and Cooperation Agreement.

By Hussein Kassim, Senior Fellow at the UK in a Changing Europe. This piece originally featured in ConservativeHome. You can read the full report on UK regulation after Brexit and watch the launch event here.