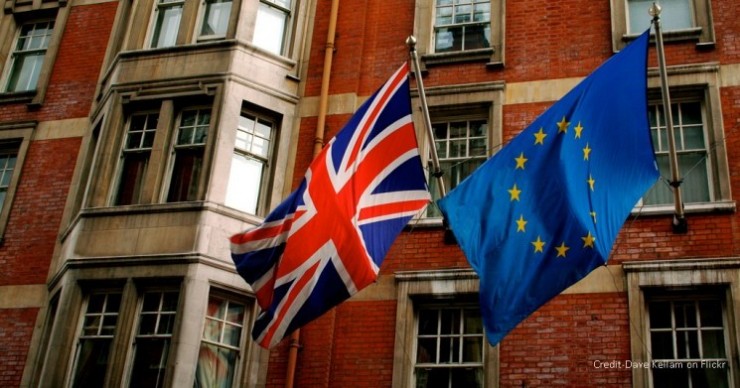 The problematic relationship between Britain and the European Union is rooted in an original sin which continues to shape the debate.

At its heart is “English exceptionalism” – a phrase that can trigger the sort of reaction which used to be reserved for heresy. Those who refuse to recognise that England’s history is different from that of her Continental partners will fail to understand how to convince so many of their sceptical or indifferent countrymen that ever-closer political union is something Britain needs.

For the original six members of what was then the European Economic Community, it was obvious. They came to the idea from the experience of defeat and occupation; it was an alternative to what looked like failed states.

Britain, as one of the “Big Three” World War allies, wished their troubled neighbours well and hoped it might finally solve the German question which had haunted them since 1871. But they saw no reason to suppose their history as an imperial people was at an end. England had been a state since the seventh century, and its history, after the Norman Conquest, was one of steady expansion; nothing in that history pointed to its ending in an “ever closer political union”.

It was only the crisis of imperial confidence post-Suez, and the economic stagnation of the late Macmillan era, which prompted Britain’s rulers to wonder whether they ought not, after all, to try their hand in “Europe”. They took it for granted that, once in, Britain’s position as a Great Power would allow them to play a leading role in the politics of the Common Market, and so concentrated on what mattered to them, which were the economic arguments. In this, as it turned out, there were two errors: one about competence and the other about timing.

If Britain had deigned to become a founder member of the Common Market, then she would have been able to have named her terms and helped create its structures. But coming in as she eventually did, in the early 1970s, those structures were set, and Britain’s negotiators were unable to strike the sort of deal they had wanted. This failure was compounded by the fact that the period after 1972 witnessed the first post-war economic crisis, which meant that the promised economic gains were far fewer than had been predicted.

These events meant that, from the start, Britain’s relationship with the rest of the Market was an unsettled one. When the anti-Marketeers, from Enoch Powell to Michael Foot and Tony Benn pointed out that the Treaty of Rome provided for an “ever closer political union”, Heath resorted to two tactics, both of which left their scars: the first was to deny that we were entering a federal Europe; the second was to deploy the economic argument.

It may have been strictly true that we were not entering a federal Europe, but it left a largely disinterested electorate with the impression that we were entering a Market and not a political arrangement. That was clearly its purpose, but it had two unfortunate effects which are with us to this day: in the first place it created the impression that our leaders had been economical with the actualité; and in the second, it left economics as the only reason to be in Europe. And so, as the economic gains failed to materialise in abundance (except in Scotland and Wales) it left that same English electorate wondering what the point of the whole thing had been. It hence became perilously easy to argue that the English were paying a huge price to be governed by a Franco-German axis.

This feeling might have been offset had anyone seriously mounted what one might call the “high road” arguments for British membership, the visionary ones about preserving our common European heritage.

“Europe” had provided an answer to the German question; it did provide a model for countries like Spain and Portugal emerging from dictatorships; and it didoffer the economic security of a large trade bloc. But those in favour of the Common Market had never made such arguments a mainstay of their case, and in the face of an electorate which was mostly indifferent where it was not sceptical, most politicians who sought office stuck with the “low” of economics. After all, economic figures can be manipulated to prove whatever you want to prove. The Liberal Democrats proved an honourable exception to this general rule, but as they seemed in perpetual opposition, they could afford to mount visionary arguments.

If Europe failed to deliver the economic goods, Britain’s politicians turned out not to be very good at European politics, either in the Commission (where they generally failed to get their people in any numbers in the serious portfolios), or in the parliament, where they generally failed to join the most influential groups. Used to a system which delivered strong single-party government, the British were no good at coalition politics in Europe. A country used to being a world power seemed diminished and less powerful, and it was simple enough for opponents of the EU/EEC to attach the blame for these things to “Europe” – far easier than politicians admitting their own deficiencies.

Can the effects of this “original sin” be undone? Not if current portents are anything to go by. Again, with the honourable exception of the marginalised Liberal Democrats, we see no major political figures make the “high road” visionary argument. The main answer to the argument that we are in an “ever closer political union” seems to be that we have “opt outs”.

To an electorate which has failed to buy into the idea of “Europe” or to take much interest in it, that might just be enough to win the referendum campaign, when combined with some suitable concessions gained by a politically skilful prime minister. But it will not win many hearts and minds, and whatever the result, in the absence of a convincing deployment of a case for the vision of ever closer union, the arguments will continue.

By John Charmley, Professor of History, UEA. This piece was co-published with The Telegraph.