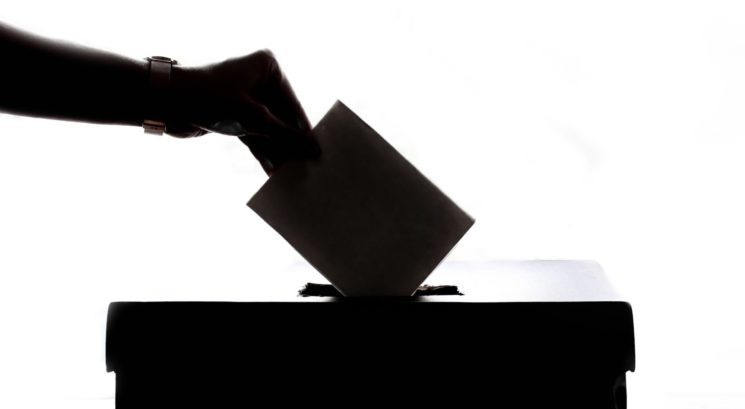 Few things are more valuable than living in a democracy – though British voters have never before been asked to take part in three general elections and a referendum in five years.

The tension around these high stakes political moments is further heightened by the pace and intensity of online political debate – as well as by polarised perceptions over Brexit, and other key issues in the election.

After the most fractious parliamentary session for many years, we could be heading for Britain’s angriest election.

Yet it is important to acknowledge that anger can have a legitimate place in political debate too.

‘I’m never voting for you again’ is one way to express the power we have in a democracy: the chance to throw out those who govern us, and to choose somebody else instead.

Righteous anger, alongside hope for a better future, has often fuelled political causes, giving urgency to civil rights movements against racism or prejudice, or those seeking to tackle climate change.

Anger can curdle into a sourer politics of grievance, yet that too may be an important indicator of democratic dissent.

Voters in towns and cities, from majority and minority groups, may have a common experience of feeling that they are never listened to.

But anger in politics must have its limits – like when it threatens fundamental democratic or social norms.

Yet the debate about the culture of our polarised politics often mixes together several different themes and concerns – from intimidation and threats of violence, to social norms against hatred and prejudice, to civility and incivility in political discourse, and the case for and against ideological or consensus politics.

So protecting the foundations of democracy may depend on greater clarity about which of these issues we are talking about – and what steps we need to take in response.

Democratic politics is fundamentally about the peaceful resolution of social disagreement and conflict. When political debate spills over into intimidation and threat, it has clearly crossed that line.

Since women and ethnic minorities receive a disproportionate share of abuse, this can become a deterrent to participation in public life.

Even if politicians are determined to plough on despite the abuse, this must not be accepted as an unfortunate fact of life. It remains a violation of equal citizenship if the legitimate expectation of being able to participate in the public square on equal terms is not met.

It is less clear that polarisation is in itself a problem.

Granted, it could lead to deadlock. But there may be something of a ‘thermostatic’ effect in debates about whether politics have become too ideological to get things done – ‘why are they shouting, when they could be working together’ – or too consensual to offer voters a real choice – ‘why are they all the same?’

So what could be done to counter anger in politics when it crosses the line?

Sermons from multi-faith pulpits encouraging everybody to disagree well may have some place in helping to encourage norms of decency, but they won’t make much difference if politicians don’t believe they align with their political incentives.

We should press our politicians and political parties to observe limits on language: particularly the boundary between opponents and enemies, which is where rhetoric can legitimise violence, including death threats.

Political activists can play their role too. Most activism is within the bounds of democratic decency.

We should recognise that norm and do more to celebrate it. But partisanship is a powerful drug.

People will see their opponents’ behaviour as egregious, but argue that the behaviour of allies is acceptable.

It may be legitimate to challenge opponents who fall short of democratic norms and decency, but protecting such norms is also about being wiling to apply standards within your own political ‘tribe’, not just to call opponents out.

Civil society voices outside politics should advocate for that consistency.

Heightened and polarised political moments can lead to spikes in hate crime. Hate crime, at least, could be something that we should all be able to agree on.

But if political voices want to show that their opponents are irredeemable, it is important that civil society actors seek to protect anti-prejudice norms robustly in a vigilant and calm way that spans political divides, recruiting those with a wide range of political views to uphold them.

We can all play a role, within and beyond parties, in the age of the twitterstorm, in trying to do more to differentiate between serious threats to political norms and trivial examples of clumsiness that are a cause for embarrassment, rather than an outraged call to arms in a culture war.

The media should try to do more to reflect the importance of actual democratic norms, rather than the entertainment value of hyper-polarisation, especially if public service broadcasters are saying that they are trying to reflect the public voice.

Thus, for example, the Question Time audience is ‘balanced’ but in an unbalanced way: it may seek to get an arithmetic balance of Leavers and Remainers, but an even balance of hyper-partisans, with former candidates in the audience trying to create a viral clip, is a cartoon caricature of actual public opinion.

Elections polarise. Politicians talk about wanting to heal the divides – but they want to win the next election or referendum first.

This general election challenges us to show we can keep democratic arguments within the bounds of decency, and it will test competing hypotheses about why we got stuck.

If the ‘people versus parliament’ theory – that the public were united in wanting their politicians to move on – is valid, voters will presumably elect a government able to resolve the deadlock this time.

If the outcome is unclear, we might conclude instead that a divided parliament reflects a divided country.

One of the frustrations of democratic politics is that none of us ever get everything we want – because the point of democracy is to recognise that other people’s views count too.

By Sunder Katwala, Director of British Future. The piece precedes an event hosted by UK in a Changing Europe and British Future, on the tone of the election. Register here.