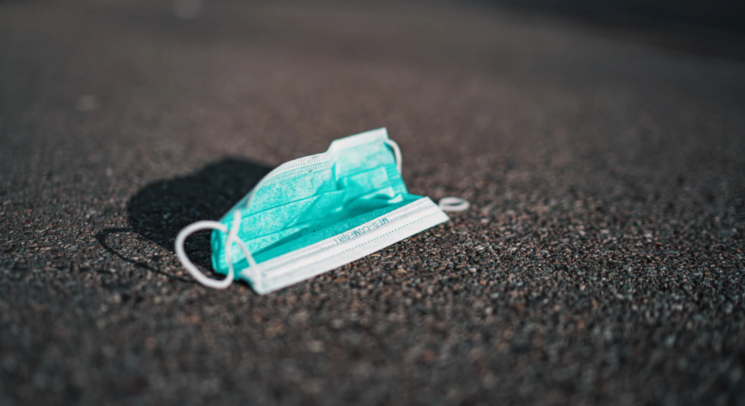 The recent National Audit Office (NAO) report into government procurement during the Covid-19 pandemic contained the unsettling phrase that there was ‘a high-priority lane to assess and process potential PPE leads from government officials, ministers’ offices, MPs and members of the House of Lords,’ among others.

The chances of success for those on the fast-track list were one in ten, compared to one in a hundred for other suppliers.

It is not clear why an MP or Peer should have any particular insight into PPE procurement. Usually, people in positions of power who have no knowledge of procurement are kept out of the process precisely to avoid an abuse of power.

Like most countries, the UK has a long history of cronyism in public contracts, encompassing Samuel Pepys and the Napoleonic Wars, with gradual improvements in the course of the nineteenth and twentieth centuries. These have culminated in the current EU-driven regime which is often accused of being overly bureaucratic.

One striking thing about the emergency situation is the speed and relish with which the hard-won regime of procedures and oversight has been cast aside.

The NAO report, supported by case studies, looks bad: we can apparently discern the  exploitation of the suspended procurement rules during the crisis, rewarding those with close personal contacts to key figures in Britain’s ruling party.

It is hard to distinguish between cronyism – usually considered a form of corruption – and chumocracy, which sounds more like the benign appointment of people you know to positions in which you need people you trust. Of course, chumocracy and cronyism could both be happening at the same time.

There is enough here, you might think, for the Prime Minister to do something fairly robust to uphold ‘the very highest standards of propriety’ that he lays out in his introduction to the Ministerial Code.

Yet his response at PMQs was to double down in defence: far from being embarrassed by the NAO report, he is ‘proud’ of the PPE procurement.

The counter-argument, as he articulated, is that he needed to act ‘fast’ and ‘any government would have done the same.’ It may be that shortcuts led to less value for money: but the nation got the kit it needed.

It is true that in March, the UK faced a PPE procurement crisis. In emergencies, procurement rules, which are often of necessity cumbersome and bureaucratic, may need to be suspended. The UK is by no means alone in having done so, but that does not mean the UK did it well.

For example, it is unclear why the emergency procurement rules should have been applied to non-PPE or non-emergency suppliers such as PR agencies.

Moreover, transparency requirements, such as releasing the details of who won which contract and how much they were paid, were not suspended and yet were not adhered to, which inevitably looks like a cover-up.

There is also a notable difference between efficiency and profiteering. Few could quibble with a fast-track system which strips away bureaucracy during an emergency and supplies high quality PPE on time at reasonable prices.

What is unclear from the PM’s response is whether he is happy with a system in which a middle-man makes £21 million, or whether he feels the system should be improved.

What about the chums? The risk of a fast-track recruitment through connections is that you suspend critical judgement and give unusually favourable terms while using self-deluding excuses.

However, what is not clear is whether in the totality of the Covid-19 procurement, the fast-track has unduly favoured the Government’s chums.

We will probably never know whether this is cronyism, or a few cases picked out of £18 billion of emergency contracts that make the overall picture look much worse than it really is.

For the truth to emerge, corruption would need to be a specific strand in any post-pandemic enquiry or investigation; but it almost certainly will not be. With a pressing public health issue to investigate, the allegations of cronyism will almost certainly give way to other priorities.

Above and beyond the possible wrongdoing in individual cases, there is a sense that somehow this whole process was rigged. Perhaps nobody did break the law, but the system as a whole always seems to fall out in favour of the government’s friends.

A chumocracy is not just the harmless appointment of some friends, it is the kind of institutional corruption common in mature democracies, described by American scholars such as Michael Johnston and Harvard’s Lawrence Lessig, which places unregulated and self-serving conflicts of interest at the heart of the government and economy.

In the midst of all the noise, it is worthwhile rehearsing the rationale for clean public procurement, and why the Government should think sensibly about its next steps. Here are three of the reasons why it matters:

If nothing else, the Government has a perception problem.

The NAO report and subsequent press coverage has now left the impression that there is a chumocracy. The picture is compounded by the appointment of personal contacts to unpaid government advisory positions, from which there can later be commercial advantage.

This reinforces a narrative of self-serving application of the rules that has taken root with the various Cummings, Jenrick and Patel affairs.

The Government has the power to change some of these negative perceptions by making sure things are better in future. Even under emergency conditions, safeguards like conflict of interest analysis, independent internal scrutiny and full transparency can provide checks and balances.

The University of Sussex’s Centre for the Study of Corruption has recently published a ten-point plan for how to improve emergency procurement to combine speed with integrity.

The Government has promised to reform UK procurement laws after Brexit and is due to publish a Green Paper within the next few weeks. There is now a compelling case that the new legislation should include provisions for what happens in emergencies.

This could draw on the pandemic experience, incorporating transparency and governance mechanisms that are appropriate to a crisis and cannot be thrown out of the window at the first opportunity.

The Government has clear choices to make about whether it perpetuates a chumocracy or finds a better and fairer way to do things. Post-Brexit procurement reform is a good place to start.

By Robert Barrington, Professor of Anti-Corruption Practice at Centre for the Study of Corruption, University of Sussex.