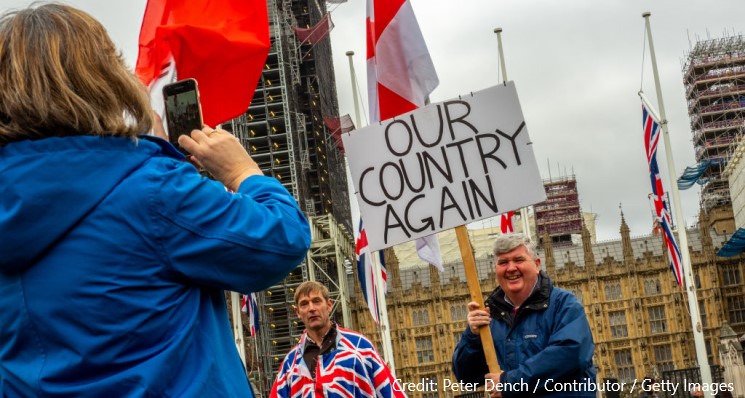 The concept of ‘soft power’ does not always get a good press; a touch woolly for securicrats, though too cynical for idealists; and in any case difficult to define or pin down. Yet, like the proverbial elephant, perhaps we can recognise it when we see it.

Soft power is also the sort of idea which tends to be important, but falls prey to the more immediate, such as the current coronavirus crisis.

Our politics have endured violent lurches of emphasis since the original binary referendum decision. Three years of parliamentary and national stasis were followed by last December’s emphatic general election, and a radical change of both opportunity and tone. These led to our leaving the EU on 31 January 2020, though in circumstances where few would claim that our future path was certain.

To start with the ‘knowns’, we have now left the European Union. We no longer participate in its decision making, nor in the conversations ‘in the margins’ which have traditionally been influential. True, we cling on through a transition period until the end of this calendar year – which means that any shock from leaving has not yet been generally felt.

While there is provision in the withdrawal agreement for an extension, the present government has no appetite for one, and wants the process of regaining control of our borders, our money and our laws concluded as soon as possible.

In terms of accountability, as Michael Gove has pointed out, British politicians will no longer be able to offload blame on to ‘Brussels’; nor equally will the EU’s 27 remaining states be able to blame the recalcitrant British.

Yet behind the rhetoric of formal positions and the negotiating mandates, both parties will surely be looking for a pragmatic future relationship. An eventual exit without a deal at all, even if never unthinkable, is still unlikely.

The details may or may not be consonant with the political declaration previously negotiated, and may or may not be of mutual benefit; but at any rate no-one would feel comfortable with an outcome which was seen manifestly to damage various national interests, and the British are among those likely to be worst affected if it did.

It would be idle to argue that as a major economic and military power Britain had no ‘clout’, or interests to protect. The issue is rather how best to advance them. I frankly do not believe that we can do this heroically through ‘hard power’.

Perhaps some who voted Leave genuinely believe that the way is clear for a reassertion of imperial hegemony, while conversely others believe that leaving the EU will somehow rid us of foreign ‘contagion’.

Both distinct schools of thought can take comfort from the text of John of Gaunt’s dying speech in Shakespeare’s ‘Richard II’, although they sometimes fail to point out that his conclusion on the state of current affairs was bathetic and critical.

I have little reason to doubt that the majority of Leave voters were not in either camp, but were instead inclined to express their dissatisfaction with the status quo and to look for a better national outcome.

So equally Remainers (perhaps excepting a small minority who despise British institutions) were convinced that even if imperfect, the EU represented the best way forward for the country and its interests.

Between them, I sense that there is now a strong political drive to move on from past controversies and try to settle our politics down. There may also be some tacit recognition within the EU27 that, however imperfectly and even rudely the British referendum threw down a challenge to them, it may have reflected some common tensions which will need to be addressed.

An acceptable outcome will require firmness and cunning, but equally discreet exercise of soft power both in Europe and wider afield. A year ago the Lords EU Committee outlined some of this in its report ‘Beyond Brexit: How to Win Friends and Influence People’.

This emphasised the need to build on the mechanisms of the withdrawal agreement, including Joint Committees, as a basis for a future relationship, together with participation in other European activities, and continuing parliamentary scrutiny and dialogue.

It is for others to critique this report. Now re-established, the parliamentary committees will play a vital role, but we shall all, in the words of the old Avis advertising slogan, have to ‘try harder’.

This will all take place in the context of tense negotiations on a future deal. Scope and timing remain speculative: we may be able to claim an outline deal by the end of the year, but with detailed and even vital points to be settled later, or even in the light of future developments.

It is already obvious that the pandemic will further compress the negotiating timetable; but there may also be positive outcomes emphasising the need for effective joint action at national, regional and global level.

To conclude by offering some thoughts.

We cannot pull this off by ’hard power’ or threats. Without being a soft touch we need to recognise our status as a medium-sized power, with a triplet of interests and influences, in the Commonwealth, the Atlantic and Europe.

There are reservoirs of good will towards us, both historically and through our generally open stance.

Parliament needs to work to mitigate the stand-off between government and legislature which has been aggravated during Brexit. We cannot get through by ‘elective dictatorship’.

Conventionally but vitally, we need to beef up our embassies and overseas participation to provide better information and exchange of perspectives.

Wherever possible, we must ensure that ‘UK plc’ operates effectively by involving the private and not for profit sectors alongside their official counterparts.

And finally we need to do our best to show that while we are happy for others to use our language, we acknowledge the authenticity of their languages and cultures.

Quite an agenda! And all in nine months (or longer if required).