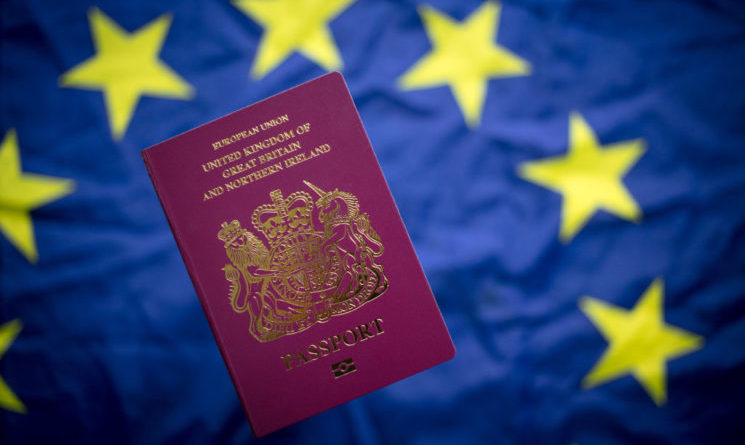 When we started the BrExpats research project in 2017, we could not have imagined that three years later uncertainty about the future would remain so rife among the 1.2 million British citizens who have made their homes and lives in the EU27.

In 2018, we warned of an urgent need to provide some direction to help UK citizens living in the EU through the Brexit ‘no man’s land’. In our report, co-authored with Migration Policy Institute, we urged EU member states to make clear how agreements about citizens’ rights written into the draft withdrawal agreement would be implemented.

The political turbulence following these agreements – the threat of no deal, the UK Parliament’s repeated vote against the withdrawal agreement, prorogation, the general election, the last-minute extensions to the negotiations – meant that for many UK nationals living across the EU27 this has been a period of profound and protracted uncertainty.

Although Britain has now left the EU, what our research confirms is that Brexit is far from done for these Britons.

Our initial research documented how the referendum had left many British citizens living in France and Spain worried that they would lose their rights to residence, or that changes to, for example, their receipt of pensions, healthcare provision, or their rights to employment would make this untenable.

The draft withdrawal agreement could have laid many of these concerns to rest, but instead the resounding message we received from those taking part in the research was “we are not reassured”.

The lack of reassurance that we witnessed earlier on in the negotiations continues to this day. As our new reports document, Brexit has left many British citizens living in France and Spain confused about what it means for their futures. This confusion is notable, reflecting the unresolved issues that Brexit has raised for these Britons.

Not least among these are two issues caught up in the continuing negotiations around Britain’s future relationship with the EU: their future legal status in the places they live and work (after the transition period ends), and their continued access to freedom of movement in the EU27.

Nobody’s responsibility but their own

This confusion also draws attention to some of the longstanding communication problems.

Notwithstanding the issues raised about what to communicate, our research highlights that the UK government, and those of other member states, were slow off the mark in thinking about how they might communicate to these individuals how they should best prepare themselves for the future.

Even today, it is clear that any communication efforts are limited in their reach.

Beyond this though, it is clear that the legal agreements are limited in the extent to which they can provide the reassurance, or rather, the certainties, that many of these Britons seek. Their concerns have always stretched beyond legal rights and entitlements.

The withdrawal agreement was never going to resolve questions about the fluctuating value of the exchange rate – with its significant potential to impact on the quality of life for some among them – nor can it safeguard against the possibilities of prejudicial or discriminatory treatment should they be judged as ineligible for employment or job opportunities after Brexit on the grounds of their British citizenship.

The effect of this for British citizens living across Europe has been a continued feeling that they are nobody’s responsibility but their own. While they express anger towards the UK government, who they feel should have an obligation towards its citizens, they are often more sanguine about the efforts of member state governments on the grounds that Brexit is a British-made problem.

What we want to focus on here is how this sense of being nobody’s responsibility but their own is internalized.

On the one hand, from a very early stage British citizens living in the EU started to take matters into their own hands. In the absence of guidance about what they should do, they found individual solutions to resolve (some) of their uncertainties about the future, from naturalization to repatriation.

On the other hand, that no one took responsibility for them also led to the formation of British communities stretching across Europe, their changing rights offering common ground for community formation in unprecedented ways.

These exist alongside the on-the-ground support groups that have long been a feature of some British communities and that have developed in consequence of Brexit.

From an early stage in the Brexit process, it became clear to us that the material consequences of Brexit would be unevenly experienced by British citizens living in the EU27.

Simply, the ‘promise’ that UK citizens living in the EU27 would be able to continue living their lives as before was always going to be out of reach for some within that population.

As the days, months and years have passed, we have witnessed first-hand some of those who have been disproportionately impacted by Brexit, from those few who have found themselves ineligible for residence permits – and therefore unable to demonstrate that they are lawfully resident – to those whose state of health makes them ill-placed to respond to the uncertainties that Brexit has introduced to their lives.

Gender, age, disability, race and class, alongside personal circumstances, are all factors which shape the extent to which people can overcome some of the challenges Brexit presents to them.

Indeed, Michaela’s research in France has already documented the diverse outcomes of Brexit as some Britons find themselves judged as unworthy Europeans.

Coming up to four years since the referendum, three years since Article 50 was triggered, and over two years since the citizens’ rights negotiations were concluded, many British citizens living in Europe remain mired by the Brexit swamp.

While some have found ways to pull themselves (and others) out, there are others who in their struggle to get to firm ground find themselves sinker deeper into the quicksand.