British footballers and the EU referendum: You’re not singing anymore 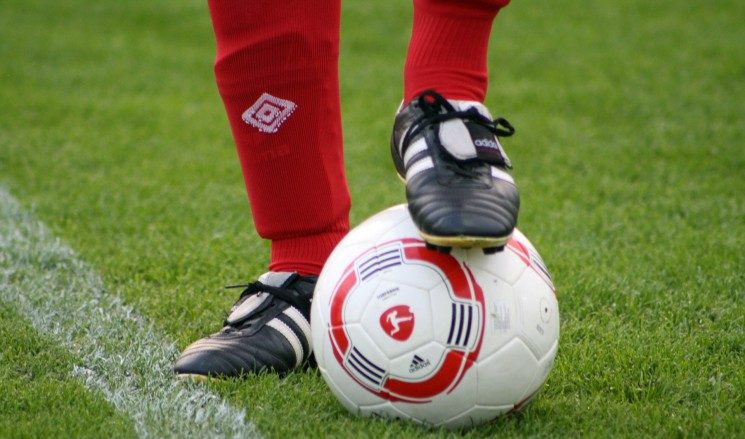 With Euro 2016 now underway, a European competition of a different sort is approaching the final whistle. There is now just under a week to go before the UK votes on whether to remain a member of the EU and, while we have heard from politicians aplenty, voices from beyond the political arena have been more difficult to discern. This is a problem for both Leave and Remain as politicians in this country are trusted to tell the truth even less than estate agents.

Earlier this month, nearly 300 prominent individuals in the British arts scene signed a letter of support in favour of EU membership, including Mike Leigh, Jude Law and Kristen Scott-Thomas. Endorsements by Keith Chegwin, Duncan Bannatyne and Katie Hopkins for the Leave campaign haven’t quite packed the same punch. However, judging from his remarks earlier this year about ‘government by proxy’ in Europe, don’t be surprised if Michael Caine joins the besieged Brexit bus as it reaches the cliff’s edge and cries: ‘Hang on a minute lads. I’ve got a great idea!’

Sportspeople have been slower to join this debate. Retired cricketer Ian Botham, a prominent Leaver, is an exception. So too Karen Brady, Vice-Chair at West Ham United and a Board Member of Britain Stronger in Europe. Arsenal manager Arsene Wenger recently signed a letter in support of British membership, while the club’s former player, Sol Campbell, favours Brexit. The failure of other footballing figures to join this debate is puzzling because few areas of British life have been transformed by EU membership quite so dramatically.

In 1990, Jean-Marc Bosman’s Belgian club refused his transfer to a French team even though the footballer’s contract had already expired. A series of legal challenges followed before the European Court of Justice ruled that footballers also had a right to benefit from the freedom of movement for workers in the EU. Free transfers were one consequence of this ruling as was the end to quotas for foreign players when British teams played in Europe.

To see Europe’s impact on British football, compare the Leeds United squad that won the (old) first division title in 1991/92 with that of Leicester City’s Premier League winners in 2015/16. Leeds had just three non-Brits at this time, France’s Eric Cantona being the only regular starter. Leicester’s squad contained just eleven British players out of a total of twenty-seven.

Footballers in Britain have undoubtedly benefitted from the UK’s membership of the EU. When Leeds last won the title, the average footballer in the top tier earned around £60,000 per year. Today, it will take the average Premier League player less than a fortnight to earn the same amount.

European integration creates economic winners and losers and football is no exception. Domestic players who make it to England’s top tier will benefit financially and professionally by playing in what is, by some measures, the most competitive league in the world.

And yet, international competition makes it harder for home grown talent to break into the best teams. Northern Ireland are playing in Euro 2016 with just one squad member from a top Premier League team, Paddy McNair. A promising young defender, he started for Manchester United only eight times this season.

The impact of Brexit on British football is also difficult to calibrate. Research suggests that work visas for more than 300 players in the Premier League could be at risk if the UK quits the EU. The Leave campaign, in keeping with its broader narrative about migration, counters that British football will have access to a global talent pool outside the EU.

The remaining days of the campaign provide an opportunity for those involved in British football to talk about their experience of European integration for good or ill. Interventions of this sort might be unusual in the UK but not so in other EU member states. Republic of Ireland captain Robbie Keane made an important intervention in advance of Ireland’s same-sex marriage referendum in 2015. His old boss, Giovanni Trapattoni, spoke up on Ireland’s 2009 referendum on the Lisbon Treaty.

Let’s hear it then from British footballers about the risks and rewards of competing not only in Euro 2016 but also the EU.

Dr Dermot Hodson is Reader in Political Economy at Birkbeck College and a long-suffering supporter of Leeds United.