British officials in the EU’s institutions 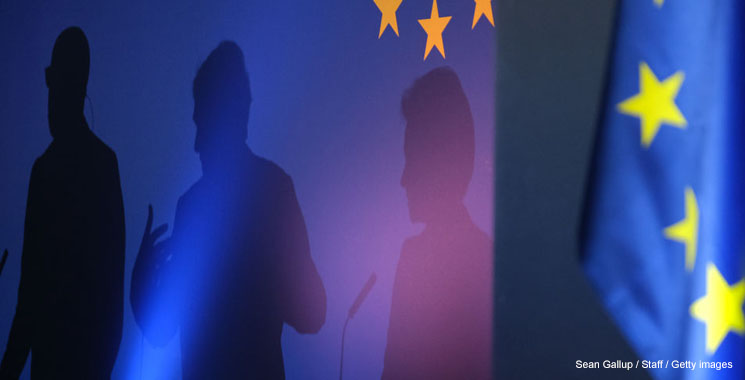 Since 1 February, for the first time since the early 1970s, there has been no British government representation in the EU institutions.

Yet there is still a sizeable British presence in Brussels (and elsewhere in the EU) that has hardly been discussed: the well over 1,000 Brits who still work as EU civil servants. The UK’s exit has had a more profound impact on them than perhaps anyone else.

The EU employs around 60,000 staff in total, roughly equivalent to the UK’s Ministry of Defence. Around half of these are in the European Commission, which is slightly smaller than the UK’s Home Office.

According to the latest data, there are around 700 Brits working in the Commission, some 240 in the Parliament and 50 or so in the Council. There are a further 150 in other institutions such as the European Court of Justice (56) and the External Action Service (40), among others. There are also Brits working in EU agencies, although up-to-date figures are not readily available. 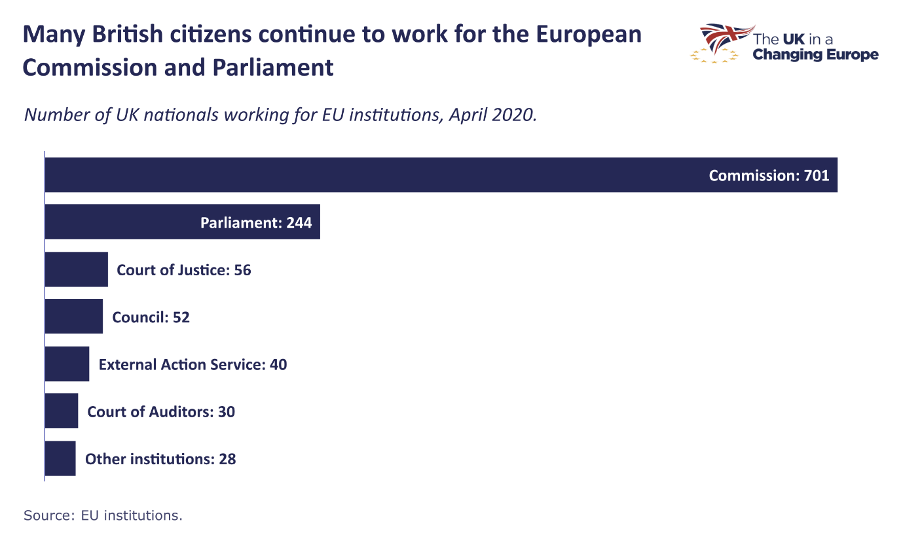 In the Commission, Brits continue to play a sizeable role in many departments. They represent more than five percent of staff in the Internal Audit Service and the Directorate-General for Climate Action.

They are also particularly important for the EU’s language services, making up over four percent of staff in the translation and interpretation departments.

The EU civil service is a complicated business. The rules on employment are set out in the 200-page EU staff regulation; there are multiple, overlapping grades; and there are a range of contracts, each with different implications for British employees.

The basic problem for Brits is that officials can only be appointed in the EU if they are nationals of a member state. Where does that leave existing British staff?

By a strict reading of the rules, officials can be asked to resign if they lose their EU citizenship. However, the Commission has been generous in saying that this provision will not be used with British officials (that is, those permanently employed as members of the EU civil service), essentially securing their jobs. The other institutions have tended to follow the Commission’s lead.

For British staff on fixed or temporary contracts, it is very different. The EU’s Conditions of Employment state that such contracts should be ended where employees lose their EU citizenship.

Again, the Commission has sought to be generous, requesting that institutions apply derogations to UK citizens. Nevertheless, the employee will usually have to have a specialist skill required by their institution and such decisions are made on a case-by-case basis.

But they will find it more difficult to transfer between the institutions in future, as their derogations apply only to their current institution. And not only will their horizontal movement be limited, but their vertical movement up the institutional hierarchy may also be restricted.

Posts arising may in theory be open to Brits, but justification will have to be made as to why they would be chosen over EU citizens.

Especially for more senior roles, domestic political support is often crucial. Needless to say, that is now absent for British staff, although many say they received little support from the UK government even before Brexit.

Regardless of what the formal written rules may be, many Brits may be stymied in advancing their careers for this reason.

In principle, nationality ought to be neither here nor there. The code of conduct in the Commission says staff shall act in ‘the Community interest’ and that they ‘shall never be guided by personal or national interest.’ Plus, the EU staff regulations forbid any discrimination on this, or any other, basis.

In many cases, however, the reality is less idealistic. Nationality does, and will, have an impact, especially on British staff.

One answer has been to change nationality. The lives of British citizens working for EU institutions are made infinitely easier, and their livelihoods more secure, with EU nationality.

For dual nationality Brits, they can simply switch. The EU system records employees according to their ‘first’ nationality, a subjective choice made by staff and which can be easily altered.

It is therefore nigh on impossible to know how many originally British staff remain in the EU institutions, as a substantial number have simply disappeared into the system under other nationalities.

This has been complicated by the Commission changing how Brits were counted. Those who switched nationality after the UK triggered Article 50 are still counted in the data as British, whereas we have no reliable way of knowing how many changed nationality prior to that.

There were good political reasons for this change. There are broad guidelines (so-called ‘guiding rates’) about what share of officials each member state should have in the Commission. This is calculated largely on population size.

Germany, for instance, has a guiding rate of 13.8% of all staff while Malta has one of 0.6%. The Council uses similar guidelines, as do other institutions.

While not religiously applied, these guidelines are most strictly enforced in higher level, senior management positions, given these are the most influential roles.

That becomes a problem if you have lots of Brits switching nationalities, as they are disproportionately concentrated at the top of the Commission, as the chart below shows.

Other countries may be reluctant to have lots of former Brits taking up their quota of senior positions. This concentration also reflects a bottleneck in the system, with fewer roles at director and director-general level. 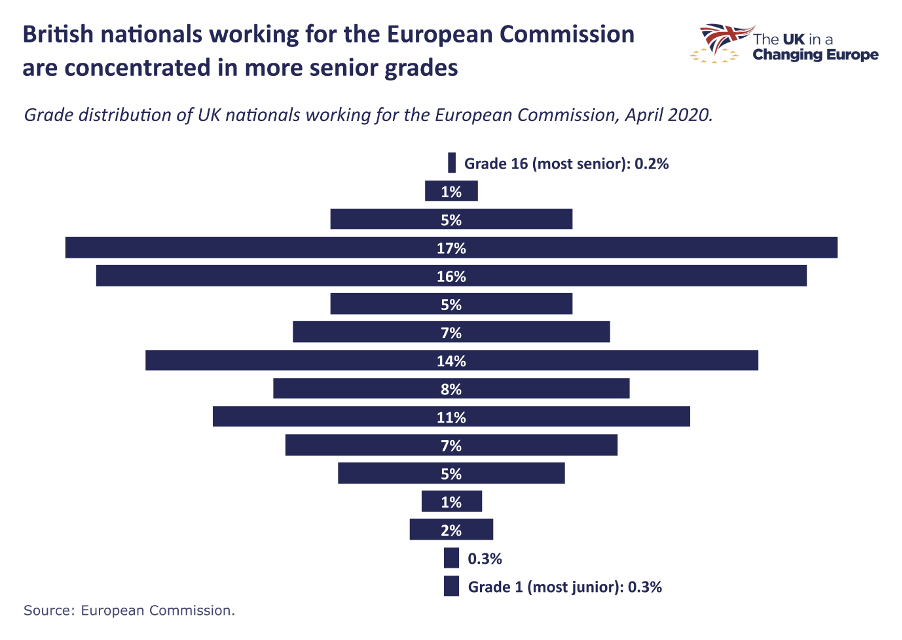 British citizens have also had a number of difficulties with national authorities since the Brexit vote. For instance, language certificates needed to gain citizenship in the Netherlands were not recognised, despite being awarded by the Commission.

There was also inconsistent application of citizenship requirements between different local authorities in Belgium, with a number of court cases taken against them by EU officials.

By virtue of having worked in Brussels for years, many Brits are eligible to apply for Belgian citizenship. When Brits moved to Brussels, they were issued with a ‘Special Identity Card’, giving them residence rights while working for the EU.

However, this is issued by the Belgian foreign ministry, not local governments, and holders of these cards are told explicitly not to register with local authorities.

Yet it is local authorities who make initial decisions as to whether the prerequisites have been met to apply for Belgian citizenship.

It is worth recalling that 12 EU countries do not allow dual nationality. For Brits whose only option to retain EU citizenship is via one of these countries, they face a stark choice: give up their British passport or, potentially, jeopardise their careers.

There are administrative and political restrictions that mean British citizens will from now on be at an undeniable disadvantage. You could say that flows automatically from the UK leaving, but the message from the institutions is that, especially for officials, little has changed.

By Matt Bevington, researcher at The UK in a Changing Europe. A longer version of this piece was originally published by Prospect.