British public thinks the EU has been harsh in negotiations 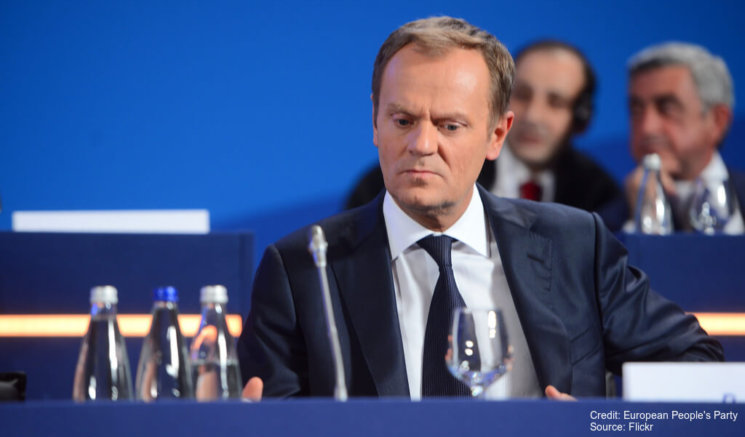 Nearly two thirds of British people think that the EU has been a harsh negotiator over Brexit, according to the latest survey by the Center for European Research at Queen Mary University of London.

Donald Tusk recently caused anger by suggesting that there is a “special place in hell” for campaigners who promoted Brexit without having a plan in place. But even before his remarks, voters on the UK side felt the EU was playing hardball.

Overall, 58% of the UK public believe the EU has been harsh towards the UK during Brexit negotiations – although that varies according to age and, of course, on how how people voted in the referendum. Conservative voters (83%) and Leavers (84%) overwhelmingly reckoned the EU had been harsh.

This stands in stark contrast to European politicians’ views about the British domestic political situation.

Although Michel Barnier, the chief negotiator for the EU, has been a good communicator in leading the negotiations, insisting frequently that what unites the two sides is “much stronger than what divides us”, other European politicians are now showing signs of impatience with the British quid pro quo.

In a speech after May’s deal was voted down in January 2019 in the UK parliament, French president Emmanuel Macron said: “Good luck to the representatives of the nation who have to implement a thing which doesn’t exist and explain to the people: ‘You have voted on a thing, we lied to you’.”

Similarly, European Commission president Jean-Claude Juncker declared that the British “need to say what they want, instead of asking us what we want”.

Interestingly, though, even a majority of young people think the EU will be weakened by the UK’s departure. That said, only a minority of Brits think Europeans will be sorry to see the UK go.

And at a moment when Theresa May is going back to Brussels to ask to re-open the negotiations on the Irish backstop, the survey suggests that a third of Brits (32%) think the EU should agree to a deal without a Northern Ireland backstop.

That said, only just under a quarter think it shouldn’t. Some 45% of Brits don’t know, suggesting that neither side of that particular debate has so far put a convincing case for its exclusion or inclusion.

We also found that the prospect of not being able to move freely across Europe to live, work and study is a big deal for young people. Nearly two thirds (63%) of 18- to 24-year-olds think that losing mobility rights is a serious loss for British people – a view shared by 67% of Labour voters and 82% of Remain voters across all age groups.

Only a third (34%) of people over 65 were concerned about it. Nearly half (47%) of Leave voters think mobility is a loss but a price worth paying to leave the EU, while nearly a quarter of them (24%) aren’t really worried about losing such rights.

It seems that the people who, at least theoretically, stand to lose most in the future from Brexit, at least in terms of their rights to live, work and study in the EU, are far more bothered about the loss. This is yet more evidence of a continuing generation gap that the EU referendum exposed and opened up.

Despite the view that the EU has been harsh during negotiations, some 54% of British people think that the remainder of the EU will be weaker after Britain has left the bloc.

The survey shows that again there is a generation gap, with almost 70% of people aged 65 and over thinking the EU will be weaker.

And again the gap between Leavers and Remainers is high: 66% of Leavers think the EU will be weaker, compared to 55% of those who voted Remain – although it’s worth noting that that’s still a majority of them.

By Sarah Wolff, director, Centre for European Research, Javier Sajuria, Lecturer in Politics and Tim Bale, Professor of Politics, all Queen Mary University of London. This piece originally appeared in The Conversation.