British tourism in Portugal and Brexit 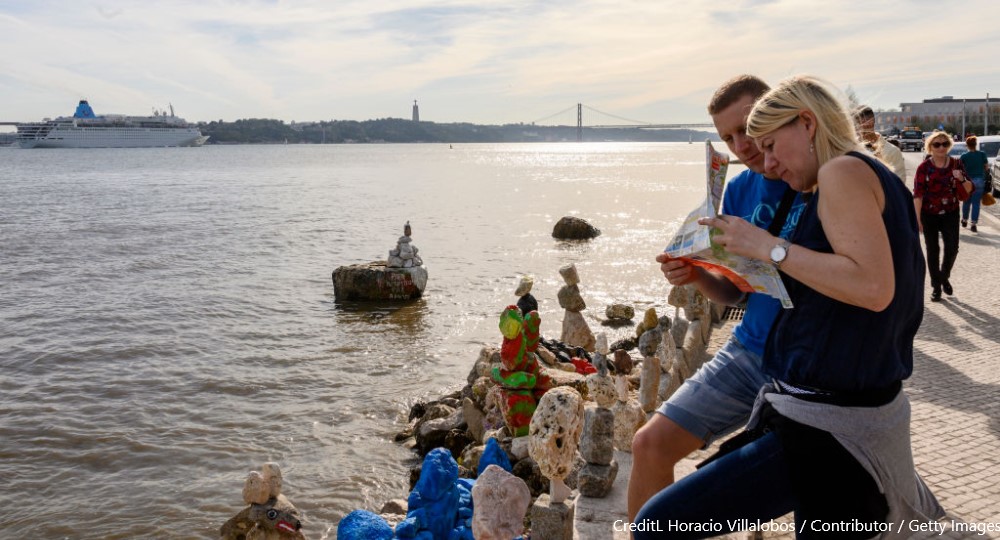 Services occupy a central place in both domestic economies and international economic relations. A prime example of trade in services is tourism, which can improve economic performance and provide a range of traditional and new export opportunities.

Tourism is a growing sector, and is of considerable macroeconomic importance in many countries, especially in southern Europe. Portugal stands out: in 2018, tourism was worth almost 15% of Portuguese GDP and 9% of employment.

In 2019, Portugal hosted more than 16 million foreign tourists, up from 9 million in 2013. The number of overnight stays in Lisbon alone (elected World’s Leading City Break Destination in 2017, 2018, and 2019 by the World Travel Awards) reached almost 12 million in 2019, more than 20 times its resident population.

Ties with the UK were always very important for Portuguese foreign affairs and date back at least to the Anglo-Portuguese Alliance ratified at the Treaty of Windsor in 1386, the oldest alliance based on known history in the world that is still in force.

The UK remains very relevant for the Portuguese economy today – as the table below shows, Britons are particularly enthusiastic visitors, being the biggest foreign contributor to overnight stays in Portugal, especially in southern region of Algarve.

Moreover, in a survey conducted by the Hotel Association of Portugal (AHP) in the end of 2018, Brexit was pointed out as a top concern.

In recent years, economists and other social scientists have studied the impact that certain events – such as major sporting and cultural events, financial crises, natural disasters, wars, terrorist attacks (or the absence of them), and even the adherence to the single currency – have had on countries’ ability to attract visitors.

We contribute to this expanding literature by considering possible spillovers of the Brexit vote. In a recent article, co-authored with Vitor Cavalcante (of the Nova School of Business and Economics) and Paulo M. M. Rodrigues (of the Nova SBE and the Bank of Portugal), we sought to understand the impact of the Brexit vote (and the consequent devaluation of the pound) on the Portuguese tourism sector.

The conclusions were obtained by contrasting the results of two statistical techniques that make it possible to identify the direction and intensity of cause and effect relationships between variables.

Comparing tourism flows by country of residence, we analyzed the monthly evolution, before and after the referendum, in the number of overnight stays by foreign citizens in Portuguese territory.

We also considered, the effects of other factors, such as the seasonality of tourism, the effects of the economic cycle and regional features. We also looked into the geographical variation of overnight stays by country of origin amongst NUTS 2 Portuguese regions.

The main results can be summarized in the figure below, contrasting what indeed happened to British overnight stays (the ‘treated’ line, in blue) with what would have happened, according to our estimates, under a ‘remain’ vote (the ‘synthetic control method’ line, in dotted red). 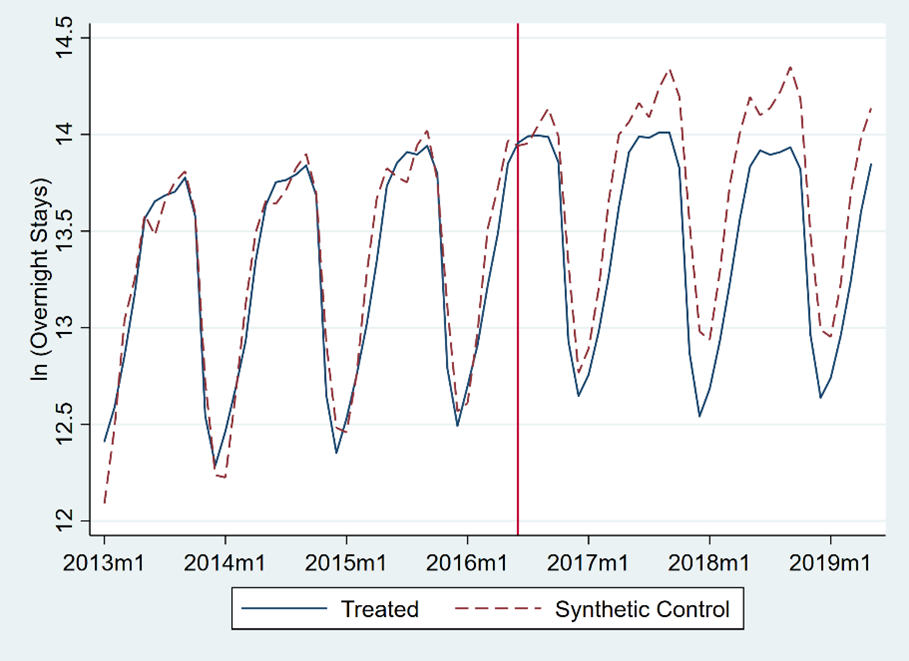 The conclusions point to a 16% lower growth in tourism for British citizens when compared to what happened with the average number of overnight stays from other European Union countries. Our results also show that Algarve, a popular destination for UK tourists in the south of the country, seems to be the most affected region.

These effects were not felt immediately after the 2016 referendum. At that time, the country was able to diversify its efforts, seeking to attract tourists in more distant markets; and it also benefited from the fall in tourism in North Africa.

The fact that these effects took some time to materialize is consistent with the idea that holiday reservations are made with some anticipation.

However, the effects of the sharp exchange rate depreciation of the pound coupled with the uncertainty caused by the Brexit vote – with implications for the possibility of overseas travel restrictions – were important mechanisms that caused the fall of British tourism in Portugal.