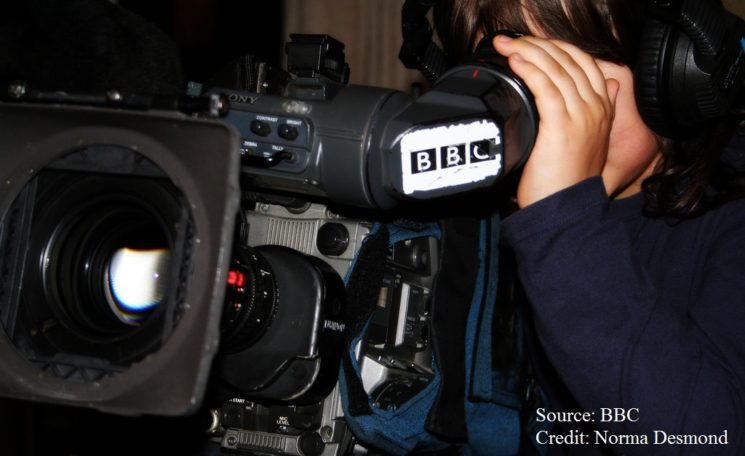 Conservative voices got more airtime on both sides of the argument.

Veteran BBC broadcaster John Simpson is the latest high profile journalist to question how the media reported the EU referendum campaign. A number of other senior journalists have suggested that broadcasters allowed both the Leave and Remain camps equal airtime without challenging their exaggerated claims or, as Simpson put it, outright lies.

James Harding, Head of BBC News, recently rejected these charges. He argued its editorial rules about “due impartiality” and “broad balance” allowed journalists plenty of freedom to make judgements about the relative merits of campaign claims and, where appropriate, challenge their veracity.

It would be hard not to agree with Harding when considering BBC programmes such as Newsnight and The Daily Politics, or its fact checking service, Reality Check. Journalists such as Andrew Neil regularly questioned both sides. Experts like Antony Reuben unpicked the statistical claims of the Leave and Remain campaigners.

But these news formats attract relatively small audiences, and cater to the most politically engaged section of the electorate. On all channels, the flagship evening bulletins have far more reach and influence, attracting millions of viewers and representing the gold standard of news output.

We examined the main evening bulletins over ten weeks of the EU referendum campaign on Channel 5 (5pm), Channel 4 (7pm), the BBC, ITV and Sky News (10pm). Paradoxically, we found that coverage was both balanced and yet skewed, with a tendency to generate more heat than light when reporting the campaigns. So what does that mean in practice?

The main criticism levelled at broadcasters by journalists – and many others – was their handling of the claims and counter claims of the campaigns. The UK Statistics Authority criticised the Leave campaign for its repeated use of the misleading claim that the UK government sends £350m to the EU every week.

Following our analysis for a BBC Trust commissioned review of statistics in news reporting, we systematically examined every statistical claim made during the ten week campaign – 517 in total – and identified just over one in five were challenged either by a journalist, campaigner or other source. Most of this questioning – 65.2 per cent – was by rival politicians, with 17.6 per cent of statistical claims challenged by journalists. This left little space for more independent sources with expert knowledge to verify claims, or put statistics in context.

In relying so heavily on campaigners without journalistic arbitration or seeking expert opinion, viewers were often left with little more than a statistical tit-for-tat between rival camps.

As a consequence, broadcasters found it hard to address the democratic deficit of British knowledge of the EU. It is notable that voters complained about the lack of hard information even at a late stage in the campaign. They largely focused instead on the activities of the campaigns, with close to half of the 571 news items we examined primarily about the process of campaigning, such as staged walkabouts, Remain and Leave strategies, or internal party political squabbles.

Our other headline finding is, in our view, equally significant. On the two main issues of the Remain and Leave campaign – the economy and immigration – bulletins were evenly balanced. Similarly, when we compared the appearances of campaigners from Remain and Leave, bulletins exhibited a remarkable degree of even-handiness, with both sides of the campaign given roughly equal billing.

But an imbalance emerges when we look at the party affiliation of campaigners, since 71.2 per cent of political sources were from the Conservative party compared to 18.4 per cent from Labour. This cannot be blamed on Jeremy Corbyn’s alleged reluctance to participate in the campaign. Alan Johnson – who led Labour’s Remain campaign – and many other senior Labour figures tirelessly toured the country. Yet they barely featured in the evening bulletins. Ukip made up 7.6 per cent of sources, leaving just 2.8 per cent for other parties, such as the SNP.

The decision to portray David Cameron and George Osborne as the principle flagbearers for the Remain side meant a focus on the issues closer to Conservative hearts – principally the importance of free trade to the British economy. In marginalising Labour and the SNP, pro-EU membership issues such as safeguarding employment rights fell down the agenda.

This interpretation of “due impartiality” was, in this sense, both even-handed and one-sided. The Leave and Remain camps received equal time, but we ended up with an argument that privileged Conservative arguments on both sides. This did not reflect the spirit of, for example, the BBC’s specific EU guidelines, which encouraged journalists to find a “‘broad balance’ of arguments and not necessarily between the designated Campaign Groups”).

This imbalance was particularly acute on the Remain side, since most parties on the centre – left – Labour, the SNP, Plaid and the Greens – were pro-Remain. Their comparative absence from the broadcast coverage was a significant handicap in Remain’s ability to appeal to traditional Labour areas.

It is easy to be critical in hindsight. Broadcasters, after all, made efforts to be impartial in a way much of the press coverage did not. But there are lessons to be learned here for the months of Brexit negotiations ahead: we need more analysis and less tit-for tat, and we need a fairer a more wide-ranging debate with right and left more evenly represented.