Brussels in the shadow of ‘Better Regulation’ 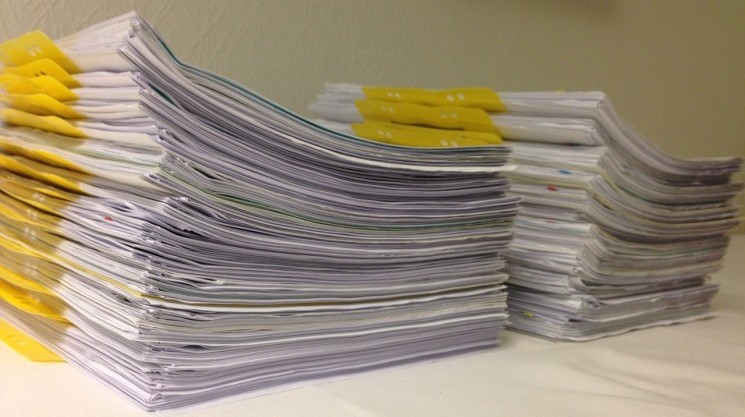 The UK is firmly in the grips of debate over its future in the EU.  Meanwhile, in Brussels…

Now the political dust has settled following the General Election, the British focus is upon the forthcoming renegotiations and EU referendum. However, whilst the UK is currently consumed with more or less informed speculation around Cameron’s wish list for Brussels, the president of the European Commission, Jean-Claude Juncker, and his ‘right hand man’, vice-president Frans Timmermans, have been advancing an agenda of their own.

With the launch on 19 May 2015 of the Commission’s Communication, Guidelines and Toolbox, it seems the EU has firmly entered a new era of ‘Better Regulation’, with far-reaching implications.

‘Better Regulation’ is not new; it has been part of European decision-making since the early 2000s, and has been developed since then. However, the strengthening of particular elements of this agenda and its centrality to the activity, even ethos, of the new Commission, is an important agenda we should not ignore.

In the words of the current Commission, ‘Better Regulation is about designing EU policies and laws so that they achieve their objectives at minimum cost. It ensures that policy is prepared, implemented and reviewed in an open, transparent manner, informed by the best available evidence and backed up by involving stakeholders.”

In many circles ‘Better Regulation’ has become synonymous with ‘cutting red tape’ and reducing administrative and/or regulatory burden – an agenda which is viewed by some as a threat to the social and environmental standards provided by the EU.

Indeed, whilst the new Communication states that this is not about ‘more or less legislation’, other organisations have asserted otherwise (see also the dissenting opinion to the final report of the High Level Group on Administrative Burdens).

Jean-Claude Juncker’s appointment as Commission president – as the European People’s Party’s preferred candidate – has opened the door to the (further) politicisation of this role as head of the European executive. Juncker is clearly making his mark.

Of particular significance are the changes to the institutional architecture of the European Commission itself.

Juncker has created the position of first vice-president who has specific responsibility for Better Regulation. Former Dutch foreign affairs minister Frans Timmermans was appointed to this role, as Juncker’s deputy and ‘right hand man’.

The influence of Timmermans is considerable, particularly given the newly established hierarchal order within the College: where there was once a level playing field, now, the five vice-presidents (which sit below Timmermans) each oversee a number of Commissioners, and are responsible for early-stage filtering of policy proposals.

This newly established top-down approach characterised the development of the Juncker Commission’s first Work Programme – elements of which came as something of a surprise. Notably, the number of prospective proposals was a modest 23 (compared to an average of 130 over the past five years), creating a rather thin (or focused) programme of EU action. It also included a list of 80 pending pieces of legislation that were to be withdrawn or modified, and a list REFIT actions (a key part of the ‘Better Regulation’ agenda).

There was considerable disquiet as the Work Programme was being put together, as civil society organisations scrambled to secure the future of social and environmental protection on the Commission agenda.

The final result caused disappointment. The programme was focused on economic matters – asserting the notions of simplification and reduction of administrative burden. Its launch was met with strong criticism, particularly from social and environmental actors as well as many MEPs. Criticism has persisted, against what it sees as a retrenchment of EU commitments to employment rights, social equality and environmental protection.

In terms of what this all means for the future shape of the European Union, much remains to be seen. At this stage, certain politicians and business leaders look on favourably, whilst some others point towards the risk ‘Better Regulation’ poses in undermining the social and environmental protections afforded by the EU.

Reflecting on this in the light of ongoing discussions about the UK’s relationship with the EU illuminates something of an absurdity: transformations taking place at an EU-level are aligning it further with the ‘slimmed down’ model desired by some more vocal EU-critics in the UK. However, these EU-level changes are not reflected in the UK-level debates.

In the context of limited public knowledge about the EU, the sharp edge to this absurdity is the restricted scope for and depth of public debate around the EU’s ever stronger ‘Better Regulation’ agenda.  Indeed, UK-based discussion is firmly fixed on renegotiation.