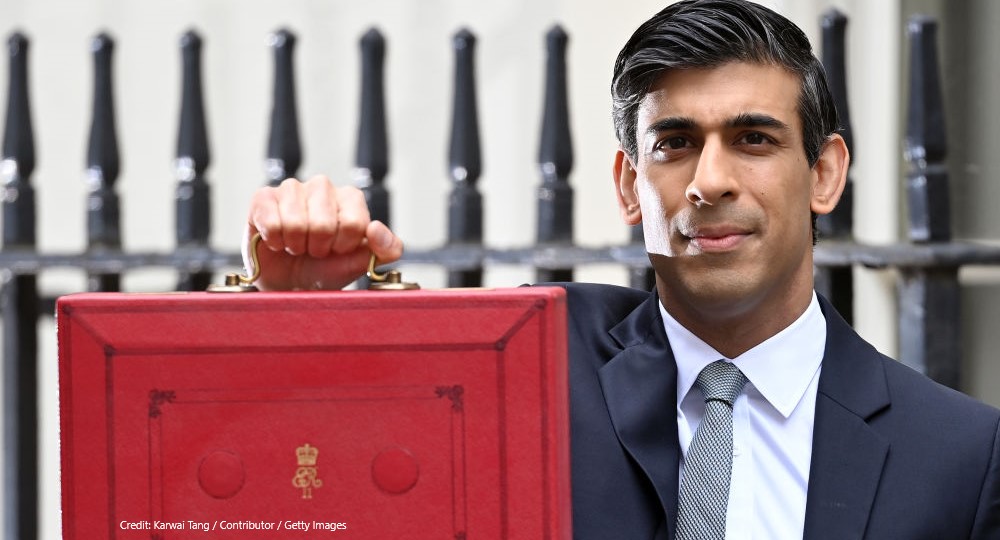 The Budget is supposed to be focused on a single day in the parliamentary calendar.

It is a day of exceptions. The Chancellor is supposed to be listened to in silence in the chamber. He makes a statement that lasts a long time – even if current Chancellors fall short of Gladstonian marathons. The Chancellor is allowed to sustain himself with a lunchtime alcoholic drink (although the current one is teetotal).

The Leader of the Opposition has to make an instant response, in one of the hardest tasks in politics. Parliament then gets four days to debate in depth.

Meanwhile, TV channels put on Budget specials, looking to analyse the Chancellor’s words in real time. Newspapers keep pages in reserve to be filled with Budget coverage and think tanks put in overnight shifts to tell the waiting punditry what it all really means.

But this year there has been as much focus on the way the Treasury has been managing the Budget run-up as to the substance of measures themselves.

Rishi Sunak has become the most recent target of the Speaker’s ire for bypassing Parliament with a stream of announcements straight to the media. And many people are asking if Budget secrecy is finally dead.

The first thing to note is that this Budget comes in two parts: one covers revenue, the other expenditure.

The big news in this Budget is the announcement of the results of the first multi-year Comprehensive Spending Review since George Osborne was Chancellor in 2015.

Since then, the time to conduct a cross-the-board review has never seemed right – think Brexit, elections, Covid-19. Neither Philip Hammond nor Sajid Javid ever had the space for anything more than a few sticking plasters on creaking services.

The pre-briefing over the weekend was all spending – pots of money for children, transport or NHS IT. The more recent announcements have been on pay: the hike in the National Living Wage and the end of the public sector pay freeze.

The Chancellor may well have offended the Speaker and defenders of Parliament’s primacy with his barrage of targeted tidbits, but nothing here would have been regarded as subject to the disciplines of Budget purdah.

Indeed, what has been notable about this spending review is how (relatively) free is has been of the usual briefing and counter-briefing.

A spending review announced in a free-standing event would never be treated as being subject to those purdah conventions.

The nation would be better served if the media stopped gobbling up these context-free snippets and told the Chancellor that they would wait to report until they saw the full picture. But until they do, Chancellors will revel in their ability to drive days of ‘good’ news as they throw lollipops out of the hamper.

But media management of spending announcements has nothing to do with breaching Budget purdah.

Budget purdah was supposed to protect against potentially market moving leaks of tax changes, which is what forced Hugh Dalton’s resignation in 1947. But the truth is that it is well past its sell-by date.

First, if the Treasury needs to make a move that risks a lot of ‘forestalling’ – people making rapid moves to avoid being caught by a tax change – it will most likely not wait until the Budget. Closing loopholes often comes in morning press releases.

Second, the sort of tax changes announced in Budgets have little capacity to move markets. Some moves do – Greggs shares yo-yoed with the prospect that the government might succeed in implementing its pasty tax – but in practice very few measures do that.

Third, the Treasury is moving increasingly to consulting on potential tax changes – which is a good thing. Gordon Brown introduced pre-Budget reports, but they morphed into second budgets.

The Coalition government committed itself to a new approach to tax policy making in 2010. It is not yet the rule, but it does mean that there is more public discussion in advance of tax changes than there was in the good old days of Budget purdah.

And the establishment of the Office of Tax Simplification means that there is now an official body charged with shining a light on complexities in the tax system and able to provoke some policy discussion.

What is interesting about this Budget is that there are very big tax increases in the pipeline, but they have already been announced. One was announced – quite conventionally – in the Budget when the Chancellor announced that Corporation Tax would rise from 2023 to help repair the hole in the public finances left by the pandemic.

The second one was much more unusual – the announcement of the big hike in employer and employee national insurance contributions to pay for the government’s health and social care package back in September.

That announcement outside the normal Budget timetable was much more exceptional than any of the pre-briefing that has gone on over the last weekend.

And it is likely to dwarf any tax rabbits that Rishi Sunak has up his sleeve for Budget Day itself.

But now the Treasury has been so prepared to demonstrate that Budget purdah is a paper veil, to be discarded when convenient, there is no reason to retain the other trappings of Budget secrecy that get in the way of proper debate on tax options.

And maybe time to get rid of the rest of Budget exceptionalism as well.