Building up the skills we need post-Brexit 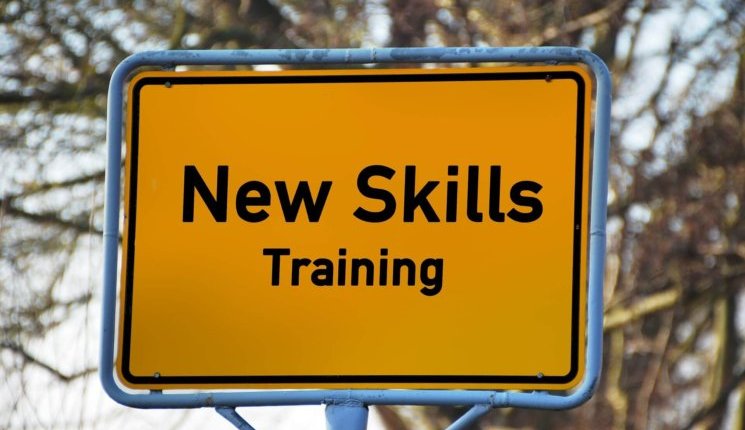 In a number of ways Heathrow Airport embodies Brexit. The most popular gateway to Britain, it is the place where many of the immigrants who were the subject of so much debate during the referendum campaign first set foot in this country, and the place from which tonnes of the products a ‘Global Britain’ hopes to sell to the rest of the world after our EU exit will leave.

But go into Terminal 5 and perhaps the most pertinent aspect of this famous hub is something most people never see. Through a locked door, down three sets of stairs and beyond a nondescript concrete barrier lies something extraordinary – an entire, unused, train station.

Built along with the rest of the terminal in 2007, it has never been used. But one day it will, assuming the long planned connection to the Great Western Main Line is ever built. One of the reasons it hasn’t so far is the shortage of workers available with the skills needed to do the job – with engineers, project managers, bricklayers and quantity surveyors in especially short supply.

Indeed, the Commons Public Accounts Committee recently warned that the Department for Transport may find it difficult to secure the skills required to build HS2, given the raft of other projects coming on stream including, Crossrail, Network Rail’s modernisation programme, the Elizabeth underground line, and London’s new super sewer.

Yet big infrastructure and house building projects are just some of the industries that will be at risk if skilled workers are not allowed to come to the country in sufficient numbers after Brexit. Nearly half a million jobs were left unfilled last year because of a shortage of people available with the requisite technical skills, and this is even after the current ability of firms to attract labour from the EU. The UK’s exit from the EU must therefore become a catalyst for the transformation of our skills system to enable employers to look closer to home for the skilled workers they need.

The UK has long lagged our competitors on the training of technical skills. Indeed, OECD data shows that 21% of working age UK adults have an educational attainment level below that expected of someone with an upper secondary school qualification – that’s more than twice the rate of the US or Germany – and we are ranked a poor 26th out of 33 OECD countries on the list for post-18 educational levels. Well over half of young people in this country do not do A-levels each year while only about 35-40% of a typical cohort finishing their GCSEs can expect to go to university.

This failure of public policy has a direct impact on the ability of firms to recruit the people they need. The Commission for Employment and Skills’ 2016 Employer Skills Survey found that 43% of all vacancies for technical jobs were difficult to fill because of a shortage of technical skills.

At the same time, our EU exit marks the beginning of an era of major change for the UK labour market. The composition of our economy is likely to evolve considerably as Brexit alters the nature of our trading relationship with the rest of the world. Some industries will inevitably decline while others are likely to grow and prosper. The skills demands of employers will consequently change. With 40% of Institute of Directors members already reporting the lack of appropriate skills in the workforce as their biggest impediment to growth, we need to prepare our education and training system for the coming changes.

Vocational education has a key part to play. However, there are areas of government skills policy that need to be challenged. The target of 3 million apprenticeship “starts” by 2020 runs the risk of distracting our eyes away from the main prize — a skilled and well-trained workforce. Official figures show that one-third of those who started an apprenticeship failed to complete it last year. Government needs to measure — and celebrate — apprenticeship progression not just participation.

Despite the uptake of apprenticeships increasing to just shy of half-a-million starts last year there remain chronic shortages in key industries that are fundamental to UK growth, such as the construction, engineering and manufacturing sectors but, last year, more than two-thirds of the starts were in other sectors.

The Department for Education (DfE) anticipate the two highest-paying sectors under the new Apprenticeship Levy will be education and social work. Yet these are not the sectors with the most persistent skills shortages. The overwhelming issue for British industry is that there is a lack of education and training in the technical occupations most in demand.

There are also serious concerns over how apprenticeships are being funded and for whom. Almost £1bn of the £2.5bn being collected via the Levy will be raised and thus spent in London, a region where most businesses are predominantly graduate employers and where there are already a variety of education and training options available. Duplicating provision in the capital will only widen regional disparities in education and consequently do little for those regions and citizens most in need.

If we are to ensure that UK workers are equipped with the skills necessary for the economy to thrive, then we need investment alongside structural reforms. Why, for example, do apprenticeships need to be the focal point of all government skills policy? They provide a suitable model for training a person new to a job but not for enabling a person to become better at his or her existing job or for short-term training. Instead, the LSE Growth Commission recently recommended that there should be a generalised tax break for “skills investment” in the same way as there is in plant and machinery. This is something the IoD has been calling for for some time.

Given the expectation that EU Freedom of Movement of Labour into the UK will be curtailed as a result of Brexit, resolving the issue of technical skills provision should be the government’s number one priority. Perhaps this marks an opportunity for the Home Office and DfE to work closer together.

Immigration officials make visa decisions on the basis of skills shortages, so why not make greater use of this knowledge for domestic training purposes? While current ONS data are nowhere near as good as they’d need to be, a common approach between DfE and the Home Office would help set clear targets to ensure uptake of training in the key shortage areas.

The Brexit vote has raised expectations that leaving the EU will somehow resolve Britain’s wage disparity and woeful productivity record. But an economy that works for everyone can only be delivered if the government prioritises resolving the skills mismatch. It is only by ensuring that school leavers are able to access relevant technical training that firms will be able to take advantage of opportunities to expand. And it is only by ensuring that workers have the skills they need to succeed in the post-Brexit labour market that we will see the inclusive growth that has been so elusive for so long.

By Seamus Nevin, Head of Employment & Skills Policy at the Institute of Directors (IoD).