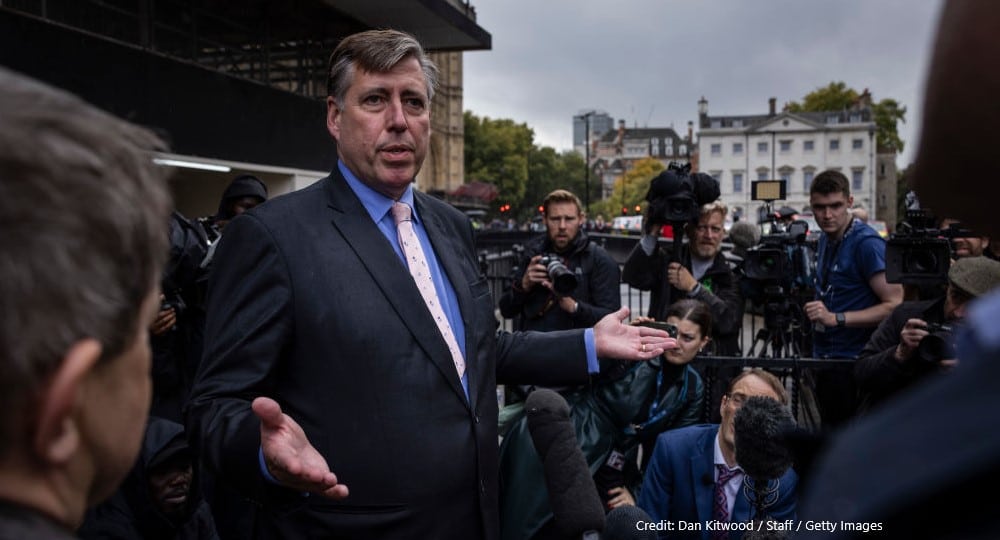 Lisa James examines the recent Conservative leadership contest, asking whether it was unusual constitutionally as well as politically. She highlights that whilst it is not unusual to change Prime Minister without a general election, the  role of party members in selecting party leaders raises more questions.

The calling and (brief) duration of this year’s second Conservative leadership contest offered plenty of drama – from the rapid fall of Liz Truss, to Boris Johnson’s attempted return to the premiership, to Penny Mordaunt’s admission of defeat just moments before the nomination deadline. Rishi Sunak, ultimately the only candidate to achieve nomination and therefore the uncontested victor, took office on a pledge to restore stability, and will be hoping to do the same for his divided party.

But was the leadership contest as extraordinary in constitutional terms as political ones? Two key questions have been raised. Is it constitutionally unusual to change a Prime Minister without a general election? And what are the implications of the role that grassroots party members play in selecting leaders?

The first of these questions is fairly straightforward: there is nothing unusual about changing Prime Ministers without a general election. Recent history confirms this. Theresa May had been in office around nine months when she called the 2017 general election, hoping to improve her majority (though things did not go to plan). Gordon Brown waited almost three years to call an election after taking over from Tony Blair in 2007, while John Major saw out the five-year parliamentary term before calling the 1992 election, 18 months into his time as Prime Minister. Though Johnson began seeking a general election soon after becoming Prime Minister, this was motivated by a desire to break the Brexit deadlock by changing the parliamentary arithmetic.

Opposition parties began calling for a general election early in the Conservative leadership contest, unsurprisingly given the dire poll performance of the Truss government. They were joined by some of Johnson’s backers, who argued – surely with an eye to the same polling – that Conservative MPs could only avoid an election by supporting a Johnson return.

But both groups based their arguments, implicitly or explicitly, on the idea that Prime Ministers hold a personal electoral mandate – the same concept invoked by Johnson’s own appeals to his ‘colossal mandate’ earlier this year. The fundamental problem with this idea, now as then, is that no such mandate exists. Party leaders undoubtedly influence voting behaviour, but the basic logic of UK parliamentary democracy is that it is the House of Commons which is directly elected, and therefore holds the democratic mandate. The government’s authority derives from its ability to command the confidence of the elected chamber. New Prime Ministers might seek an election to stamp their authority on their party, or to increase its majority. But they are under no constitutional obligation to do so.

The prospect of a far more constitutionally unusual outcome briefly existed – that members, and a minority of MPs, might reinstall Johnson as Prime Minister months after his premiership collapsed.

The episode neatly illustrates why the role members play in leadership contests is so controversial. Both major parties give their grassroots members a substantial role in selecting the leader, whether in opposition or in government. Would-be Conservative contenders gather nominations from fellow MPs, who then whittle down the resulting nominees to a final two to go forward to the membership for decision. The Labour system is broadly similar but gives even more power to the grassroots, putting all the candidates who meet the nomination threshold forward to the member ballot.

These systems can disrupt the basic constitutional logic of a parliamentary system, allowing a candidate who successfully appeals to the membership to become Prime Minister even if a majority of their own MPs either prefer another candidate, or actively oppose them. Such leaders find themselves vulnerable to accusations of illegitimacy – activists, after all, are not democratically accountable as MPs are. And a leader who does not have the support of their own MPs cannot hope to command the confidence of the House of Commons. Party loyalty may be enough to carry them through a formal confidence vote, but their prospects of governing effectively are slim. This is not merely hypothetical – Liz Truss consistently trailed Sunak in MP ballots before being chosen by the party base. And a similar dynamic played out in opposition after Jeremy Corbyn lost a vote of no confidence by his parliamentary party in 2016, but was kept in post by Labour’s grassroots.

The 1922 Committee did make some changes to the rules for this most recent Conservative contest, seemingly to address this problem. First, the threshold for nomination was set at 100 MPs (or just under a third of the parliamentary party) compared to just 20 in the summer. This effectively capped the number of candidates at three. Second, a non-binding ‘indicative vote’ for MPs on the final two candidates was added, letting the parliamentary party give a steer to the membership. These changes reduced the risk of a Prime Minister taking office without the support of their own MPs – but did not remove it. The possibility remained that the usual system could lead to a highly unusual outcome. Concerns were also raised – not for the first time – about whether political parties have the expertise or resources to deliver secure online ballots.

It is ultimately unknowable whether Johnson achieved the numbers necessary for nomination. But some of his supporters clearly hoped that, could 100 signatures be secured, his popularity among the base would see him returned to the premiership. This raised the prospect of a Prime Minister so demonstrably lacking in the confidence of his own MPs that his government had crumbled just months before. Johnson ultimately withdrew from the contest, recognising in a statement that he could not govern effectively under such conditions.

On one reading, this shows the system working, proving that politics will intervene where formal rules are insufficient. But it is not impossible to imagine a future candidate in a similar situation – a deeply divisive figure, openly opposed by a majority of the parliamentary party, but popular with the grassroots – deciding to brazen it out, and risk chaos in government for a chance at power. And that is extraordinary indeed.

By Lisa James, Research Fellow at the Constitution Unit and co-author, The Parliamentary Battle over Brexit.