Business is speaking out against Brexit 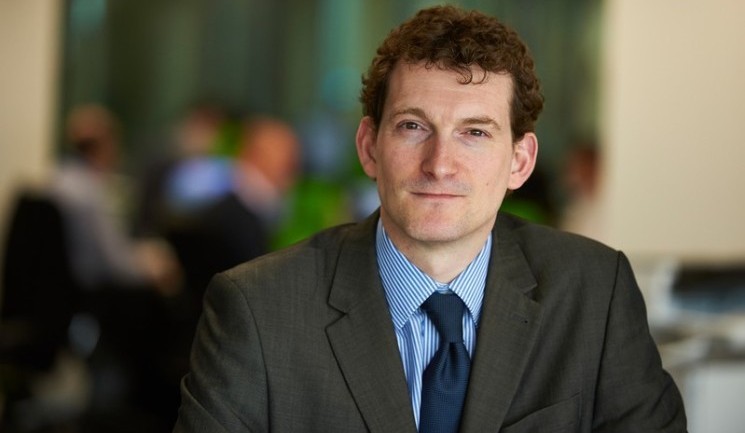 The European Union affects many aspects of life in the UK, and as such the question facing the voting public on June 23 is not simple to answer. There are some profound implications for the country’s future of the decision to remain or leave, and motivations of different voters in making their choice will vary. Some will be driven by concerns over security, some over immigration, identity, or the environment. A key consideration for many will be the future of the UK’s economy and what’s best for our prosperity.

Business has a role to play in the debate because no one is better placed to assess the referendum’s consequences for Britain’s economy than the business community. Ultimately, it is business that creates jobs and growth and raises living standards.

The CBI represents 190,000 businesses of all shapes, sizes and sectors, employing around 7million people across the UK. That’s approximately a third of private sector employees. The majority – 80% – of our members believe that their business is best served by the UK remaining in the European Union. Only 5% of our members support a vote to leave.

Over the last few months, businesses from across the country have been expressing their views on the UK’s EU membership. These comments are not intended to tell people how to vote. Individual business leaders tend not to wade into political debates but because EU membership is of a real economic benefit, many businesses are trying to provide the balanced information the public is asking for on the issue.

Some major companies, employing hundreds of thousands of people between them, have been putting across their views. BT, for example, employs over 70,000 people in the UK. Around a quarter of their revenue comes from their work assisting large organisations outside the UK. Membership of the EU is important to them because it opens up the European market through the free trade area the Single Market.

The EU also negotiates trade deals on the UK’s behalf, and as it represents 8 times the number of people the UK has itself, it can negotiate better quality deals for the UK with countries like Canada, South Africa and South Korea. These support BT’s growth, which is why the company supports the UK remaining in the European Union.

It’s not just big companies that benefit from EU membership. The Green Stationery Co which employs 3 people in Bath imports sustainable products from Germany and benefits from the lack of import duties; Bluebird Tea, with 25 employees in Brighton, only have to comply with one set of labelling requirements to sell tea across the EU, which saves them time and money; and events firm Low Associates, with its staff of 16, are able to offer an international service because they can easily hire staff from the Netherlands, Italy and Slovakia with the language skills they need.

We commissioned a report from PwC to model the impact of leaving on the business community and economy as a whole. Leaving the European Union did result in some regulatory savings and savings to the public purse over the next 15 years, but these are vastly outweighed by the added costs to business of trade barriers, limited migration and uncertainty.

Even in an optimistic scenario where the UK very quickly negotiates a trade deal with the European Union and keeps its trade deals with the rest of the world, by 2020, GDP could be down 3% – or £55 billion – from where it would be if we remained in the EU. That equates to a cost of £2,100 per household, and 550,000 fewer jobs. There are more negative scenarios. If the UK fails to secure a deal with the EU, GDP could be down 5% – or £100 billion – with a reduction in employment of 950,000, and an impact on household income of £3,700. These results are broadly reflected in other studies, which use different models but all show both short-term and long-term costs of leaving.

Businesses also see future opportunities within the EU, with the deepening in the Single Market providing potential growth for digital and services businesses. Free Trade Deals in the pipeline with Canada, Vietnam, America and Japan should all help UK businesses expand in those markets.

A ‘Capital Markets Union’ should help firms access new sources of finance, and an ‘Energy Union’ should help the energy industry, which all other businesses rely upon. The Prime Minister’s renegotiation has given the European Union a push towards moving these policies from paper to reality.

For businesses, the challenge for the Leave campaigns is to make the case that the UK can thrive economically outside the EU. At the CBI, we believe the UK can survive – but UK businesses want to do more than survive outside the European Union. They want to thrive, and the EU remains the best option for increasing our prosperity.

With the potential impacts to the wider UK economy of leaving, the impacts individual companies would feel, and the brighter future the European Union is presenting, it is no surprise that many businesses would prefer the UK to remain in the European Union. As a result, throughout this referendum, the CBI will be putting forward that business case on behalf of its members.

This piece was written by Andy Bagnall, CBI Director of Campaigns