Business: working with the EU from the outside 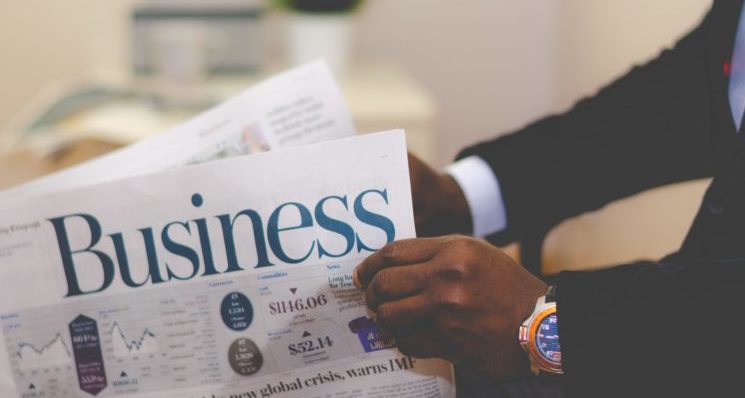 Once the light show has faded and the Prime Minister’s speech ceased looping, the biggest, visible, most practical change after the UK’s departure from the EU on 31 January will be the loss of British influence in Brussels.

With no Commissioner, no seat at Council meetings and no MEPs, the difference will be stark.

This matters for business for three reasons. Firstly, because the thousands of UK businesses that export to the EU – or sell to companies that do – will still have to implement EU rules.

Secondly, because the EU’s regulatory reach goes well beyond its borders, with multinationals adopting the EU’s system of chemicals regulation because it’s the highest standard, a dozen nations adopting EU data standards, and its status as a voice in its own right at multilateral forums like the WTO and the UN.

And thirdly, because the 71,000 businesses in Northern Ireland will still be directly implementing EU rules.

Luckily, though many of the politicians are leaving, much of the UK’s presence in Europe remains. The UK’s diplomatic base in Brussels, while being renamed, will still be operational.

Thousands of individuals that work within the European world will still have deep relationships with their counterparts.

And businesses will continue to make their voice heard, whether through their own direct relationships with the EU institutions, or through trade associations.

The CBI, for example, represents British companies at BUSINESSEUROPE, an organisation that meets regularly with Prime Ministers and Commissioners alike to communicate the cross-continental corporate view.

There are also still opportunities for formal routes for UK voices to be maintained within the EU.

The Political Declaration provides for the potential of joint effort between regulators on data, dialogues, sectoral cooperation as well as involvement at some key EU agencies, among others.

The UK has had a huge impact within the EU’s agencies, influencing two thirds of regulation produced by the EU’s Aviation Safety Agency alongside the French for example, as well as benefiting from the sharing of information those agencies provide – such as public health data on pesticides, avian flu and GMOs at the EU’s Food Safety Agency.

And with Albania being a full member of the EU’s agency for broadcasters, the National Regulatory Agency of Montenegro sending experts to the EU’s energy agency and with Turkey a full member of the European Environment Agency, precedent exists for meaningful third country cooperation – if UK negotiators are willing to fight for it.

But while the UK government, its businesses, civil society and experts will still have deep roots into Europe, how every one of those representatives of the UK works with the continent needs to change.

To truly influence Brussels, they will need to change together.

The rooms where it happens

Some of that thinking has begun. The Institute for Government has brought out a 90-page report with its thinking.

For the last year, UKREP – the UK’s representation to the EU – has been coordinating gatherings of the BBUKOO.

Far from being a continental version of Big Brother that got excited about acronyms, the ‘Brussels-based UK Organisations and Offices’ meetings are a useful forum for bringing together the UK’s leaders in Brussels to plan and share information together.

However, much deeper and a much more specific strategic approach will need to flow from this good first step.

Team UK will also have to look outside Brussels to influence it.

Hand-in-hand with business, the UK should be identifying its strategic economic interests in each member state and build its relationships out, with those priorities as their starting point – whether it’s innovation with Italy or services with Spain.

Those bilateral relationships with member states, without the regularly scheduled interaction of the Commission’s calendar, will need new routes to sustain them.

Annual bilateral events take place informally with a number of member states, such as the yearly UK-French Colloque and the UK-Polish Belvedere forum.

Ongoing outreach to important EU nations should be a priority, as well as annual Cabinet-level trips to each member state from 2021 onwards.

And UK government and business need to work together to ensure that the forums we do have are used productively, to directly benefit the UK – not just as talking shops.

Indeed, counterintuitive that it is, business would like to see the UK look well beyond Europe to bolster its relationships with Brussels. The EU has 140 offices abroad – from Afghanistan to Zambia.

Where the UK and the EU have aligned priorities, working together in third countries will continue to be of mutual benefit.

For example, working with the European Delegation in Beijing, the UK has been able make great strides on its agenda on intellectual property in China.

As the European Delegation also worked with the American, Japanese and Australian representatives in China on this, there is good precedent for continuing to work together.

Multilateral institutions will be absolutely key.

The drumbeat of international diplomacy continues well beyond the glass walls of the Brussels buildings, and on everything from climate targets and sustainable finance to cyber security, the UK and the EU will continue to have shared goals.

Investing in the UK’s presence at the WTO – where UK business is already devoting time, with visits up 600% over the last two years – is one way the UK can both work with the EU (to champion the rules-based international order, say).

It could also hope to parlay this into influence, for example on e-commerce, where if rules are agreed they’ll be directly applied on both sides of the Channel.

The latter is also true for regulation developed through the OECD, such as on taxation for the digital economy.

With the UK’s formal influence in Brussels diminishing so significantly from Brexit Day, it will be all hands on deck to keep Britain’s voice relevant and effective in the EU.

The UK will be most likely to achieve its aims after Brexit where it’s considered a valuable source of expertise, where it can be constructive, and where it is leading a pan-European agenda.

And it will have to simultaneously be very targeted in the issues it wants to make an impact on, while using every route and relationship at its disposal.

British business wants to help – and indeed is already doing so. It’s not alone.

Leagues of past and present politicians, experts and leaders want to help too. The UK government should act fast to coordinate these willing volunteers.

By Nicole Sykes, head of EU negotiations at the Confederation of British Industry (CBI).