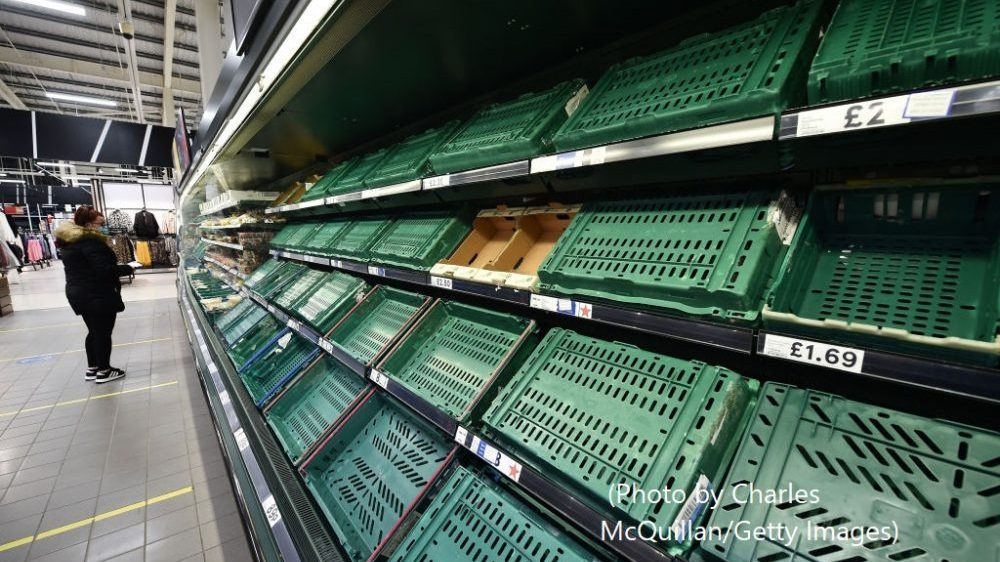 SHARE
Queues, paperwork, regulatory headaches, customs charges, visas. There’s quite a list of new barriers confronting those businesses trading with the European Union. Brexit didn’t have to be like this. But let’s not kid ourselves. It always implied that UK-EU trade would become more difficult.

We’ve spent much of the last five years debating the kind of Brexit we wanted. There were options that would have facilitated trade.

Some would have made the UK a rule taker, subject to laws over which it had no control, including freedom of movement.

Others, such as the deal negotiated by Theresa May, would have made things slightly easier when it came to trade and avoided any frictions between Great Britain and Northern Ireland.

But Boris Johnson eschewed all these alternatives. His view of Brexit, laid out almost a year ago by his chief negotiator David Frost, was clear: “We must have the ability to set laws that suit us….That isn’t a simple negotiating position… it is the point of the whole project.”

Alignment with EU rules, therefore, was out. So too was membership of a customs union as this would have prevented the UK from striking its own trade deals. The UK would indeed take back control.

Control, however, comes at a price. Customs declarations are the consequence of leaving a customs union. The need to comply with EU as well as UK rules follows from the decision to leave the single market.

The need for service providers — be they lawyers, or bankers, or architects, or Roger Daltrey — to secure visas is also a function of the desire for control.

The EU offered a pretty standard mobility deal under which visa-free travel for work was possible for limited periods. The UK Government rejected it, presumably because it smelled of free movement.

Clearly some of the disruptions that businesses face are merely “teething problems”. People will learn what forms they need to fill out, and what they need to fill them out with. Border infrastructure will be completed. Software systems might be improved upon. The Government might even offer assistance to help businesses adjust.

But the majority of the impediments are not temporary. Rather, they are the inevitable consequence of our decision to leave the EU in the way we did.

And things are likely to get worse rather than better. The Government has not yet introduced the full panoply of border checks, preferring to give businesses time to adjust before it does so.

When it comes to GB-Northern Ireland trade, a series of grace periods have spared firms from much of the disruption that the workings of the Northern Ireland protocol will eventually impose upon on them.

Then there is the pandemic. With most people at home, volumes of both trade and travel between the UK and the EU are significantly lower than normal. Those lawyers, bankers, architects and musicians, after all, have not been able to ply their trade in person.

It is only once things start to return to something approaching normal that we will know for certain what the true scale of the disruption may be.

In aggregate terms, the implications of Brexit can be gleaned from the economic forecasts. Our work with the LSE put the negative impact on income per capita over a 10-year period as around six per cent.

And much of this is attributable to what we assume will be a significant decrease in trade because of the increased cost of doing business.

Despite all this, it is not surprising that many businesses were taken aback by the implications of Brexit. After all, successive governments failed to explain the trade-offs it involved between autonomy and trade. Theresa May failed to acknowledge them.

Boris Johnson, for his part, simply denies them. He insists he wants to avoid the border between Great Britain and Northern Ireland that the protocol implies. And he assured us that the trade deal he signed with the EU involved no new non-tariff barriers.

And so, businesses were left to find out the hard way. One can only feel for them, not least as they only had days to adjust to the new terms of trade introduced by the UK-EU trade and co-operation agreement.

It may be of course that the Government will use its new-found regulatory freedom to try to help them at home. But that will be scant comfort for those who want to trade like they once did. It didn’t have to be like this, but this may be as good as it gets.

By Professor Anand Menon, director of the UK in a Changing Europe. This piece originally featured in the Evening Standard.