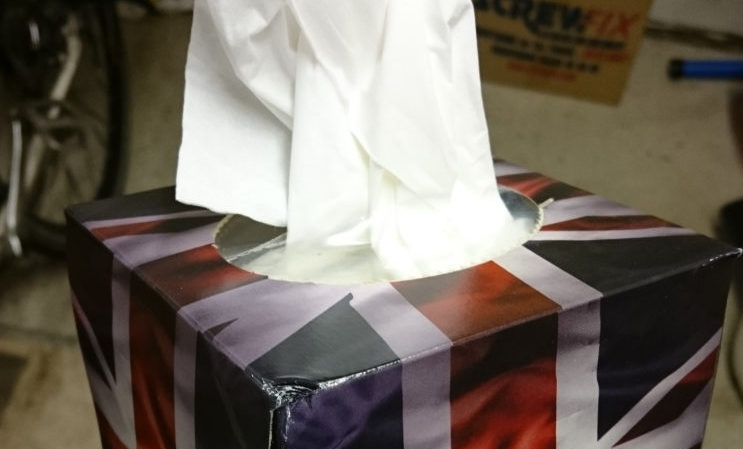 Now that the UK has voted to leave the EU, it faces an important new question. What relationship, if any, would it like to have with the European Union in future – and what kind of relationship with the UK might the EU itself be willing contemplate?

The options would appear to range from the UK being part of the European Economic Area, just as Norway and Switzerland are at present, to it not having any formal or trade ties with the EU at all. The former option offers the prospect of being able to trade with the EU on much the same terms at present, but at the price of accepting the EU’s freedom of movement rules. The latter would enable the UK to control immigration from the EU in the same way as it does immigration from the rest of the world, but leave it facing the prospect of tariff and regulatory barriers to trading with the EU.

One of the many considerations that will feed into how the issue is resolved will be how public opinion reacts to the options as they emerge and the apparent consequences of the vote to leave as they unfold.

One question we can ask straight away is whether there is any immediate evidence that those who voted to Leave regret the choice that they made. Has the reaction of the foreign exchange markets or the difficulties reported by some property funds given them pause for thought? Did some of them, perhaps, cast a protest vote in the expectation that Remain were going to win? Meanwhile, of course, it is only Leave voters who are having to face the potential consequences of their choice; the presumption of Remain voters that their preference would have been the wiser one is not being put to the test.

This is certainly one of the issues on which polls conducted immediately after the vote on 23 June have been focusing.

The first point that should be stressed is that most voters are content with the choice that they made. According to BMG 91% of those who voted say ‘I am glad to have voted the way I did and have no regrets.’ Survation find that 94% do not regret their choice. Meanwhile, Opinium report that 95% feel that they ‘completely’ or ‘mostly’ made the right choice. Buyers’ remorse is not widespread.

So there are some signs at the margin that those who voted to Leave are more likely to have regretted their choice. However, there is perhaps a much bigger group of voters who appear to wish they had behaved differently, that is, those who did not cast a vote at all. One company, BMG, has asked this group how they feel about what they did – and found that around one in four (26%) now wish they had participated in the EU ballot.

Meanwhile, if these polls are to be believed, those who did not vote in the referendum were markedly more likely to have been Remain supporters. According to BMG 42% of them would now vote for Remain, while just 20% would back Leave. Opinium put the equivalent figures at 48% and 17%.

It is the reported preferences of those who did not vote that provide the principal (though not the sole) explanation as to why both BMG and Opinium report that more of their samples would now vote for Remain than for Leave. On their own, the reported changes of mind of those who did actually vote on June 23 would simply leave the two sides tied on the same share of the vote. However, when the preferences of those who did not vote are also taken into consideration then according to BMG, 40% would now back Leave while 45% would support Remain (this estimate takes into account a greater tendency amongst those who backed Leave to fail to say how they would vote now). Opinium put the figures at 42% and 48% respectively.

So there is some apparent, limited early evidence of buyers’ remorse but maybe even more of abstainers’ regret. Between them they remind us that the outcome on 23 June was indeed a narrow one, and that, consequently, the task facing a government that will be endeavouring to maintain its popularity during the Brexit negotiations with Brussels may well prove to be far from an easy one. At least one half the electorate could be looking for a much closer relationship with the EU than the other half.

This observation is underlined by the answers that respondents gave when presented with the stark choice that may have to be made at some point – between on the one hand retaining access to the EU single market but consequently having to accept freedom of movement for EU citizens, or, on the other, being able to end freedom of movement but as a result no longer having unfettered access to the single market. Both Opinium and Ipsos MORI find that the former is currently the more popular option, but not by much – Opinium reckon it is more popular by 37% to 33%, Ipsos MORI by 42% to 38%.

However, what perhaps is just as important is that many voters (30% according to Opinium, 20% according to Ipsos MORI) are unable to say which option is the better. It may not just be the politicians who will find the choices thrown up by the Brexit negotiations to be tough ones.

By Professor John Curtice, senior fellow at The UK in a Changing Europe and politics professor at the University of Strathclyde. This piece originally appeared on What UK Thinks: EU.