By accident or design, a pre-Brexit General Election remains the most plausible outcome 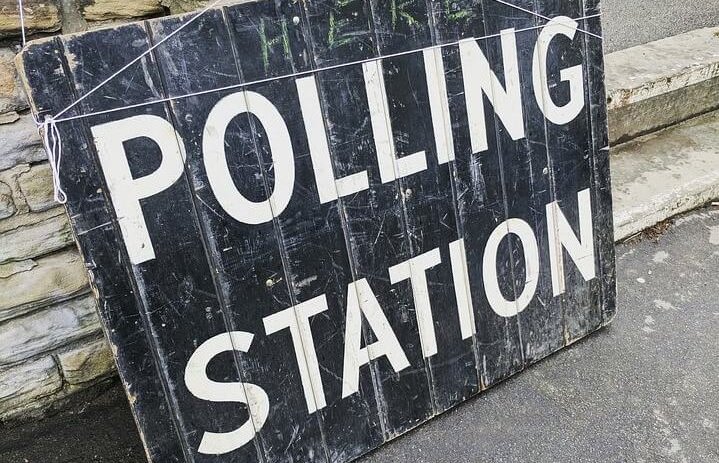 Following last night’s historic defeat for the government, uncertainty abounds about what happens next. Today will see a vote of no confidence in the government, which it will almost certainly win. However, that doesn’t mean a general election is off the table – far from it.

The procedural fundamentals of the Brexit endgame offer some clarity about how things will pan out. We at the UK in a Changing Europe have attempted to set these out in a report released yesterday in collaboration with the Bingham Centre for the Rule of Law.

Our survey of the options reveals that a general election may still be the most likely outcome. First, there is no limit on the number of no confidence motions that can be called – just because one is won by the government doesn’t mean that is the end of it.

The relative lack of support for the alternatives to a general election and the more straightforward procedural process for one to happen are good reasons to think it will arise. Opposition among a decisive number of MPs to the other options – the deal, no deal or a second referendum – seems entrenched.

Compared to a referendum, which requires an Act of Parliament, and more importantly a government willing to enact that legislation, the path to a general election is straightforward.

The simplest route is for a majority of MPs to pass a motion of no confidence in the government, like the one MPs will vote on tonight, in accordance with the wording set out in the Fixed-Term Parliaments Act. If a government cannot gain the confidence of MPs within two weeks, a general election automatically follows.

The question is how a simple majority would be reached. Labour, and all of the opposition parties, would of course vote against the government. The parliamentary arithmetic means around seven government MPs would need to switch and vote against. Were the DUP to abstain, that number would be reduced to around two.

As my colleague Alan Wager has explained, if Theresa May’s deal gets through the Commons at some point, a rebellion among her Eurosceptic MPs could easily bring down the government. Alternatively, if we seemed to be sliding inevitably towards no deal, it is not difficult to imagine a small number of Conservatives rebelling to put the brakes on.

A general election is also a much quicker option than a referendum. The legislative requirement is for a minimum five-week campaign, with probably a week or two either side, depending on the result. Conceivably, an election could even be concluded before the end of the Article 50 period.

One argument against an election is that it wouldn’t resolve the issue at the core of the impasse in Parliament. This is true in part, but not entirely. An election would mean a decisive change in that, at the very least, it would most likely lead to a new prime minister.

The Conservatives could not conceivably go into a campaign with Theresa May at the helm, selling – and forcing her MPs to sell – her deal which over 100 have now rejected.

A new Conservative leader or Jeremy Corbyn would certainly want to renegotiate May’s deal and would at least have different red lines as the basis on which to do so. The extent to which the EU might countenance reopening the talks for a different government is another question entirely.

Furthermore, although a general election may not entirely resolve the parliamentary blockage, it would at least move the parts around. The public would be presented with a clear enough choice on the future: a permanent customs union (and, okay, much ambiguity on the single market) with Labour or a clean break with the Conservatives, whose new leader would almost certainly be more pro-Brexit than May.

Of course, the campaign would be about much more than Brexit, but therein lies its virtue. A general election may be unpopular, as many elections are, but it would not have the toxic quality that a further referendum might. Elections are a more typical part of the British democratic furniture after all.

The big barrier to an election is of course that the governing party doesn’t want one. Though the party is deeply divided on Brexit, it is united in its opposition to Corbyn. However, even though the Conservatives might not actively pursue a general election, they could find themselves facing one if enough of their backbenchers feel they are left with little alternative.

Brexit is an issue beyond party politics for many MPs. One way or another, Theresa May will irredeemably alienate either her Eurosceptics or Remain rebels before the Article 50 period is done with.

As unthinkable as May’s deal is for the European Research Group, no deal is just as unthinkable for the pro-Europeans. Even abstentions could be decisive in eating away at the government’s wafer-thin majority.

There are of course barriers to a general election. But, whether by accident or design, it may be the most plausible option for where we’ll end up.

By Matt Bevington, policy researcher at The UK in a Changing Europe. This piece originally featured in Huff Post.