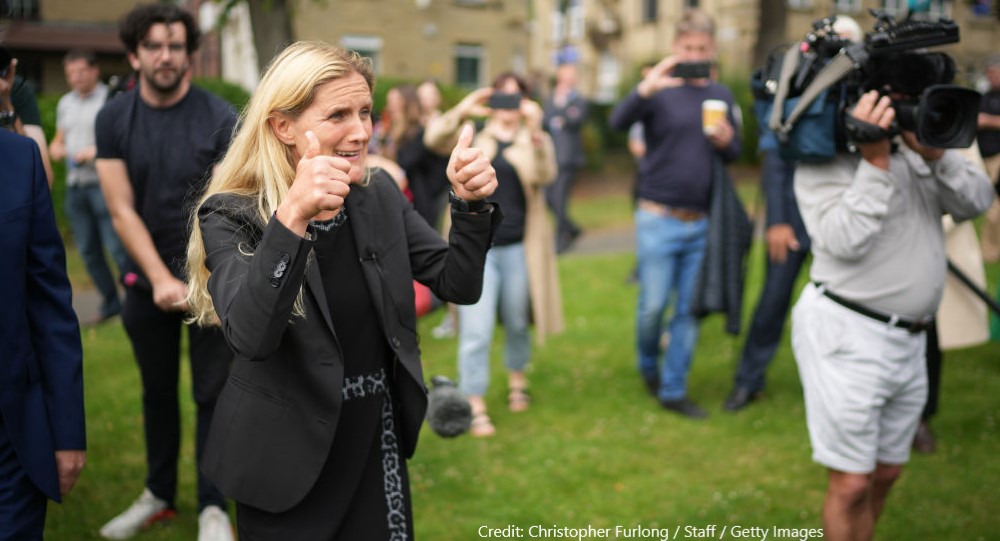 After any by-election commentators want to know what the results have to say about the future of the government of the day, or indeed the main opposition party.

Given the tendency of by-election constituencies to revert to the party habitually supported – and so reverse any uncharacteristic change of heart – the temptation is to say they tell us very little. But there are general lessons that can be drawn, and not always the immediate ones that are spun the morning after.

First, much can be learnt about the current position of the Labour Party from their joy (and palpable relief) in retaining a seat which they have held comfortably since 1997.

The seat, created in 1983, had a Conservative MP up until the Blair landslide, and since then has returned healthy Labour majorities.

At general elections Batley and Spen is reliable Labour territory.

The recent by-election was caused by the former incumbent, Tracy Brabin, spotting a gradual decline in Labour support and decamping to become mayor of the West Yorkshire Combined Authority.

She may have jumped too soon, though, because what with the tendency of by-election results to revert to the local norm at the next general election, Batley and Spen could well return Labour with a healthy majority next time round. But she is not the only MP to prefer the power of an elected regional mayor over the life of a back-bencher.

The Blue bulldozer was expected to continue demolishing the Red Wall of northern Labour seats, building on the spectacular Hartlepool victory for the Conservatives. To be fair, it came very close.

But the story of this by-election that needs to surface isn’t so much ‘Why did the Conservative Party not gain this seat and is this the end of Boris Johnson?’, but rather, ‘Why did Labour perform so poorly in a heartland seat, and how long can Keir Starmer hang on?’

Labour has been here before, in the 1980s: an unpopular and unappealing opposition unable to capitalise on government failures or inadequacies. At the Batley and Spen by-election, rather than being rewarded with a thumping majority from its loyal voters, it limped home. As they say, a win is a win, but the question remains, ‘Why so narrow?’

Batley is high on the list of deprivation but Labour campaigning didn’t highlight this as much as might have been expected. The ethnic composition of Batley and Spen is different to that of Hartlepool; the latter is more of a traditional ‘white working class’ area, and the former, while certainly a working class constituency, has a higher ethic minority population.

Maybe this demographic difference gives us a route into understanding Labour’s strategy. Maybe Labour saw what happened in Hartlepool and focused its attention on the ethnic minority community, pushing for a good turnout among what is becoming its core vote – as the white working class look elsewhere or become disillusioned with Labour’s preference for identity politics.

A piece of campaign literature from Batley and Spen points this way: Labour leaflets picturing Boris Johnson meeting the Indian Prime Minster were held up by Labour’s opponents, notably Conservative Party activists, as evidence of the party attempting to appeal to Muslim voters.

Although the move was criticised by a Labour MP as ‘dog-whistle racism’, in Batley the aim seemed to be to anger Muslim voters and ensure they turned out and voted Labour.

The big problem with this approach is who it leaves out. The white working class must have looked on from the side-lines, feeling marginalised and largely ignored.

The issue of white working class boys being the worst performing at schools would have been a main part of the campaign had it been another ethnic group, or female performance.

But those for whom identity politics is everything have spent so long demonising white males that the under-performance of white working class lads at school would barely register, or be of little interest as it conflicts with the narrative of white privilege and toxic masculinity.

In this by-election, for Labour any identity mattered except the white working class: rather than make broad-based appeals to economic and social improvement it preferred divisive appeals to identity, and particular identities more than others.

If this politics is not checked Labour will drift further away from the interests of those the party was formed to support.

Batley and Spen was a bad-tempered contest, with accusations of fake leaflets being circulated and an attack on Labour canvassers. Party politics is a hot-house and prone to trickery of one sort or another because the stakes are so high.

But such activities don’t win support, quite the contrary; they turn the public away from electoral contests. Such accusations did not emerge in Hartlepool or Chesham and Amersham, the latter being as bigger loss for the Conservatives as Hartlepool was a gain.

Do these results redraw the map of politics as some have claimed? Will the Tories make further gains in the north from Labour while losing southern seats to the Liberal Democrats – with Labour being squeezed in the middle?

Possibly but not likely. After all, these are by-elections. But what we can see is the Conservative Party making more of an appeal to the patriotic white working class as Labour abandons them to create a majority from minorities. That is what is shifting and over time, if that process continues, the political map may well be seriously restructured.

The results of the three recent by-elections display this in action to one degree or another – and then, of course, there are the local issues. But that is a whole other issue, and needs a separate blog.