Cabinet, Government and No 10 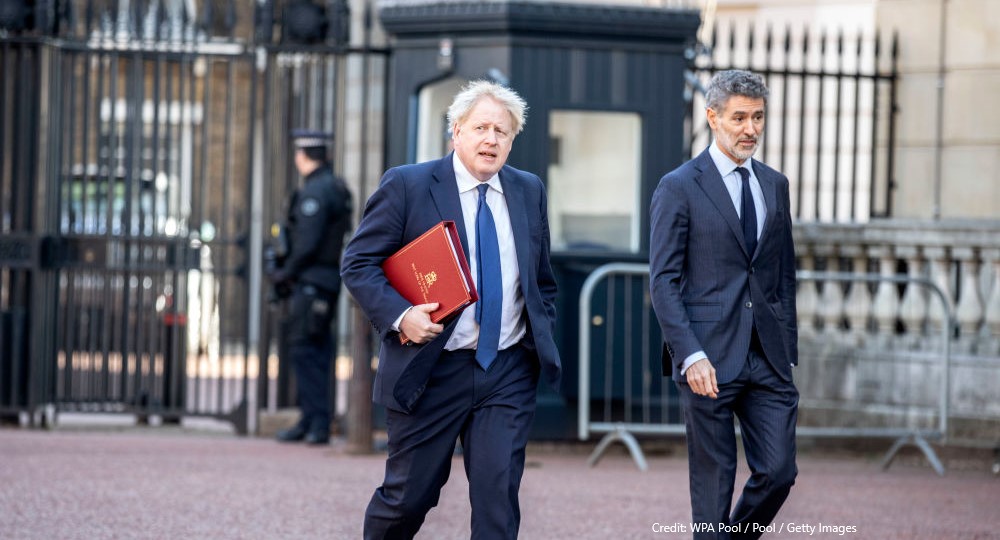 It was widely believed that the return of Boris Johnson’s government with a decisive mandate in December 2019 would heal the Cabinet divisions over Europe that had plagued Theresa May’s tenure as Prime Minister. The government now had a Brexit policy, subsequently enshrined in the Trade and Cooperation Agreement (TCA). Since then, Johnson’s majority and dominance of the Conservative party has meant that he has been able to shape the Cabinet in his image, creating a muscular No 10 operation that sought to ensure the PM’s writ ran across Whitehall. A major reshuffle carried out in September 2021 affirmed that only those committed to Johnson’s vision of a new relationship with the EU would progress. The PM ostensibly restored discipline and collective responsibility to Cabinet government.

Nonetheless, the process of unravelling the UK’s long-standing institutional and regulatory ties to the EU has led to ongoing tensions at the apex of the British state. The Cabinet is far from united on the shape of the new UK–EU relationship. The ruling Conservative party’s divisions have in the past bordered on the pathological and show little sign yet of abating despite Brexit’s finality. The decision to pursue regulatory dealignment from the Single Market led to tensions with business that were uncomfortable for Conservative politicians. In his resignation letter, Lord Frost hinted that the post-Brexit vision of the UK as a, ‘lightly regulated, low tax, entrepreneurial economy’ was being squandered by rising taxes, government regulation and higher public spending.

The ongoing dilemmas posed by the negotiation of the Northern Ireland Protocol stoked further dispute. While some Ministers acknowledged the need for pragmatism, others insisted a border in the Irish sea offended the basic principles of the Conservative and Unionist party. There were ominous signs that Cabinet unity was fraying as the realities of Brexit became starker. Johnson’s desire to maintain Cabinet unity meant he had been slow to dismiss incompetent ministers who supported him, notably the accident-prone former Secretary of State for Education, Gavin Williamson.

Meanwhile, tensions with the civil service did not abate. Few officials had much direct experience of EU negotiations. They were easy targets when the UK government’s negotiations ran into difficulty. The high-profile departure of permanent secretaries added to the mood of crisis. During May’s tenure, officials struggled to identify policies that could appease rival Cabinet factions. When discord escalated, the civil service found itself caught in a vicious pincer movement between parliament and the executive. The scars ran deep. In this climate, it proved difficult to place the new relationship with the EU on a stable footing.

The Cabinet have been further split over Covid restrictions. The Chancellor, Rishi Sunak, was opposed to measures that might have negative economic consequences, whereas ministers including Liz Truss and Grant Shapps sought to reflect backbench opposition to ‘coercive controls’. Sajid Javid, the Health Secretary, and Michael Gove, the Secretary of State for Levelling-Up, argued in favour of restrictions. Johnson was forced to allow Cabinet debates to play out rather than imposing his view as strong PMs would previously have done. A Cabinet meeting in November 2021 to discuss parliamentary standards in the light of the Owen Paterson affair was reputed to have lasted over five hours. By now Johnson was being compared to his hapless predecessor, Sir Edward Heath.

The Public Administration and Constitutional Affairs Committee raised further concerns about the oversight of decision making during the pandemic. In September 2020, four decision-making groups of ministers and officials had been established covering healthcare; the public sector; economic and business issues; and international matters. These were subsequently replaced by two Committees (Covid-19 Strategy and Covid-19 Operations) and a Cabinet Office secretariat. A ‘quad’ of senior ministers continued to meet informally but its role in Covid policy was oblique. The Cabinet Office was attempting to fulfil its age-old function of policy coordination in the face of conflicting Whitehall departments.

The Johnson administration’s approach to governing has been through two distinctive phases. At the outset, Johnson’s team had a distinctive vision for reforming British government. The state machinery was judged to be slow-moving and cumbersome. No 10 fought to appoint more ‘wild card’ advisers. Cummings believed the centre of government ought to be run in a style akin to a Silicon Valley start-up where ‘only the paranoid survive’. There were efforts to assert greater control over the Treasury, merging the No 10 Policy Unit with the Chancellor’s team, while controlling departments through the political network of special advisers.

Nevertheless, Cummings’ abrasive style and controversy during the first Covid lockdown led to his departure in December 2020. A second phase of governing was initiated in which Johnson turned to experienced Whitehall insiders to manage his No 10 operation. Simon Case had already been installed as Cabinet Secretary, while Dan Rosenfeld was appointed as Downing Street Chief of Staff. More combative rhetoric was abandoned. Johnson’s governing style relied on the centralisation of decision making.

Even so, Johnson’s team soon discovered that the centre of government has limited influence given the presence of powerful, functionally driven Whitehall departments. UK central government has been portrayed as ‘an accumulation of departments’ with a ‘polo mint’ hole in the centre. There were efforts to establish new committees and processes, but No 10 struggled to embed a stable structure. In April 2021, it was announced that the Delivery Unit would be re-established, marking the return of centralised performance management. Yet Johnson faced the problem that as Downing Street expanded, it was at greater risk of becoming divided between rival factions.

Brexit and the Covid-19 pandemic were asymmetric shocks reshaping the landscape of British government. Johnson could scarcely have foreseen the scale of the governing challenges he would face, and increasingly resorted to de facto centralisation in No 10. Yet power resides with departments, arms-length agencies and devolved governments outside the centre’s direct control. The Prime Minister lacked the tools to achieve his priorities in a more disaggregated UK state.

By Patrick Diamond, Reader in Public Policy at Queen Mary University of London. This article is part of the Constitution and Governance in the UK report that was completed on 4 March 2022.