Cameron vs Farage: who won and what did we learn about both campaigns? 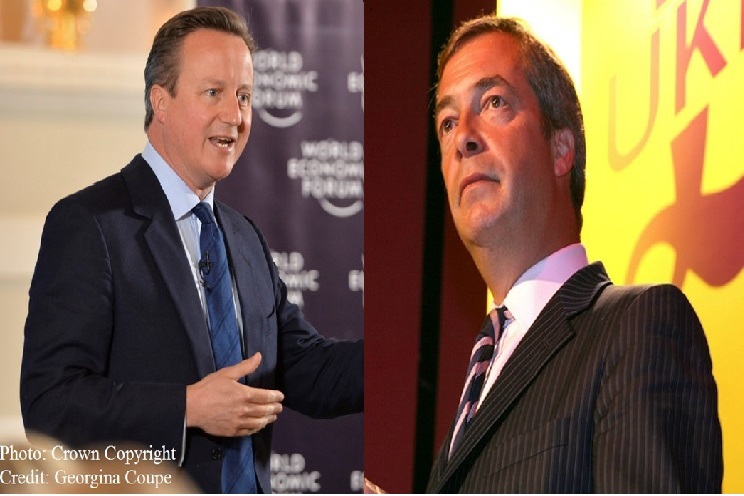 As so often in TV debates, it’s the context that counts. In the ITV debate between David Cameron and Nigel Farage, broadcast on Tuesday, both men came into the contest with assorted clouds round their heads. David Cameron had been facing challenges during the day that he was panicking about the referendum, calling an impromptu press conference to accuse the Leave campaign of lying without using the word ‘lying’. Nigel Farage, meanwhile, had taken criticism from his linkage of the German New Year sexual assaults with remaining in the EU from assorted public figures, including the Archbishop of Canterbury, Justin Welby.

As a result, the onus was on both to make a good fist of things on this first outing into mainstream media. Farage has felt that he’s been marginalised in this campaign so far, especially by Vote Leave, so this was a strong platform on which to work. Cameron needed to turn in a stronger performance than the one he gave on Sky News last week, where he didn’t make many friends with the studio audience. However, if one was looking for answers, then this wasn’t the debate to find them.

In part, this was a consequence of the format. With each man getting half an hour of rapid-fire questions from an almost uniformly hostile audience, who were able to make their own replies, neither Farage nor Cameron was able to build and develop themes to any real extent. Indeed, at points, the main challenge appeared to be not snapping back at questioners, something that Cameron seemed to have managed a bit better.

The upshot was a fair amount of self-stepping of questions, to get back to their preferred framings: immigration and the loss of control for Farage, economics and the dangers of isolation for Cameron. All of the old favourites were present and correct: ‘unelected bureaucrats’, ‘we’re fighters not quitters’ and the rest.

With little time to expand ideas and an audience that was one of the best-prepared that has been seen on TV for quite some time, there was little scope to convince those uncertain at this stage. No killer facts were introduced by either man, just as neither of them set out any long-term strategy for the UK.

This latter point has long been an issue in the referendum debate. If Leave can’t agree on a post-Brexit plan for the simple reason that they are joined only by the desire to exit the EU, then Remain have done no better in explaining how future reform might work and what the UK’s strategic goals might be. This debate echoed that with its calls to British pluck and determination by both men, but no vision.

This aside, the structure of the debate meant that if you weren’t already comfortable with a range of issues then you would have probably not gained much understanding of what’s what. Ironically, it was precisely the audience interventions that most strongly shaped this, by the almost constant challenges to any claim made. With a host, Julie Etchingham, who played a very low-profile role throughout, there was no way for a viewer to know who was giving more factual or accurate information or interpretations.

Taken as a whole, the debate was a stronger piece of TV than it was a public debate. In particular, the necessity of no head-to-head debate – forced by Number 10’s unwillingness to put Cameron into any more trouble than might be necessary – meant that there could be little challenging of each other’s ideas. For two such proficient public communicators, adjustments to the format could be made, but the focus stayed very much within the studio, rather than reaching out to the viewing public.

Both Cameron and Farage displayed their strengths. The latter made hay with his anti-establishment credentials, while the former could draw on his record (even as it was challenged) and experience. Neither man made an obvious error, but equally neither delivered anything close to a knock-out blow.

Which brings us back to context. Think of these debates like a penalty shoot-out. You might make a lovely shot into the back of the net, but the main issue is whether your team-mates manage to do the same (stylishly or not). Both Farage and Cameron have given their sides something to work with, but there’s still plenty of scope to fumble the ball.

By Dr Simon Usherwood, senior fellow at The UK in a Changing Europe and senior lecturer at the University of Surrey.