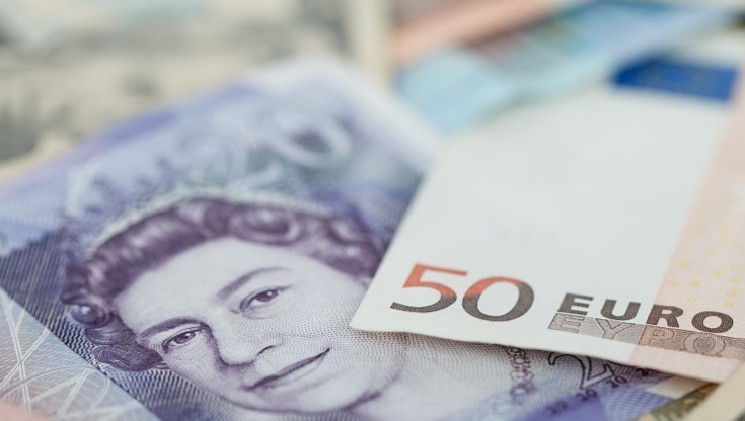 The economic governance issues go right to the heart of the UK and EU problem. The currency of the EU is the euro, and legislation and regulation of financial services is governed by EU law.

It is acknowledged by all EU nations that eurozone countries require deeper economic integration to make the single currency viable. Financial regulation for the single market is through a ‘single rule book’ although there is some flexibility for the application of specific regulations. The rule book must therefore be consistent with the deeper integration required to make the single currency viable.

The UK (along with Denmark) has an opt-out from the single currency. But it does not have an opt-out from EU financial regulation and the single rule book. The question is whether the single rule book can work for the eurozone and the UK using its own currency. Moreover, under the Lisbon Treaty voting arrangements, the 19 eurozone countries have a majority in the Council of Ministers and are therefore able to determine financial regulation over British objections. For this reason, Mr Cameron has sought a series of safeguards to protect UK interests.

This all sounds perfectly reasonable. However, there is a complication. Many of the eurozone’s financial services activities are actually located in the UK. For example, London is the European headquarters for around half of the world’s largest banks. Therefore, exemptions to the UK would undermine efforts by eurozone members to regulate their own activities. This is an intractable problem as long as the UK remains the financial centre for the EU.

Any ambiguity between rules applying in eurozone countries and those in non eurozone countries, while diplomatically appealing, will eventually be exploited by financial markets. As we have seen, financial stability is not a zero-sum game. It is in no one’s interest to have ambiguous financial regulations.

What has the UK asked for?

The UK asked for a number of principles to be recognised under the rubric ‘economic governance’. These are essentially safeguards for UK financial interests from future regulations which may favour the eurozone.

Consider each in turn:

1. That the EU has more than one currency

That there is more than one national currency used by members of the EU is trivially true. But recognising the EU as a multi-currency Union would contradict Treaty statements that the EU is an economic and monetary union and that the currency is the euro. This would surely be unacceptable to the large country members of the eurozone who have paid a high price to ensure the survival of the currency.

The idea that the EU would explicitly recognise the Union as a multicurrency zone is an audacious proposal which is almost certain to be rejected.

2. That there should be no discrimination on the basis of the currency of the country

Taken at face value, this would seem to be obvious as discrimination would contradict EU law. However, this comes back to the European Central Bank’s (ECB) failed attempt to require clearing houses carrying out euro business to be located within the eurozone. The ECB based their argument on the principle that financial activities that may need access to emergency liquidity ought to be based in the jurisdiction which supplies that liquidity. The economic rationale would be that the liquidity is ultimately granted by the taxpayer of that jurisdiction.

While the European Court of Justice upheld the UK’s objection to the ECB, the ruling was on the basis of competencies and not on the economic principle set out by the ECB. The draft ‘new settlement’ states that ‘any differences in treatment must be based on objective reasons’. It is hard to see how this constitutes meaningful progress for the UK negotiators. Indeed, if the final agreement makes reference to location based on the suppliers of that currency this would constitute a backward step for the UK.

The UK government argued in the Scottish independence referendum that a government outside of the UK could not expect automatic access to sterling. The same ‘objective reasoning’ ought to follow for systemic institutions outside of the eurozone.

3. Taxpayers of non-eurozone countries should never be financially liable for operations to support the eurozone as a currency

Taken at face value is entirely reasonable. Indeed, the draft ‘new settlement’ by President Tusk clarifies that non-eurozone countries will not have budgetary responsibility for crisis measures to safeguard the eurozone. This issue relates back to the use of eurozone Financial Stability Funds for an emergency bridging loan to Greece last year (although the UK received assurances against any losses). This was inappropriate and the clarification is welcome.

However, this does not mean that taxpayers in non-eurozone countries are immune to losses in the eurozone. As long as UK banks engage in cross-border banking then UK taxpayers are at least indirectly exposed. Consider the £7bn loan from the UK government to the Irish government in 2010. This was granted on non-commercial terms. Moreover, two UK banks supported by taxpayers, RBS and Lloyds, also provided support to their operations in Ireland. A significant amount of taxpayer funds to RBS covered losses at its Dutch bank subsidiary ABN Amro.

Therefore, while clarification is welcome for official (government to government support), in economic terms UK taxpayers will always be exposed to the eurozone (and other countries) as long as it is a global financial centre.

4. Financial stability and supervision is a key area of competence for national institutions like the Bank of England for non-eurozone members.

The ‘new settlement’ obliquely raises the possibility (no stronger) of greater flexibility around prudential regulation. This usually means the type and quantity of capital that financial institutions must hold and is harmonised across the EU. The Bank of England has long made the case that this may not be an optimal arrangement. But given that much euro financial activity takes place in the UK, different prudential regulations may encourage cross border arbitrage. It is hard to see how this is consistent with the primacy of financial stability. So far the language is extremely vague as to what this may in fact mean.

If the UK were to achieve significant concessions for differences in prudential regulation this may make financial stability in the EU more difficult to be achieved and therefore an own-goal.

Any issues that affect all member states must be discussed and decided by all Member States.

The draft agreement makes clear that the rights of non-eurozone countries are to be respected and any reasoned opposition to further integration will be heard by the European Council. But there will be no effective veto on further integration of the eurozone.

Mutual respect is welcome, but the priority is clearly deeper integration of the eurozone.

By Dr Angus Armstrong, senior fellow The UK in a Changing Europe and director of macroeconomics at the National Institute of Economic and Social Research (NIESR).