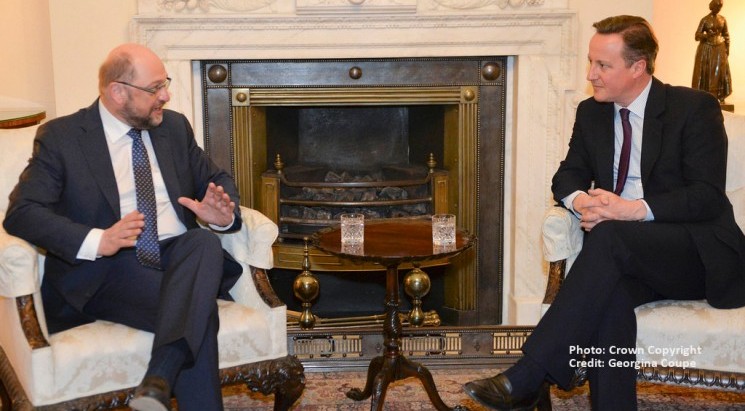 Subsidiarity has become the battle cry for those who would like to see more being done at national, not EU, level. At heart, it is about decisions being taken as closely as possible to the citizen. In legislative terms, it is about ensuring that legislative action is taken at the most appropriate level which, depending on the circumstances, may be at national level but it may also be at EU level. The concept of subsidiarity was introduced for the first time by the Maastricht Treaty in 1992.

The yellow and orange card procedure

In order to address this paradox, a Protocol was added to the Lisbon Treaty in 2009, the Subsidiarity Control Mechanism (SCM), which allowed for the introduction of the so-called yellow and orange card procedure. Under the SCM, each national Parliament has two votes. In the case of a bicameral Parliamentary system, each of the two chambers has one vote. The total number of votes is 56.

If the reasoned opinions correspond to at least one third of the votes assigned to the national Parliaments (ie 10 national parliaments) – or one quarter if the draft legislative act is submitted within the area of freedom, security and justice – the yellow card procedure is triggered. This means that the Commission must review its proposal. On the basis of the review, the Commission may decide to maintain, amend or withdraw the proposal. The Commission must give reasons for its decision.

If the reasoned opinions submitted constitute a majority of the votes assigned to national Parliaments (15 national parliaments), and the draft is submitted under the ordinary legislative procedure, the orange card procedure is triggered. This means that the Commission must review the proposal. On the basis of the review, the Commission may decide to maintain, amend or withdraw the proposal.

If the Commission decides to maintain its proposal, it must justify, in a reasoned opinion to the European Parliament and the Council, why the proposal complies with the principle of subsidiarity.

While national parliaments have invoked concerns about subsidiarity on a number of occasions, in only two cases have the thresholds been reached to trigger the yellow card procedure and in one the proposal was withdrawn.

The orange card has never been used: 13 national governments or a majority in the European Parliament would be enough to block the measure under the voting rules anyway.

What the Prime Minister wanted

The Lisbon SCM was not sufficient to satisfy the Prime Minister, David Cameron. In his speech in November 2015, he said:

“So it is time to give these national parliaments a greater say over EU law-making.

“But we want to see a new arrangement where groups of national parliaments can come together and reject European laws which are not in their national interest.

“We also need to address the issue of subsidiarity – the question of what is best decided in Brussels and what is best dealt with in European capitals.

“So we want to see the EU’s commitments to subsidiarity fully implemented, with clear proposals to achieve that.”

This has resulted in the proposal for a red card procedure.

First, it confirms that the purpose of the principle of subsidiarity is, as we have seen, about ensuring ‘that decisions are taken as closely as possible to the citizen’ and that the EU can only take legislative action where the proposal has  It refers  ‘transnational’ (ie an inter-state element).

Second, the draft decision says that reasoned opinions issued by national Parliaments in accordance with the yellow card procedure are ‘to be duly taken into account of by all institutions involved in the decision-making process of the Union. Appropriate arrangements will be made to ensure this’.

Third, the draft decision introduced the so-called ‘red card’ procedure, which means where national parliaments issue, within 12 weeks, reasoned opinions on the non-compliance of a draft Union legislative act with the principle of subsidiarity, and those national parliaments represent more than 55% of votes (ie 16 parliaments), the Council will have a comprehensive discussion of these opinions. Following such discussion, the representatives of the member states acting in their capacity as members of the Council will discontinue the consideration of the draft legislative act unless the draft is amended to accommodate the concerns expressed in the reasoned opinions.

Implications of the settlement deal

Although described as a red card procedure, the procedure is, in fact, more pinkish in hue. The language of a red card suggests that the proposal will be blocked and withdrawn (ie ‘sent off’ to use football jargon) once 55% of national parliaments object. This is not the case: discussion of the draft legislation by the Council is merely discontinued unless the draft is amended to accommodate the concerns expressed by the national parliaments.  Whether the amendments satisfy this requirement is for the Council itself to decide.

Further the 55% threshold (ie more than half or 16 national parliaments) makes it harder for member states to object to a measure than in the yellow card procedure (10 national parliaments). Experience shows the Commission has already withdrawn a proposal when faced with significant opposition. Critics also say that the red card procedure is unlikely in practice to produce different outcomes than would result from normal voting rules.

So, in conclusion the prime minster got some, but not all, of his shopping list of requests. Nevertheless, what he did get sends out a strong message that subsidiarity was – and still is – an important principle. The issue is now how it will work in practice in individual cases.

By Catherine Barnard, senior fellow The UK in a Changing Europe and Professor in European Union law and employment law at the University of Cambridge