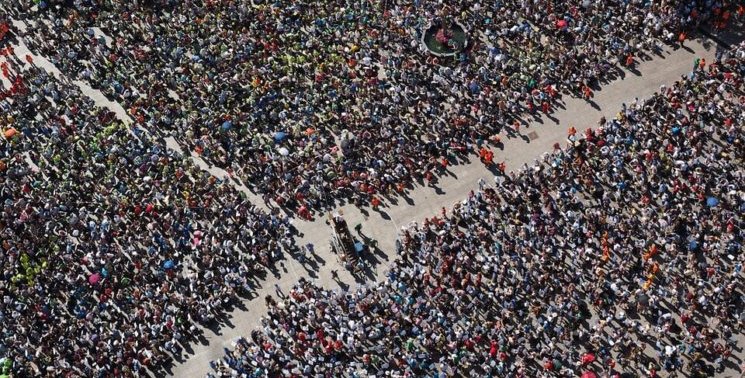 Given the difficulty that MPs seem to be having making a decision about Brexit, it is perhaps not surprising that there is considerable discussion of the idea that the issue should be put back in the hands of voters.

But the idea of a so-called “People’s Vote” has also become a major talking point thanks to a skillfully conducted campaign that has been intent on creating the impression that there is popular support for such a ballot by commissioning polling that appears to show that is the case.

However, this impression is misleading. True, many a poll does suggest that more are in favour of another ballot than are against. However, there are also plenty of polls that show the very opposite. Meanwhile, all polls show that the support for holding a second referendum is largely confined to those in favour of remaining in the EU.

In practice the questions can be divided into two types. On the one hand are those that ask people whether they are in favour of a “people’s” or “public” vote, without specifying what would be the options on the ballot paper – they simply ask whether there should be some kind of vote on the Brexit deal.

When those campaigning for a second referendum have commissioned polls, these are the types of questions they have preferred to ask.

Almost all polls that have asked questions worded this way have suggested that the idea is relatively popular. In the half dozen recent polls using this formulation, on average 45% of respondents have said they were in favour of another vote, while only 34% were opposed.

On the other hand, however, are questions that refer not to a ‘People’s vote’ but rather to a ‘second’, ‘new’ or ‘another’ referendum. At the same time these questions indicate that remaining in the EU would be an option on the ballot paper.

These produce very different results. On average, the polls asking such a question in the last couple of months have found only 38% in favour, with 48% opposed. 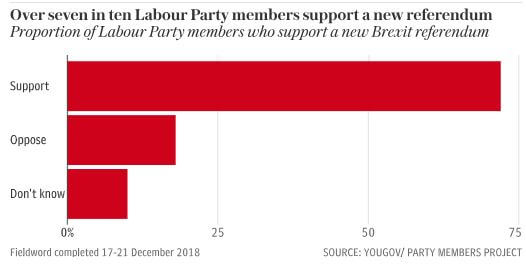 When those campaigning for a second referendum have commissioned a poll they have preferred to ask about an unspecified ‘People’s’ or ‘public’ vote – even though it is clear that they want remaining in the EU to be one of the options on the ballot paper.

The explanation for the divergence lies in how Leave voters react to the two different wordings. The proposition that the “people” might be put in charge of the fate of the Brexit process has a “populist” tone that helps win some Leave voters over, especially when it is not made clear that Brexit itself might be at stake. Questions worded like this find that on average around a quarter of Leave voters are willing to back the idea.

But when Leave supporters are asked whether there should be another referendum on the principle of Brexit, only one in eight are in favour.

In contrast around two-thirds of Remain voters want a second referendum, irrespective of how the question is asked. Thus, either way, the popularity of the proposal is is clearly largely confined to those who wish to reverse Brexit.

Perhaps in the end we may find that holding a second referendum is indeed the only way out of the Brexit impasse. But it cannot be said that voters themselves are very keen for MPs to pass them the buck.

By John Curtice, senior fellow at The UK in a Changing Europe and Professor of Politics at Strathclyde University. The ‘Brexit and public Opinion report’ can be found here. This piece originally featured in The Telegraph.