Can ‘A Better Deal’ replace the Backstop? 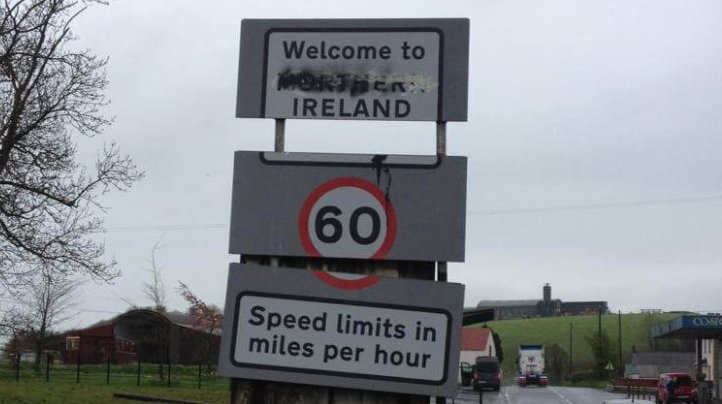 The Conservative compromise stirring interest this morning – not least because it involves the unlikely pairing of Nicky Morgan and Jacob Rees-Mogg – purports to offer Theresa May a way out of the current impasse by offering an alternative to the Withdrawal Agreement. Both wings of the Tory party apparently consider the “acceptable indefinite solution set out in A Better Deal” to constitute a reasonable replacement for the backstop.

‘A Better Deal’ was first published in December, written by Shanker Singham of the Institute of Economic Affairs, a lawyer (Robert MacLean) and a customs expert, Hans Maessen. It received public support from former Brexit secretaries David Davis and Dominic Raab, as well as the DUP.

It claims, ambitiously, to constitute an alternative to the Withdrawal Agreement, specifically a new Protocol on Ireland/Northern Ireland. So, could it cut the mustard?

The first article of this ‘new Protocol’ is pasted from Article 1.4 of the existing one, where it says: “The objective of the Withdrawal Agreement is not to establish a permanent relationship between the Union and the United Kingdom. The provisions of this Protocol are therefore intended to apply only temporarily”. A core selling point of this ‘Better Deal’ for Brexiteers, then, is actually already there in legally binding text of the original Protocol.

What else is the same as existing Protocol? The functions of the Specialised Committee on Northern Ireland/Ireland and the Joint Consultative Working Group are also pasted from the Withdrawal Agreement. So, too, are the references to the “unique circumstances on the island of Ireland”. As is the recognition that “nothing in this Protocol prevents the UK from ensuring unfettered market access for goods moving from NI to the rest of the UK’s internal market”.

But there are no references in the ‘new Protocol’ to the movement of goods from Britain to Northern Ireland – the so-called ‘border in the Irish Sea’ – which is meant to be anathema to unionist critics of the Withdrawal Agreement.

What else is different? Well, perhaps surprisingly, it gives a less secure status to the Common Travel Area than in the existing protocol. The parties would use their “best endeavours” to ensure it continues to apply. How is this sufficient to reassure unionists?

And it makes no mention of Irish citizens, North-South cooperation (other than what has accidentally been copied and pasted) or VAT, to name but a few serious issues. To be fair, this is not exactly a weighty alternative, coming in at 7 pages compared to 28 (excluding annexes). The intention is, surely, to give an impression rather than provide a solid legal basis for an international treaty.

The other key differences relate to time. Whereas the existing protocol puts a time limit on the extension of the transition period, to the end of December 2022, there’s no such time limit in ‘A Better Deal’. What it does offer is a time limit for the backstop itself: ten years from end of transition period, after which point “either Party” may terminate it. There is no indication as to why ten years is the preferred limit.

That said, it is not quite so neat. One of the annexes to this protocol (on ‘Irish Border Measures’) is set to “continue in force” even if the protocol is terminated, “and the Parties shall agree such modifications and additions necessary for its provisions to continue to take effect”. So an annex to a protocol would not only remain active but also be supported by new measures from both sides to ensure this is the case. The EU has long sought ‘flexible and imaginative’ solutions for the unique circumstances of Ireland, but this proposal is verging on contorted and insane’.

Ultimately, what is most important is whether the new protocol could deliver on avoiding a hard border. Funnily enough, it doesn’t even claim to do this. For example, in Article 63 it says “inspections on veterinary & SPS regulations shall be done at the premises … or at official border inspection facilities, located in the vicinity of the point of entry into the territory of the other Party”. In other words, there would be controls at the border.

The first articles from the annex on ‘Irish Border Measures’ point to two means of avoiding a hard border. First, the promises made by the two parties to “not to place physical infrastructure or introduce related checks and controls on the Irish border in any circumstances”. It is remarkable that any member of a legislature could think a mere expression of good will might be a reasonable substitute for international law.

The second means of avoiding a hard border is through the use of “existing technologies and systems”. However, this will still require new IT systems, customs declarations, technical checks and Union Customs Code measures. All of which begins to look rather like the “related checks and controls” that they are promising to avoid.

In terms of detail, as we have come to expect from proposals by Singham and Maessen, this one relies heavily on self-assessment and “periodic” declarations. This is all very well, but such an approach to customs facilitation also requires countervailing measures to minimise the risk of smuggling and fraud. The ‘Better Deal’ offers only “computerised risk analysis” and “random checks”.

What does this mean in practice? It relies on detailed data that can be verified. But “self-assessment” and “periodic declarations” simply do not provide data that is substantive enough for managing movement of goods between different customs and regulatory regimes. Secondly, computerised risk analysis without the means of intervention is pointless. There has to be an intervention at some time. There is no proper consideration of this in the document, which instead finds several ways to say the same thing: that declarations can be made electronically. This is but stage one of the process of moving goods across a customs border.

Finally, it is worth noting that even though ‘A Better Deal’ is the basis for extraordinary claims about the future of the UK, its relationship with the EU and the Irish border, no-one thought it worth the effort of going to Annex 2b of the new protocol on ‘Security Measures’ and replacing the holding text: ‘[Relevant measures to be inserted]’.

To sum up, this is by no means a serious legal text and it is bewildering that any parliamentarian would consider it to constitute a viable alternative to the Withdrawal Agreement’s protocol.