Can any party leader promise to ‘get Brexit done’? 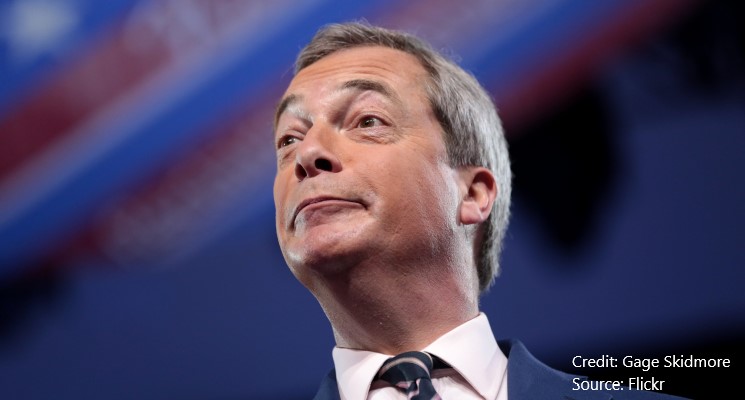 Those are the promises from Boris Johnson, Jeremy Corbyn and Jo Swinson respectively. Nigel Farage wants to drop the Johnson deal and instead negotiate a ‘quick’ free trade agreement with the EU.

But can any of them deliver?

The virtue of the Liberal Democrat route out of Brexit is that it could be done quickly and does not depend on the EU.

She proposes to use the unilateral right of the UK to revoke Article 50 established by the European Court of Justice in the Wightman case at the turn of the year. She might face a legal challenge if she simply used prerogative powers to do this rather than return to parliament.

Legal experts are divided on what the requirements are, but the safest course would be to legislate. A Lib Dem majority could pass a revocation bill quickly if needed and repeal the EU (Withdrawal) Act.

The UK would then have to revert to business as normal in the EU: nominate a commissioner and start attending Council meetings again.

It would need to unwind the changes to government that have been made over the past three and a half years to prepare for Brexit.

Legally and administratively, Brexit could be over quickly. But politically the argument would be likely to run and run as Brexit supporters all cried foul.

Boris Johnson promises a year of Brexit (at least)

The prime minister can point to his oven-ready Withdrawal Agreement and offer to get that through a more compliant parliament.

The end of December looks impossible, given the need to get the new parliament up and running, but with a majority he could fast-track his bill through by the end of January deadline and therefore ensure the UK is outside the EU.

But that is just the start. He has left himself precious little time to negotiate the long-term relationship.

His ministers are yet again promising that the common starting point for UK and EU regulation makes a trade deal a slam dunk.

But beyond ‘tariff free’ and ‘quota free’, it’s far from clear where the UK wants to go, particularly on services, which is supposed to be the big UK ask in new trade deals (but where we will be negotiating to stand still with the EU).

He would face a looming decision in June: whether to ask for an extension of the transition period.

Whereas he keeps saying, misleadingly, that staying in the EU to end-January has cost money compared to leaving with his deal, extending the transition beyond 31 December 2020 really would cost more, as the UK would have to pay into the new EU budget.

The EU may also make fishing access the price for granting an extension. The government would also have to have the Northern Ireland arrangements up and running.

No extension risks leaving either with no deal, or a minimalist deal which looks quite like no deal. At the moment that seems to be where the government is heading.

But if it changes its mind, negotiations could extend into 2021, 2022 and potentially beyond.

The Labour leader set out his approach to Brexit in a speech in Harlow this week. He is offering to get Brexit sorted in six months.

His first act would have to be to seek another extension of the Article 50 period to allow his renegotiation of the Johnson deal and to legislate for a referendum.

Corbyn has suggested the renegotiation could be completed in three months.

Keir Starmer suggested this would focus on the political declaration and, based on assurances from the EU in the summer when Labour was negotiating with Theresa May, could be done in four to six weeks.

Labour would presumably stick with most of the May-Johnson Withdrawal Agreement (though might try to revert to the May Northern Ireland protocol as offering a better safety net in case the future relationship negotiations ultimately failed).

But the speed depends on how negotiable the Labour proposition is. Vagueness may be an electoral asset but will not help if and when it comes to negotiations.

Will the UK’s role in future EU trade policy as part of a customs union with the EU be easy to negotiate?

What exactly does Labour have in mind with its ‘close relationship’ with the single market?

And is it (as Johnson asked in his letter to Corbyn) proposing to accept freedom of movement of labour now or stick by its 2017 manifesto assertion that it would end?

In 2018 Jeremy Corbyn expressed reservations not about level playing field requirements on environmental and workers’ rights but on something that the European Commission at least holds equally (if not more) dear: limits on state aid.

How much is Labour prepared to pay for the privilege of this new relationship? In other words, is the Labour deal negotiable?

The easiest thing to negotiate in that time would be a simple customs union and membership of the single market.

But when MPs had a chance to vote on the so-called Common Market 2.0 in April, 25 Labour MPs voted against and a further 34 abstained, although Corbyn himself voted in favour. As soon as Labour wants to depart from existing models, negotiations get harder.

But negotiating is only one strand of what Corbyn wants to do. In parallel he needs to legislate for and hold a referendum, to pitch Labour’s deal versus remain.

There is just enough time to do this from the resumption of parliament, but he would—like David Cameron before him—be legislating and negotiating in parallel.

Labour would also have to decide whether this was the sort of ‘confirmatory referendum’ that was proposed by backbenchers Peter Kyle and Phil Wilson.

Would they pass a withdrawal agreement before the referendum to come into force straight away if leave won? If not, that whole legislative process would need to kick off if the referendum came out for leave.

If the referendum verdict was to stay in the EU after all that, Labour could just revoke Article 50.

But if it was to leave, Labour would need to legislate withdrawal (if it had not done so already), and start negotiating the future relationship.

The political declaration can provide a guide – but there would still be a lot of detail to be worked through in the negotiations. Its first act would have to be to ask for another extension.

The Brexit Party rejects the Johnson deal. It wants to drop the Withdrawal Agreement and head straight to a quick free trade agreement with the EU.

There is just one problem: the EU has made it repeatedly clear that it will not talk trade with the UK without first settling the big withdrawal issues: money, citizens’ rights and the Irish border.

So the Farage clean break is a quick route to no deal. Those no deal preparations, now suspended, would have to be reactivated instantly. The fallout would dominate the political agenda.

But over time, trading with the EU on the same basis as they trade with the Yemen may not seem a great idea. In which case the UK would be back at the negotiating table. So even the Brexit party may not be able to get Brexit done.