Can Article 50 be revoked? 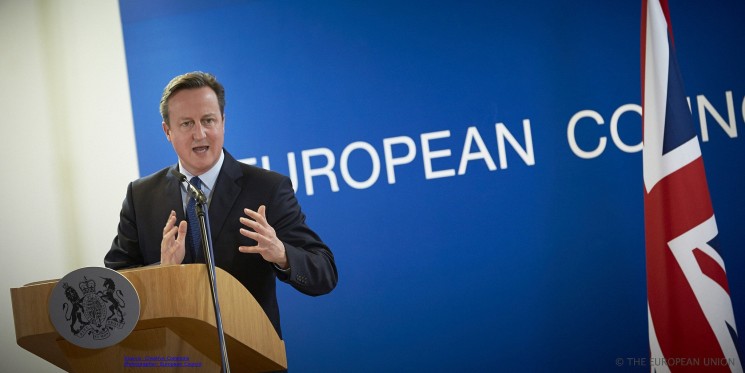 While much attention has been garnered on the question of whether and how Article 50 notification takes place, there is another aspect that has had less attention to date, namely that of whether, once invoked, Article can be revoked.

The issue matters for a number of reasons. Most obviously, given that the process is likely to take an extended period of time, the situation – internally in the UK and/or EU27 as well as externally in the wider world – might well change, necessitating a breaking off of the process before it can be concluded.

In addition, the issue of revocation also has implications for the relative bargaining power of the various parties to Article 50. If there is scope for terminating matters, and for Britain to remain within the EU having triggered negotiations under Article 50, this might alter the nature of the negotiations that take place.

Revocation comes in various different forms, which we can consider as follows.

If all parties in Article 50 – the EU27 and the UK – agree that the process should be stopped before its conclusion, then this is clearly unproblematic in political terms albeit less so in legal ones. While Article 50 does not provide for revocation, since the member states are masters of the EU’s constituent treaties then they can make the necessary adjustments that legal counsel might require, even if this does not need to extend beyond a formal declaration of the European Council. This would be the most likely form of revocation.

Unless specific conditions were applied the working assumption would be that the UK would continue as a member state on the terms of the status quo ante. In particular, the deal concluded by David Cameron in spring 2016 would not come into effect, as the European Council has now agreed that this has lapsed.

Unilateral revocation by the EU27:

Under both Article 50 and customary international law, this is not an option. Any member state has the right to leave the EU under the former, and cannot be bound to international commitments under duress under the latter.

Unilateral revocation by the UK:

The more complex situation is one where the UK decides to abort Article 50 without seeking the approval of the EU27. If this is possible, then it changes the balance of bargaining power within the Article, since it offers a third option to a British Government faced with a take-it-or-leave-it offer from the EU27 and a ticking clock to the end of the negotiating period.

Even in a more benign scenario, where the British Government has had a change of heart, but has been unable to convince the EU27 to accept it, then the basic question remains whether it can make this decision by itself.

Unfortunately, the legal position on this is not as clear as on the other options listed above. Firstly, Article 50 itself makes no provision for this situation, while the 1969 Vienna Convention on the Law of Treaties offers only limited guidance. The Convention works on the general concept that until one is not a member, one is a member.

The complications inherent in this, however, are various. Firstly, not all member states of the EU are signatories to the Vienna Convention, so are not bound by it: the EU itself is not a signatory, so would have to decide whether it had to respect the rights of those member states that are signatories.

This leads to a second objection, namely that the Convention is intended for cases where no exit mechanism exists (something that is not the case for the EU treaties). Since Article 50 requires the member state to have some internal decision-making process to get to notification, and since it does not insist on a deal being reached with the departing member state, then effectively that member state might been to have ceded its rights to change its mind.

The critical problem comes should the UK be felt to be make a vexatious use of unilateral revocation. The obvious case would be if the British Government revoked Article 50 in the face of a bad deal, and then shortly afterwards submitted a new Article 50 notification, in the hope of securing a better deal from the EU27 with the clock reset. Such an approach would not only be highly politically damaging, but would open the door to the ejection of the UK for non-compliance with the treaties.

In summary, Article 50 can be revoked, certainly by mutual consent, and probably unilaterally by the UK. However, that latter case would be highly unusual and would come with a lot of legal and political problems far beyond the narrow point of law.