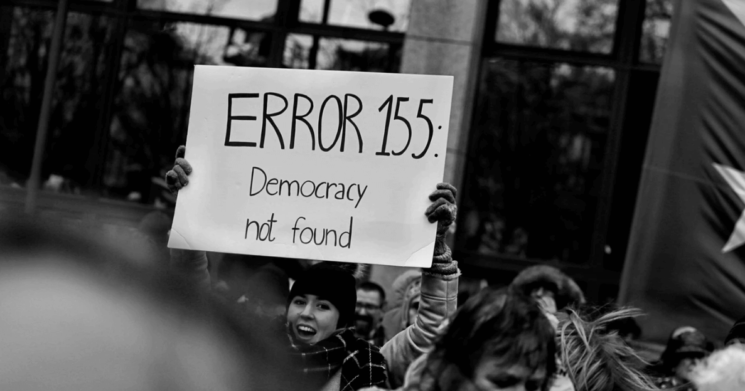 Can British democracy handle holding the European elections? It seems a strange question, when the traditional problem has been how to interest voters in electing MEPs. Yet these unusual, unanticipated elections are not just a contest between political parties but raise questions about the health of our democracy too. Part of the political polarisation around Brexit involves clashing accounts of what those dangers are.

Is it the failure of parliamentarians to enact the referendum result that risks destroying public trust in democracy? Or is it a backlash against MPs doing their jobs in our representative democracy that is stoking an illiberal authoritarianism?

Has the post-referendum climate given expressions of racism and prejudice new oxygen? Or was the lesson of the referendum result that the political classes have been too quick to close down democratic debates about issues of identity and immigration?

The questions are many, but the debate about the polarised political climate can conflate several distinct issues: trust in democracy; the drivers of extremism; and how the tone of political discourse influences social norms against prejudice, hate crime or political violence.

What are the limits?

When these issues are contested, it becomes more challenging to identify the essential boundaries for democratic politics – and how to practically protect them during an election campaign. So which boundaries are foundational? Civility towards opponents is valuable but cannot be mandatory. Anger has a place in democratic politics too: voters can vow never to trust a particular party ever again.

But politics, which exists to resolve differences peacefully, should not promote, legitimise or excuse violence. The rising number of death threats against MPs shows how escalating political rhetoric – against ‘traitors’ or ‘enemies of the people’ – heightens an atmosphere where those unable to distinguish between political argument and calls to violence could feel legitimised to act. But political polarisation need not be a bad thing in itself.

Democratic participation can rise when the stakes are high, as both the 2014 Scottish independence referendum and the Brexit referendum showed. What was on the ballot paper seemed bigger than in a periodic election. Yet these European elections may prove equally polarising precisely because the stakes are lower.

The contest will make a poor proxy referendum, even if it feels like one to many participants.

That is because only half as many voters are likely to take part. Parties can top the European polls in the UK with around five million votes, not the 13 million votes it may take to win a general election.

The incentive is to mobilise a core vote rather than to reach out to a broader coalition of support, as when a referendum has a 50% winning post. On polarised social issues, speaking to one side of the argument may be enough.

How extremism features in these elections may also affect arguments, at a moment when almost every party faces challenges over their commitments to root out prejudice. Though UKIP won the 2014 European elections, all but three of the 24 MEPs elected then have since left the party.

Their charge that leader Gerard Batten has turned UKIP into an extreme party has three main themes. Batten’s courting of ex-English Defence League leader Tommy Robinson, whom he has appointed as a personal adviser, was the occasion for the largest exodus. That Batten has focused more on the threat from Islam – which he describes as a ‘death cult’ – than Brexit, has repelled those who joined up for a eurosceptic party but not an anti-Muslim one.

Finally, the party has consciously recruited a group of online controversialists, who can help it to reach new audiences. The candidacy of Carl Benjamin, known online as ‘Sargon of Akkad’, cost UKIP its final three female MEPs after he defended tweeting that he “wouldn’t even rape” Labour MP Jess Phlllips.

The pressure group Hope Not Hate says that UKIP is now “an unambiguously far right party”, but it is former leader Nigel Farage’s description of UKIP as “the new BNP” that may prove an especially influential message with past UKIP voters. In disassociating from UKIP over its swing to the far right, Nigel Farage will expect to entrench his own credentials as a populist, polarising but mainstream politician.

Farage’s pledge that his new Brexit Party will be “deeply intolerant of intolerance” will be scrutinised by those sceptical of his past interventions on immigration. It is worth recalling that it was the Sun newspaper which challenged Farage over racist language most effectively during the 2014 campaign, in an editorial stressing that, while it is not racist to debate immigration, his comments ‘smearing Romanians for being Romanian’ were racist.

Both the messenger and the message were rather more likely to land this point with audiences considering supporting his party than another attack on UKIP in the Guardian. Meanwhile, Labour and the Conservatives continue to struggle to show that they are tackling anti-Semitism and anti-Muslim prejudice effectively.

Change UK, for its part, lost two candidates in the 48 hours after they were announced, as racially prejudiced social media posts were revealed, showing that problems with vetting candidates span the party spectrum. Parties can legitimately challenge their opponents over allegations of prejudice. But they do little to uphold anti-prejudice norms when this turns into an exercise in competitive ‘whataboutery’.

Parties who are quick to challenge their opponents need to demonstrate that they uphold similar standards when it comes to putting their own house in order. Government ministers have been warning that holding the elections may spark extremism and disorder – not least for the tactical political reason of attempting to pass the Brexit deal. That approach will now need to shift to a tone of vigilance without alarmism.

The right to your voice too

Non-partisan voices in civic society will also be concerned less with the political outcome then the impact on community relations. The challenge is to show that Britain can handle a democratic election in polarised times, while maintaining boundaries against violence and prejudice. This current political crisis is not just about how the Brexit stand-off is resolved.

These European elections may also illuminate how far one of the central values of democratic politics – understanding that those who we disagree with have a right to their voice too – risks being eroded, or can endure.

By Sunder Katwala, Director of the think tank British Future. This article is from our report The European elections and Brexit and originally appeared on Open Democracy.