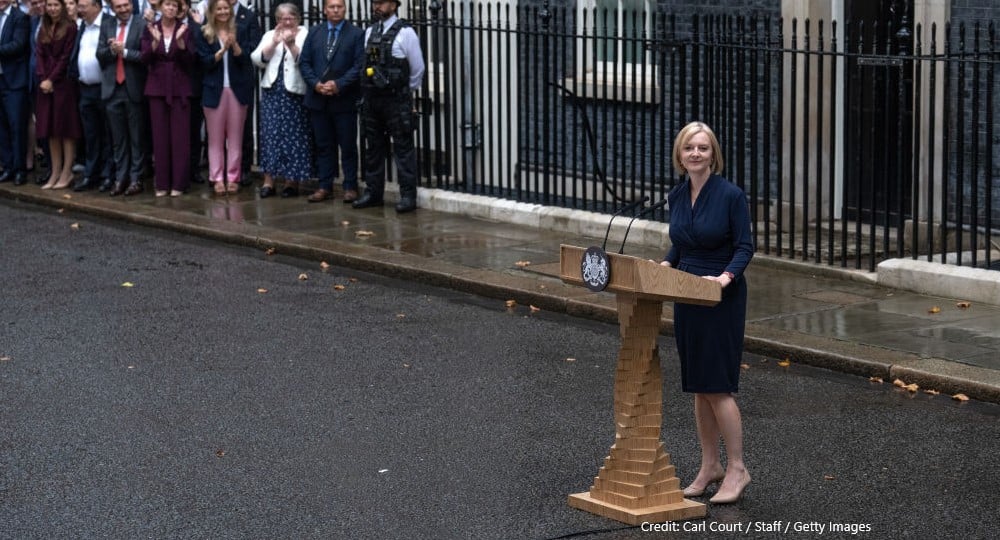 ‘I don’t ever want to rebel again, enough is enough’. Her overflowing in-tray notwithstanding, Liz Truss would have been relieved to hear these words from Tory agitator-in-Chief Steve Baker. Though she took the added precaution of making him a minister to ensure his loyalty anyway.

But her initial relief was probably misplaced anyway. Not least because, if she wants to win the next election, she might have to make choices that will discomfit those like Baker – many of whom ultimately put their weight behind her candidacy – on the right of her party.

Boris Johnson, of course, had no such problems. He won the 2019 general election as head of a united party. Yet there are good reasons to think that the Brexit coalition he assembled then was a one-time thing. 79% of Leave voters who voted in the 2019 general election cast their ballot for the Conservative Party. However, according to our new Brexit Tracker with Redfield and Wilton Strategies, the same would be true (excluding those voters who say they do not know) of just 45% of Leavers today. Just 14% of Leavers who voted in December 2019 voted for Labour. Polling today suggests that would be 34%. 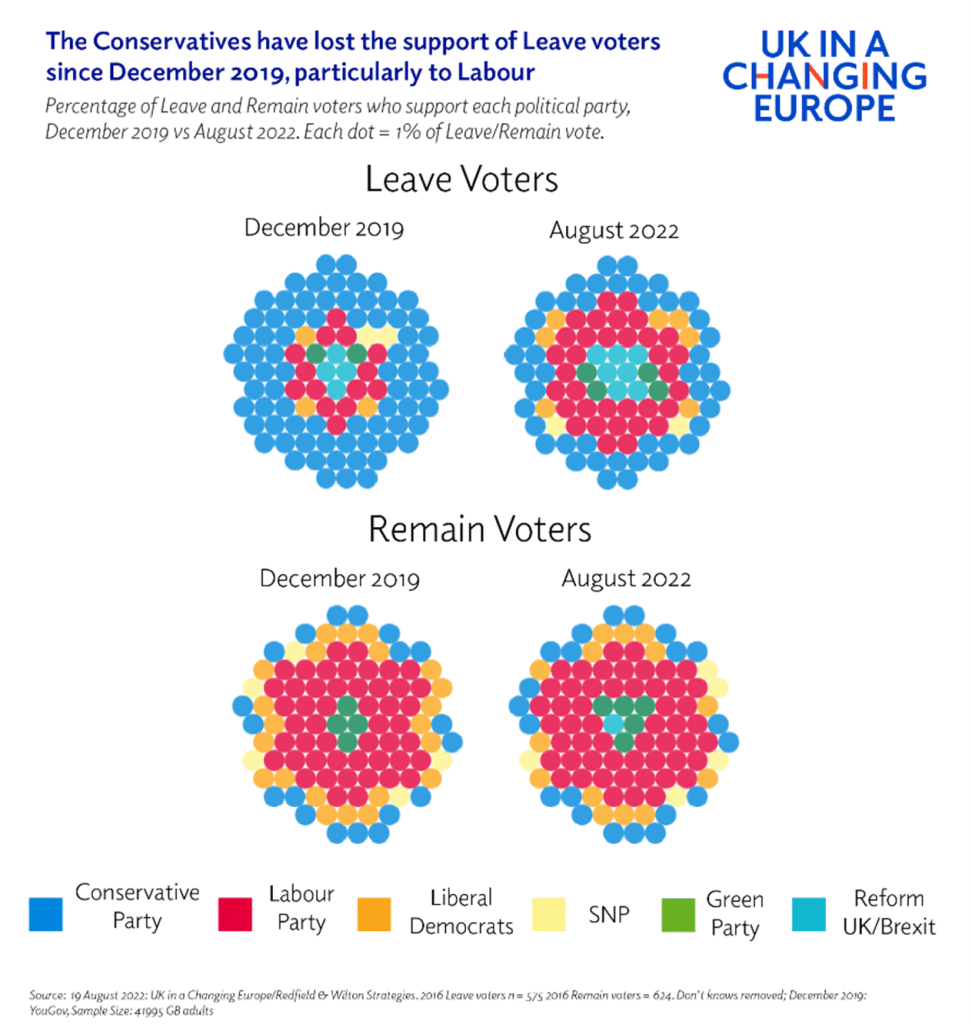 Nor, in case you were wondering, is it obvious that provoking a fight with the EU is a way of reconstructing that Leave tribe. There is little indication than an argument over the Northern Ireland Protocol would mobilise the base. As John Curtice points out, voters in Great Britain largely greet the Protocol, for better or worse, with a shrug.

Truss is no fool and will know all this. As she sits down in Number 10, alternative strategies may be up for discussion. For instance, instead of trying to fight the old battle of December 2019, she may choose to pursue a coalition based on her own economic instincts. The signals from Downing Street appointments in the last 24 hours – and the story you get if you speak to anyone that knows the new Prime Minister – is that while the next few days will be dominated by the unveiling a new package on the energy crisis, the next two years will likely be shaped by her determination to roll out genuinely market based economic policies. It should surprise no one that, in her acceptance speech Truss promised a ‘bold programme of tax cuts’.

You can see why this might be attractive. After all, it has the merit of being what the Prime Minister herself believes. It is likely to keep Steve Baker onside. It is also the formula that got her the job in the first place. Our research on the values of MPs, members and voters suggested that the Conservative membership is (unsurprisingly) an economically right-wing lot – though are positively wet when compared to her colleagues in parliament. 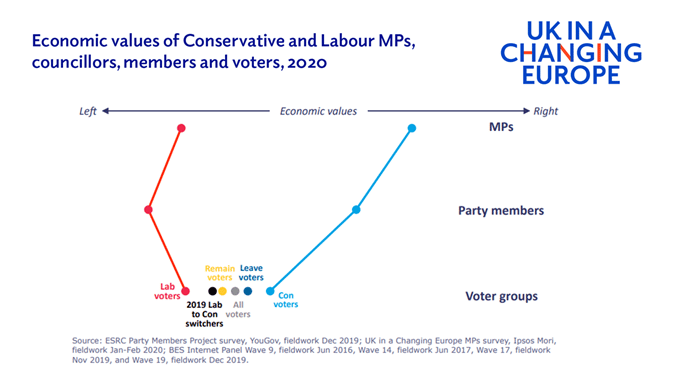 So far so good. But that is the end of the good news as far as this approach is concerned. Our research also revealed that those voters that Boris Johnson managed to prise away from the Labour Party last time (‘Labour to Conservative switchers’, the black dot in the graph above) have views on the economy which are significantly more left wing than the average voter. Indeed, the British Social Attitudes survey shows the long-term trend for some time has been moving in a direction away from support for tax cuts, and towards increased spending on public services. Uniting the party is one thing. Retaining the Red Wall might be another altogether.

Maybe, then, the answer lies not in in reconstructing the Johnson coalition but in putting together a more traditionally Conservative one? Even here, however, there are pretty clear signs that what the party wants is not the same as what the electorate are after. Evidence from the British Election Study reveals, remarkably, that Tory Remainers are even more opposed to tax cuts than Tory leavers. 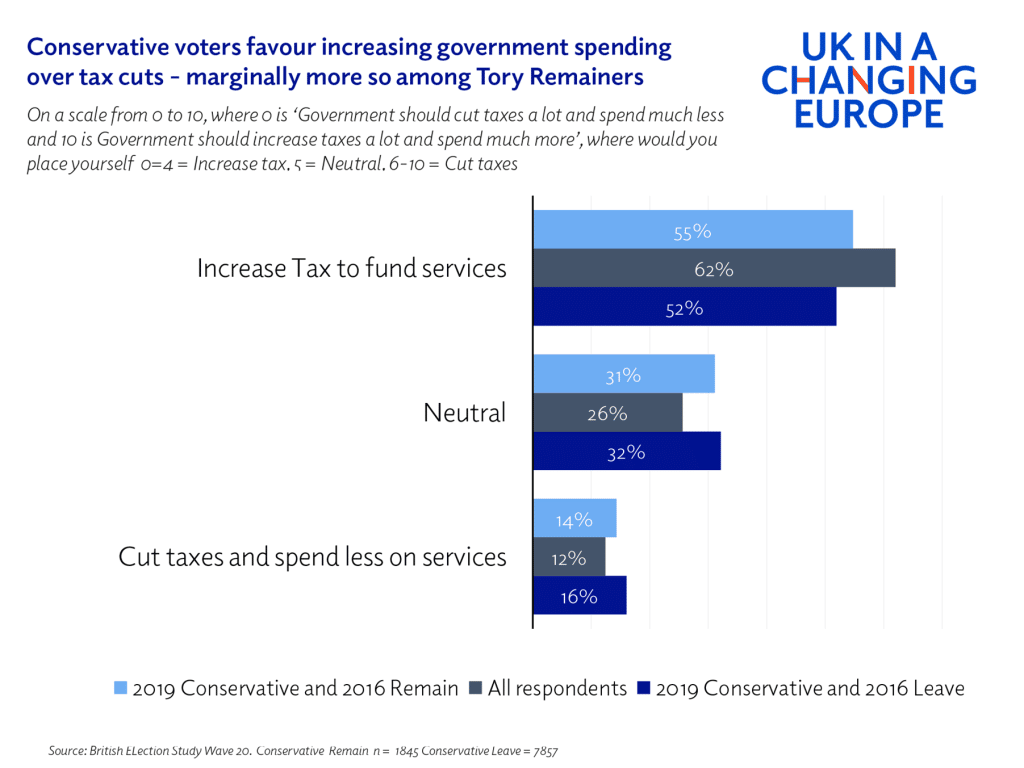 Much of the debate in Westminster now hinges around the question of whether Truss will enjoy a short polling honeymoon, or whether the announcement of a popular package of support on energy bills could provide an early boost. The more fundamental medium and long-term question – given Truss all but confirmed there would be no general election until 2024 – are whether she can recreate the magic formula of December 2019 or piece together a new, winning coalition in her own image.

The signs are not good, and one clue is the apparent acquiescence of Steve Baker. After all, a simple heuristic is that, in electoral terms at least, if the Member of Parliament for Wycombe isn’t hurting, then the Prime Minister’s economic strategy isn’t working.

By Anand Menon, Director, and Alan Wager, Research Associate, at UK in a Changing Europe.