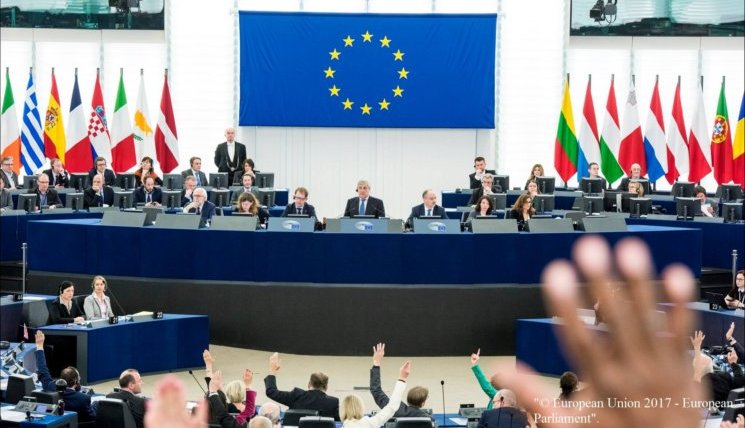 Last weekend, on the 60th anniversary of the Treaties of Rome, the EU27 staged a symbolic relaunch of the European project with their ‘Rome Agenda’. No doubt, they hope that the feel-good factor generated by the anniversary celebrations will overshadow the formal triggering this week of Article 50 by the UK government.

In the words of Donald Tusk, President of the European Council, in the challenging times to come ‘the unity of the 27 will be our most precious asset’.

Until now, Europe’s leaders have tried to downplay UK Prime Minister Theresa May’s bullish approach with ‘a collective shrug’.  They would rather be talking about the EU27s ‘variable geometry’ than wasting time on Britain’s pre-negotiation posturing.  Behind the scenes though, there was more than a little disquiet. Will the formal start of the Brexit negotiations consolidate or puncture the EU27’s fragile unity?

The formal triggering of Article 50 on 29 March 2017 marks both the end of a long, frustrating wait for ‘the 27’ and the start of the most far-reaching and complex negotiations in the EU’s 60-year history.  As yet, though, the UK government has given little indication, in public at least, of what it actually wants.

Its Plan for Britain adds nothing to Theresa May’s speech at Lancaster House in January of this year.  Like the January speech, it is a triumph of process over substance.  Its content can be summed up in one word: control.  In spite of May’s assertion that negotiations mean ‘give and take’, the Plan rehearses a 12-point wish list.  As the Czech EU Affairs Secretary of State Tomas Prouza tweeted “… where is the give for all the take?”

One policy area notable for its near absence on May’s wish list is security and defence.  The Plan for Britain reflects her time as Home Secretary and her continuing preoccupation with Home Office matters.  The Plan celebrates our extrication from the jurisdiction of the European Court of Justice; refers to the integrity of the UK’s immigration system; and upholds the fight against crime and terrorism.

Its one reference to foreign and defence policy is buried in a section devoted to internal security.  Its vision of a ‘Truly Global Britain’ is one of a great trading nation. Is the Plan’s neglect of security and defence simply a product of May’s navel-gazing? Does she think it irrelevant in a future context of Britain’s NATO membership and hermetically sealed borders? Or is it a question of ‘the dog that didn’t bark in the night-time’: a bargaining chip reserved for the negotiating table?

It is certainly worth considering the potential of the security and defence domain in the upcoming negotiations. The European Union’s 2016 ‘Global Strategy’ asserts an ambition of strategic autonomy for the Union.  Last weekend, to great fanfare, the ‘Rome Agenda’ pledged the 27 to work towards a ‘safe and secure Europe’ and ‘a stronger Europe on the global scene’.

But how exactly can the EU27 deliver these aims without the contribution of the UK?  The UK’s departure leaves a yawning gap in Europe’s external and internal security capacity. The EU leadership are well aware of this. Donald Tusk has recently spoken of the new challenges facing the EU: changing geopolitical constellations involving newly complex relations with the US, Russia and China; the instability in the Middle East and Africa; the menace of ISIS; and a newly volatile Turkey on the EU’s borders.

All of these confound the EU’s customary soft security methods and would seem to demand the kind of robust military presence the EU27 could not command. By its own admission, the EU27 needs to be ready to defend its borders from conventional and ‘soft’ security threats. It must also continue to play its part in international efforts to police the world’s hotspots and shore up order in failing states.

The unspoken aim of the EU Global Strategy’s ‘strategic autonomy’ is to be able to act independently of the US if need be. Currently, though, only the UK and France have the military capacity and experience to spearhead such challenges. After Brexit, France will be the only remaining EU member state with a permanent seat in the UN Security Council, a global military-strategic outlook, close to full-spectrum forces, and significant experience of continuous operational practice.

France will be relieved that the UK will no longer be able to block budget increases on EU defence spending. However, increased spending alone will not be enough to address the fragmentation and duplication in the member states’ defence capacity overall.

In short, the EU27 will need to rally the political will to drive closer cooperation in defence matters and to commit to higher spending.  This is likely to be a lengthy project. In the meantime, the EU27 could use a little support from its ex.  Neither the UK nor a French-led Common Security and Defence Policy will want to commit themselves unconditionally.

However, as Sven Biscop has argued, there may be room for an interim agreement over ad hoc cooperation in defence and security actions.  The UK might suggest taking part in selected projects through the European Defence Agency. There may be mutual interest in strategic cooperation over capability development and deployments, particularly over crises in the EU’s ‘southern neighbourhood.’

Moreover, the UK is Europe’s acknowledged centre of expertise on counter-terrorism, as demonstrated by the efficient police operation following the lone terrorist attack on the Westminster parliament on 22 March.

Before the talks have even begun, deadlock looms between the UK and the EU negotiators about what to talk about first.  The EU wants agreement on how to calculate the cost of the UK’s existing commitments and guarantees for the UK’s EU workers and residents. The UK wants to focus on the free-trade agreement that May so covets.

Establishing the parameters of future cooperative ventures over security and defence might prove a way for Britain to show some goodwill – a little ‘give’ for all the ‘take’.

Patricia Hogwood is Reader in European Politics at the University of Westminster.