Can referendums really ‘settle’ political questions in the UK? 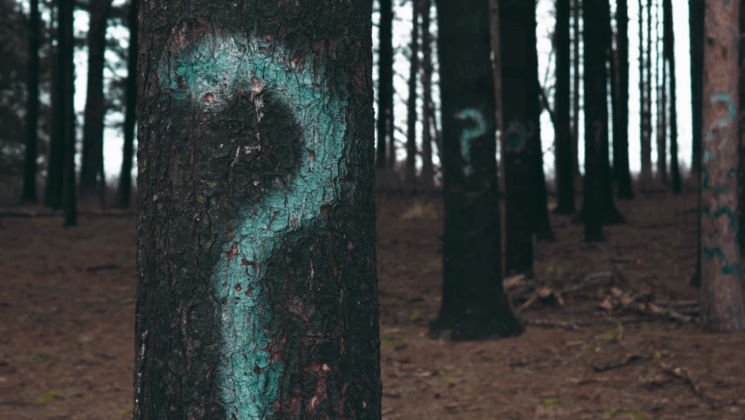 On a recent visit to Glasgow, Cabinet Office Minister David Lidington dismissed calls from First Minister Nicola Sturgeon for the UK government to sanction a second Scottish independence referendum, stating that the vote in 2014 had settled the question ‘for a generation’.

In deploying this tactic, Lidington became the latest in a long line of British politicians who have framed their flirtations with direct democracy in terms of political ‘finality’. In the midst of clamouring calls for both indyref #2 and a further referendum on Europe, however, the veracity of Lidington’s appeal to the capacity of referendums to resolve political questions in the long term didn’t really pass muster.

A brief survey of referendum history in the UK reveals the concept of finality to be a critical component of the strategic calculations which have motivated political leaders to authorise such direct democratic votes. As a means of resolving seemingly intractable party-political disputes, the rationale follows that leaders opt to hold a direct vote on a contentious issue to defuse and demote it in future political discussion.

In attempting to reconcile warring factions in his party in 1974, Harold Wilson set the trend for this strategy in declaring that a Labour Government, if (re)elected, would hold a ‘public vote’ to determine the European question (Corbyn, of course, isn’t the first to offer a Labour fudge over Europe). In a clear expression of relief the day after the referendum, Wilson famously declared ‘Fourteen years of national argument are over’.

At the time, political scientist Samuel Finer wrote that the new addition to the Westminster system had quickly become the ‘Pontius Pilate of British Politics’, with the referendum granting parties and leaders a means of abdicating responsibility on the understanding that the issue was not one which Parliament could decide, but must be determined by ‘the people’ directly.

At the root of Sturgeon and Lidington’s recent exchange, however, were the developments that led David Cameron to grant an independence vote on the back of the considerable electoral successes of the SNP in 2007 and 2011. In the fraught final throes of the campaign, Cameron struck a self-deprecating tone in pleading with voters not to conflate temporary dissatisfaction with his government with permanent constitutional change. ‘If you don’t like me’, he said, ‘I won’t be here forever, but if you leave the UK – that will be forever’.

This was something of a dress rehearsal for the now infamous ‘scaremongering’ of the Remain campaign two years later, in which rhetorical enjoinders to stay were laced with notions of permanence and prospective regret. Echoing not only Wilson’s renegotiation and referendum strategy, but also his rhetoric, Cameron reiterated that whichever way the country was to decide in 2016, the government would implement the majority view in order to ‘settle the European question in British politics’.

As a number of commentators have recently noted, the flexibility of the UK constitutional framework is conducive to strategic manipulation of referendums, with political elites engineering them purely to meet expedient political objectives.

The notion of finality as applied to a democratic event, however, is dangerous in its suggestion that further discussion of the issue and the potential for voters to change their mind is closed off and portrayed as illegitimate. The way in which this often frames complex political entanglements as matters which can be quickly and easily changed only serves to exacerbate political distrust and alienation.

Of course the prospect of offering repeated referendums on a particular issue comes with its own pitfalls. Paramount among these, particularly in the context of an issue as polarising as Brexit has become, is arguably the issue of disparity in voter turnout, with lower participation the second time round delegitimising the vote. In countries where the use of referendums is frequent, with clearly stipulated terms and conditions for direct votes, turnout is often low.

It might be contended that amongst the many mechanical and process issues confronting those campaigning for a second EU referendum, arguably the greatest threat posed is the possibility of a boycott promoted by those at the helm of the 2016 campaign. Prior to his Brexit Party resurrection, Nigel Farage had already toyed with this possibility, and a mass demobilisation of Leave voters in a second vote, deliberate or otherwise, might only worsen tensions which are already close breaking point.

Given the role of ‘finality’ in the framing of the votes in 2014 and 2016, one might have sympathy with the view of Lidington and the government in the former case, and with those who voted Leave in the latter. What is quite clear in the aftermath of the European elections in particular, is that neither the issue of Scottish independence nor the UK’s status in Europe have been ‘settled’ as a result of these votes.

The ratcheting up of referendum demands across the British political spectrum increasingly undermines the legitimacy of claims such as Lidington’s, that a one-off vote will settle an issue in the long term, regardless of whether the initial result has gone in the government’s favour or not.

The paradox surrounding the current predicament is how in tandem with claims to settlement and finality comes such political indeterminacy. Flux and uncertainty have become the prevailing characteristics of the current political moment, with the European issue which Cameron hoped to remove from the agenda becoming a conduit for the politicisation of multiple issues, many of which question the underlying legitimacy of the wider British system.

With debate now centred on the initiation of several more direct votes in the hope that solutions might be found to the political problems resulting from 2016, perhaps the lesson that actually needs to be learned is that the divisions engendered through referendums can actually make future answers to political questions all the more difficult to find.

By Joseph Ward, a Doctoral Researcher at the University of Birmingham.