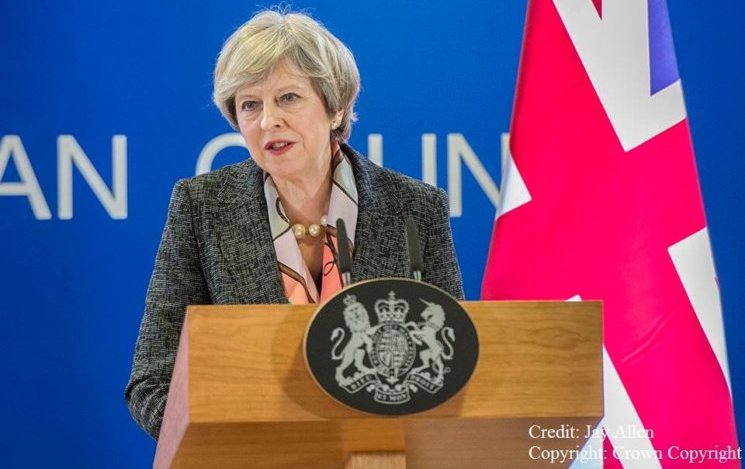 Last week, and with little fanfare, the government launched its ‘Plan for Britain’, to show how it ‘will build a stronger, fairer Britain as we leave the European Union.’

Despite this low-key start, the website almost immediately collapsed under the weight of the traffic from the curious and the concerned. As a metaphor, it could hardly have been any more of a gift to the government’s critics, or to sub-editors producing headlines.

With the technical glitches largely resolved, what does this plan actually contain and what does it tell us about the government’s approach to the impending Article 50 negotiations?

The easiest way to understand the ‘Plan for Britain’ is as a re-presentation of the February White Paper, itself a dressing-up of Theresa May’s Lancaster House speech in January. The same 12 negotiating objectives are listed once more, but now connected to a set of ideas about the rest of government, grouped under four headings.

The first is ‘A global Britain’ – a phrase that has frequently been used by May in recent months. This covers ‘striking the right deal’ for Brexit, being an advocate for free trade, support developing countries and shaping global decisions.

The second is ‘A stronger economy’, with a lower deficit, an industrial strategy, market regulation and supporting workers’ rights.

‘A fairer society’ seeks to make the UK ‘where success is defined by work and talent, not birth or circumstance’, promoting school access, more housing, continued NHS investment, helping people back into work and tackling discrimination.

The last section –  ‘A united nation’ – shifts focus to making sure that ‘big decisions’ benefit the entire country, be that at the national or local level, and promoting ‘values of fairness, responsibility and citizenship to bring people together’.

If all this seems rather telegraphic and you would like more detail, then for now you are stuck, since the website offers no elaboration of these ideas, or links to other websites. Indeed, apart from a short video from May, a FAQ on leaving the EU (including a timeline from the referendum to the present day), and a note that the Article 50 Bill now has Royal Assent, there is nothing else on the site. This is a website for the general public, not for those in need of substantive policy content.

What does this tell us about Brexit?

In short, almost nothing. As indicated, the only part to deal directly with the negotiations is a straight lift from the White Paper. ‘A global Britain’ talks of ‘forging a new partnership with Europe that gives us control of our borders and our laws’: if we ignore the observation that many Cabinet ministers tell us that ‘leaving the EU doesn’t mean leaving Europe’, the rest of the sentence is a re-statement of the core ideas that May has pursued throughout her premiership. Likewise, ‘A fairer society’s’ aim to ‘ensure there is control of immigration so that it serves the national interest’ mirrors this, as well as Tory party policy for over a decade.

In short, there is nothing here either to direct a British negotiator in Article 50 talks, or to give a clue to their EU27 counterpart. As in the referendum, the notion of ‘control’ is ever-present, but never defined.

Does this then tell us about how Brexit will enable the rest of the plan?

This is perhaps the more reasonable question to ask. Brexit is not the be-all and end-all of public policy, but it does represent a major shift of environmental factors and a change in the opportunities available to the government. Given that the government has determined to press ahead with Brexit, there is a logical assumption that it must offer some clear benefits on this front.

And yet, the ‘Plan for Britain’ does not set out any such benefits. Indeed, apart from the point just listed, there is only one aim that appears to be conditioned or changed by the UK’s departure from the EU, namely that ‘the voices and interests of England, Scotland, Wales and Northern Ireland are represented as we negotiate to leave the EU’, and even this is a process issue, not an outcome one.

Even in the section that most closely speaks to the changed realities of the post-Brexit environment, ‘A global Britain’, there is nothing that necessarily requires the UK to have left the EU. Indeed, it is hard to read phrases such as ‘as we build on our relationships with old friends’ or ‘shap[ing] decisions across the globe’ without wondering how that is aided by what will be a necessary stepping back from the current integration with EU members.

Put differently, the website reads much like any Tory manifesto from the past three decades: economically liberal, socially conservative and deeply unionist. And that last point is the most telling, for the section on ‘a united nation’ reads much more as riposte to Nicola Sturgeon’s gambits on a second Scottish independence referendum than as a rediscovery of British identity post-Brexit.

So what is the point of ‘a Plan for Britain’?

Given all of its omissions, vagueness and ambiguity, there has to be a question mark over whether this website offers anything at all. It is not purposed to act as a repository of the UK’s progress through Article 50, nor indeed as a dynamic focus for the whole of government policy.

The most plausible answer is that it offers some cover to Theresa May.

Recall that May became Prime Minister without a popular mandate and so has not been asked or required to present a programme for government. As the NICS affair has shown, the government is working to a manifesto from a different (political) time, subject to much battering from backbenchers and media commentators.

‘A Plan for Britain’ represents a partial response to this, in as much as it lays down a marker for the future. If we assume that May and her government have no real idea what the outcome of Article 50 will be – an assumption suggested by the on-going lack of any comprehensive negotiating position – then this document will be of use to May in the coming years when she wants to claim the authority to pursue whatever course of action she chooses.

But even in this, the website is of marginal use: the wording is so vague as to leave almost any policy option open. To take one example: given what we know of the government’s plan on grammar schools, the wording of the sentence on schools is so open as to allow either a pursuit of that plan, or its complete reversal.

And this might be the bigger truth of the utility of this plan.

Theresa May has consistently demonstrated her desire to act with as little constraint as possible on Brexit, be that from the courts, or Parliament, or public opinion. With ‘a Plan for Britain’, she can now say that Brexit is part of a bigger picture of public policy and that she has a firm grip on the tiller of state, and should now be allowed to get on with the job.

This is understandable: Brexit will be the most significant test of governmental capacity in peace-time to have happened in a very long time. Whether Theresa May has chosen the right way of going about it is a very different matter and one that will only really become clear once she gets underway with the negotiations to leave the EU.

By Dr Simon Usherwood, reader in politics at Surrey University.