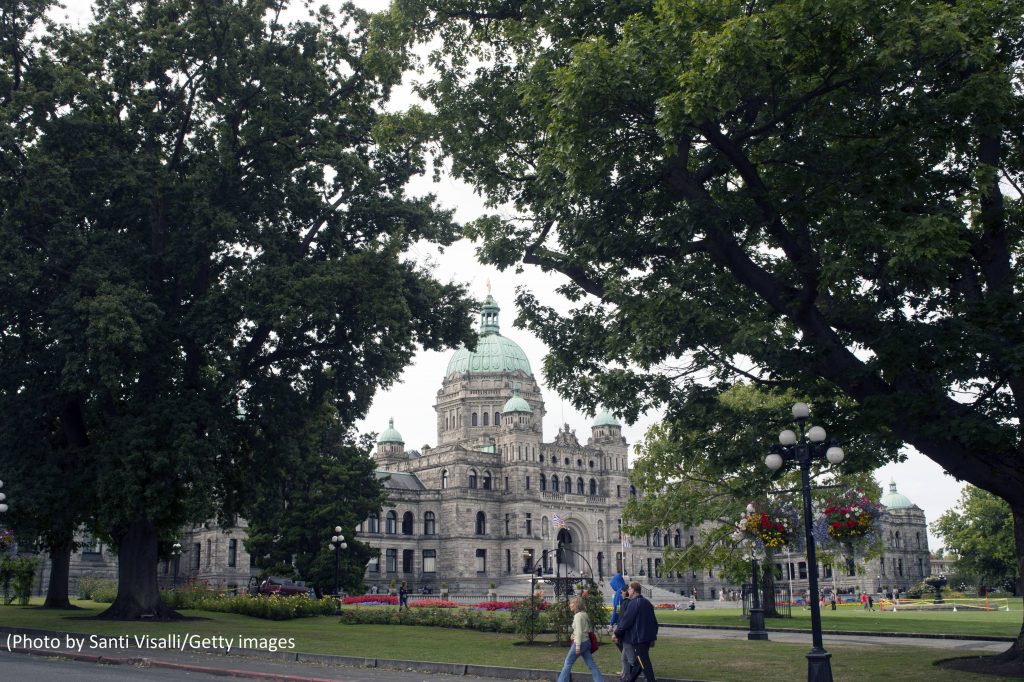 British politics has seen many references to ‘Canada’ in recent months – understood mainly as a shorthand for the kind of economic agreement that the Johnson government would like to conclude with the EU.

But it makes sense for British observers to look to Canada for other reasons as well: Canadian politics provides insights into some of the challenges that Brexit poses for the UK’s closest international partners.

Remember, Canada was settled by England and France, two countries with which Canadians have kept excellent relations since at least World War I.

Even today, Canada’s strong political and cultural connections with old Europe make up, in part, for the country’s trade and economic dependence on the US.

While in the 1960s the Canadian government was opposed to the UK joining the European Community because it put an end to Commonwealth trade preferences, strong relations have been built with the EU since the mid-1970s.

In 1976, Canada became the first ‘industrialized’ country to sign a Framework Agreement on Economic Co-operation with the then European Economic Community. In 2016, Canada and the EU signed the Comprehensive Economic and Trade Agreement (CETA) and Strategic Partnership Agreement (SPA), which cemented this privileged relationship. In the Brexit referendum that same year, Ottawa expressed a clear preference for the Remain side.

For Ottawa, the main European challenge in the coming years will be the negotiation of a new Canada-UK trade agreement.

The two parties have agreed to ‘roll over’ the rules of the CETA agreement on a transitional basis, but plan to negotiate a new comprehensive bilateral agreement in the future. There is widespread consensus between Canadian political parties on the desirability of this approach.

The struggle over Canadian identity

Yet despite this consensus on short-term policy, Brexit has placed the question of Canada’s international identity explicitly on the domestic political agenda.

Since the 2016 referendum campaign, Liberal Prime Minister Justin Trudeau has consistently cast Brexit in a negative light. In the House of Commons, he described it as “the most divisive, destructive debate to happen in the UK for an awfully long time”.

He has, by contrast, consistently praised Canada’s “historic partnership” with the EU, a like-minded multilateralist partner with whom Canada can, in his words, “achieve tremendous things together in the years to come”.

The EU fits well with the government’s internationalist agenda. Cooperation with the EU on such an agenda has become crucial as a result of the Trump administration turning its back on globalization and multilateralism.

For the Official Opposition, held by Canada’s Conservative Party, Brexit has triggered the opposite sentiment. Former party leader Andrew Scheer was an early advocate of Brexit.

In an op-ed published before the referendum, he presented himself as “an admirer of British political traditions” and argued that Brexit was necessary to protect these from “the dictates of EU bureaucrats in Brussels”.

After the Brexit referendum, Scheer repeatedly called for aligning Canada more closely with the UK. Scheer’s successor as party leader, Erin O’Toole, has made the so-called CANZUK agreement with the UK, Australia and New Zealand one of his signature foreign policy proposals.

To what extent do partisan politics resonate in the Canadian population? In a survey conducted by Nanos Research for our collaborative research project, we asked 1,013 Canadians how they view Brexit and its impact on Canadian foreign policy. To our surprise, we found that they tended to have strong opinions about it.

The survey, conducted in October 2019, shows a sizeable majority of Canadians disapprove of Brexit. Nearly two thirds of respondents expressed a negative opinion, with 48 per cent choosing to describe their position as ‘unsympathetic’, and 17 per cent as ‘somewhat unsympathetic.’

Conversely, less than one quarter of Canadians expressed sympathy for Brexit, with 11 per cent ‘very sympathetic’ and 13 per cent ‘somewhat sympathetic.’ Only 13 per cent indicated they were ‘not sure’ how they felt.

When forced to choose between aligning Canada with the EU or the UK, Canadians’ preferences regarding trade relations, the environment or energy sided more with Brussels than with London – by very wide margins.

Views on security and defence were less uneven, which is not surprising given Canada’s historical military cooperation with the UK, bilaterally and in the context of NATO.

But even there, 56 per cent of respondents indicated that they are in favour of prioritizing relations with the EU over those with the UK; only 29 per cent gave precedence to the UK.

At the same time, and although Canadians are less evenly divided and polarized on Brexit than the British are, we found a large partisan gap that mirrors that of the UK, with a centre-right electorate that is significantly more likely to view Brexit in a positive light than the centre-left.

Almost half of the survey’s respondents (46 per cent) who usually vote Conservative had a positive view of the UK’s withdrawal. However, Brexit was supported by only 13 per cent of Liberals and 8 per cent of left-of-centre New Democrats.

In Alberta, a Conservative heartland where calls for a ‘Wexit’ (Western secession from Canada) have recently made the news, support for Brexit was amongst the highest. More than half (55 per cent) of those who usually vote Conservative were sympathetic.

Among Liberals, 76 per cent indicated being unsympathetic to Brexit, as did 81 per cent of New Democrats.

Probably torn between animosity towards the British monarchy and enduring love for self-determination referendums, voters of the Bloc Québécois (BQ), the Quebec-based separatist party, displayed an intriguing ambivalence: 37 per cent of the BQ voters who responded to our survey said that they were unsympathetic to Brexit, but 28 per cent were sympathetic, and 35 per cent were unsure.

How will Ottawa behave?

Since October 2019, Canada has been led by a minority Liberal government. In the Canadian context, such governments tend not to last long.

Given the partisan differences that we observed among both leaders and voters, it is worth asking how a Conservative federal government would behave if it had to choose between the UK and the EU in the next few years.

While a majority of Canadians seem to prefer the ‘Eurosphere’ to the ‘Anglosphere’, our survey results and declarations by Conservative leaders suggest that a Conservative government would emphasize relations with the UK at the expense of cooperation with the EU.

It would not denounce CETA, but it would prioritize Canada’s relations with Washington and London over Brussels, Paris and Berlin as a way to galvanize the pro-Brexit segment of its electorate.

By contrast, we expect a Liberal government to continue supporting strong relations with the EU, even if this means moving away from the ‘motherland’. This will not stand in the way of Canada-UK cooperation where it serves both partners’ interests.

But a more ambitious strategy of rekindling post-colonial relations with the ‘Anglosphere’ may not be the Canadian government’s favorite option.