Cancelling Brexit – what would happen if we changed our mind about leaving the EU? 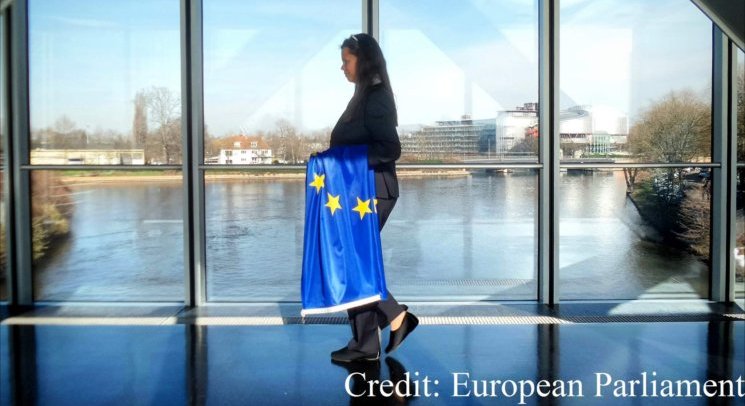 French President Emmanuel Macron, recently declared, at joint press conference with Theresa May, that until “negotiations come to an end, there is always a chance to reopen the door”. Britain, in other words, could still choose to stay in the European Union.

His words confirmed what most people in the UK – on both sides of the Brexit divide – seem to think: our partners want us to remain; and that it would be better for them if we did. Indeed, some have gone so far as to argue that reversing Brexit is necessary in order to save the European Union. I am not convinced. A Britain that, having voted to leave, then decided to stay would be the worst thing to have happened to the EU.

Imagine, hypothetically, the following scenario. The Prime Minister comes to realise that a negotiated Brexit will involve a huge bill and continued jurisdiction of the European Court of Justice over key sectors of the British economy, not to mention on going payments into the EU budget. The alternative, a disorderly Brexit, will cause chaos and significantly damage the British economy. Confronted with this choice, and putting the nation before party or personal interest, she decides that, all things being equal, attempting to remain in the EU is her only viable option.

What, then, would our partners make of such a decision? It’s worth noting that their ideas have moved on since the vote. Remember back in June 2016, when European Council President Donald Tusk declared that Brexit could destroy western political civilisation? A few weeks later, in a letter circulated to EU Heads of State and Government prior to the Bratislava summit, he argued that the EU could emerge stronger and more united after Brexit.

Far more significantly, it is worth considering what kind of Britain would rejoin its partners around the EU table. This would be a Britain that had voted to leave, and would be remaining on terms worse than those it had rejected in June (Cameron’s renegotiation was null and void from the moment the result was announced). Despite the odd poll suggesting “Bregret”, most surveys show tha the majority of British people still want to see the country reclaim “sovereignty”, its money, and its “control over its borders”.

How, then, would such a Britain interact with its partners? For one thing, it is hard to see how a British government could ever again approve an EU budget that was acceptable to other member states. Whatever the British people do or don’t know about the budget, they all are aware that the UK pays a significant amount of money into it. Could a Conservative government really append its signature to a document perpetuating this “waste”? And next year, the EU will begin the always-fraught process of negotiating its next multi-year budget.

The EU27’s obstructionism would not be limited to the budget. In the months since the referendum, the other member states have made it clear that they see defence co-operation as an area where they can make significant progress. That assumption was squarely based on the absence of the UK. Were we to remain inside, what defence secretary Michael Fallon has referred to as a British “veto”, would indeed become one, as opposed to merely a rather ill-advised, and ultimately pointless, delaying tactic. The first victim would be the EU Operational Headquarters, which Britain has been vetoing for years.

Then there is the democratic life of the EU to consider. Who do you think would do best out of a decision to ignore the referendum result in the elections to the European Parliament of 2019? With or without a competent leader, Ukip would no doubt build on its success in 2014 (the first time in modern history that neither Labour nor the Conservatives won a national election). Would the EU thank us for an even greater supply of MEPs committed to its destruction?

And following a Ukip success, history, whilst probably not repeating itself would, in the words of Mark Twain, begin to rhyme. How long before the threat of defections began to weigh on the Prime Minister? How long before the Ukip threat led to a still harsher line on Europe? How long before her (or his) own MPs attempted to twist her arm to promise anther popular vote to lay to rest once and for all the notion of buyers’ regret?

In this they would, of course, have a willing ally in many sections of the media. In the right-wing red tops, a European Union that was already seen as undemocratic would now be cast as quasi-totalitarian for having defied the “democratic will” of the British people. Every law, every ECJ judgment, every pronouncement from any EU figure would be met with a scorn that would make the pre-referendum bile seem positively charming.

Faced with such a backdrop, it is hard to see how the British government could engage positively on any issue with its European partners. Could ministers ever again support EU legislation, however well thought out or necessary it might be? Could a Prime Minister ever attend a European Council except to hector and sneer? How long would it be until the British government took a decision to refuse to comply with a piece of legislation, thereby triggering the most serious crisis in the history of European integration?

Ultimately, what happens will, as ever, boil down to procedure. British Europhiles would do well to reflect carefully on what a British U-turn might mean for an institution they profess to support. Meanwhile, if we at any stage do ask our partners to stop the process, should we really expect them to welcome us back with open arms? Would they not be better advised to assume they’d be better off without us?

By Anand Menon, director of UK in a Changing Europe and professor of European politics and foreign affairs, King’s College London. This piece originally featured in the New Statesman.