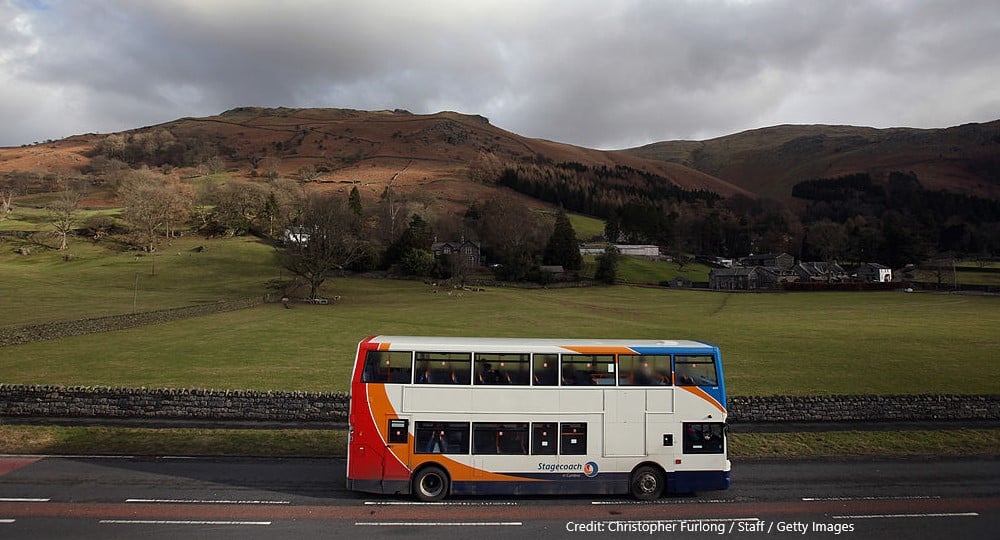 Lawrence McKay examines the findings of UK in a Changing Europe’s new report ‘Levelling up: what England thinks’, highlighting that the public remain positive about levelling up and that they value procedural fairness, transparency, and local decision-making as well as financial support.

Coupled with the major spending restraint coming down the tracks, the Conservatives may be tempted to jettison levelling up proposals. However, our research shows strong public desire to ‘level-up’ remains. In any case, the policy wheels are already turning, with legislation moving through Parliament, keystone policies currently being implemented and Kwasi Kwarteng’s proposal for ‘investment zones’ still on the table.

To date, the most concrete examples of levelling up in action have been policies such as the Towns Fund, Future High Streets Fund and Levelling Up Fund, which have seen £8.4 billion invested in specific localities across England. We might have expected voters to give these programs a hearty thumbs-up. After all, they see their areas as historically cash-starved by governments.

What isn’t working? Plenty – if commentators are to be believed. For some, levelling up is falling down because it doesn’t allow communities to ‘take back control’ over how money is spent. Others suggest the process is politically compromised, offering the public too little transparency and ministers too much discretion. The list could go on.

The public’s take, however, has been largely absent. How do the voters think proposals to ‘level-up’ their areas should work? Working with YouGov, we ran a unique survey to better understand this question. We presented more than 20,000 people with something called a ‘conjoint experiment’. A ‘conjoint’ can isolate how separate dimensions of a proposal can influence its support.

The proposals we presented varied on nine different dimensions:

A conjoint experiment works by presenting respondents with two randomly generated options for levelling up investment in their area, built from these nine attributes. This approach has many advantages – not least that people cannot have their cake and eat it. Imagine a poll asking people whether they preferred government to spend £50 or £20 million on their community, and whether or not they wanted local people to be consulted. They would endorse both, overwhelmingly. In a conjoint, though, people could be made to choose between a high-value proposal without community involvement and a low-value one with involvement. Conjoints thereby force respondents to confront what really matters to them.

The figure below presents the results for all respondents. Scoring 100% means that respondents would always choose the proposal that included that feature. Scoring 0% means they would always reject it. The line at 50% is the key inflection point. If the dot is right of the line (and the error bars don’t cross the line), the feature is a winner, and if left of the line, it is a loser.

All of the features we selected did indeed affect support for the proposals. First of all, money matters. We chose a set of values that roughly capture the high, low and middle-value awards from the Levelling Up Fund. Our results show that projects valued at £50m were 11 percentage points more popular than £5m projects – a substantial difference. Timing, too, plays an important role. People prefer outcomes to be delivered quickly, with 2-year projects increasing proposal support by 9 percentage points compared to 10-year projects. Not only do voters seem to want it all – they want it now.

However, once we consider other factors, we explain people’s choice of proposals 12 times better than we do with value and timing alone. Whether or not the local community is consulted and whether there is full transparency matters just as much as the amount of money that is spent on any levelling up project.

Voters of all political persuasions found these features important. An impartial decision system did not only appeal to opposition supporters, who we might expect to be suspicious of ministers and how money was spent, but to Conservatives too. Meanwhile, Remainers as well as leavers wanted to ‘take back control’ with more community involvement. 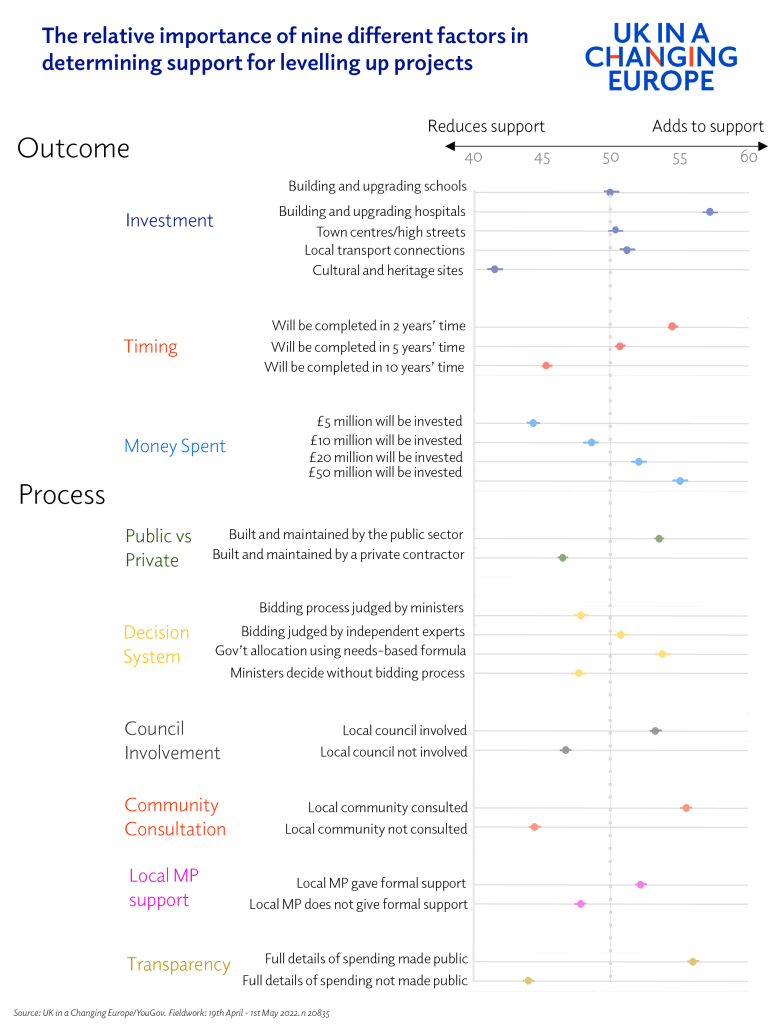 The impression our results leave is of a public that is fairly high-minded about levelling up. As much as cash, people value procedural fairness, transparency, and want levelling up with a decidedly localist flavour. Some may see this as an example of ‘social desirability’ bias in action, where people play down their more selfish motivations in surveys, and that in the real world, the lure of lucre is far greater.

But our results make sense in the context of a ‘crisis of trust’ in national politicians and institutions, and with the parlance of ‘corruption’ having a novel presence in British political discourse. Any impression that the Conservatives are flirting with the politics of the pork-barrel is dangerous: claims that funds or ‘investment zones’ are meant to save the bacon of marginal Conservative MPs are a social media meme waiting to happen. When it comes to levelling up, it seems that money can’t buy the Conservatives love.

By Dr Lawrence McKay, Research Fellow in Politics, University of Southampton, and co-author of the new UK in a Changing Europe report ‘Levelling up: what England thinks’.