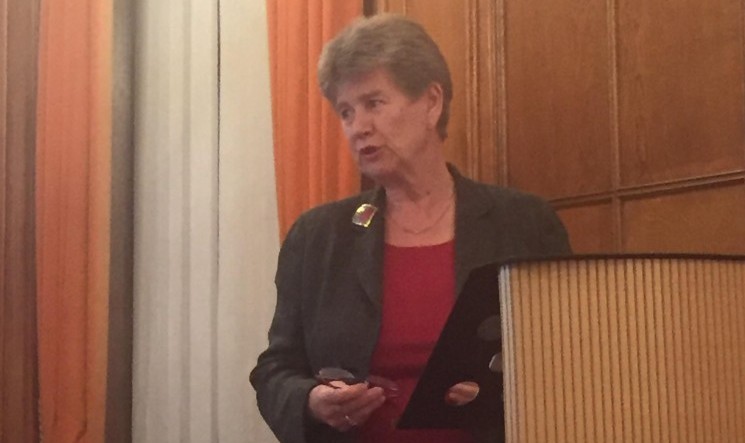 On Wednesday, 14 October 2015, the Wales Governance Centre and the Centre for European Law and Governance hosted the launch of the Wales and the EU Hub at Cardiff University.

The launch was opened by ESRC Senior Fellow Dr Jo Hunt, who provided us with an insightful scene-setting overview to contextualise the research and activities of the Wales and the EU Hub. Dr Hunt introduced the research and public engagement activities that she is leading as part of the ESRC’s “The UK in a changing Europe” initiative. These include the preparation of a range of research reports which look at the current balance of powers between Wales, the UK government, and the EU, and the implications for Wales in the case of “Brexit”. Complementing these reports will be a series of public events to disseminate and discuss the research findings, the first of which will take place in November 2015.

Finally, Dr Hunt highlighted the two shifting dimensions to the question of Wales and the EU: the changing European Union and the changing union in the UK.

Dr Rachel Minto focused our attention to the first of these, calling for continued sensitivity to a “changing Europe” in the context of research and debate about the relationship between the UK and the EU.  Dr Minto then introduced “EU Exchange Wales”, a discussion group for Cardiff University academics and Welsh Government policy-makers to discuss issues relating to the EU.  As an ESRC Commissioning Fund Awardee, Dr Minto will coordinate and develop EU Exchange Wales.

Then, Wales Governance Centre Director, Prof. Richard Wyn Jones, took the focus from a changing Europe to a changing UK, sharing the findings from recent research on attitudes towards the EU across Britain.  Prof. Wyn Jones explored this attitudes data with reference to the relationship between national identities (British, Welsh, Scottish and English) and referendum vote.

Finally, Jane Hutt AM, Minister for Finance and Government Business, spoke about Wales and the European Union, with particular reference to both the policy areas and projects in Wales that have been and continue to be shaped by the EU.  The Minister welcomed the research and engagement activities taking place as part of the ESRC’s initiative in Wales.

The event was well attended by a diverse audience of 70, coming from the Welsh Government, the National Assembly for Wales, the third sector, academia and the general public.