Casting into the future of UK fisheries after Brexit 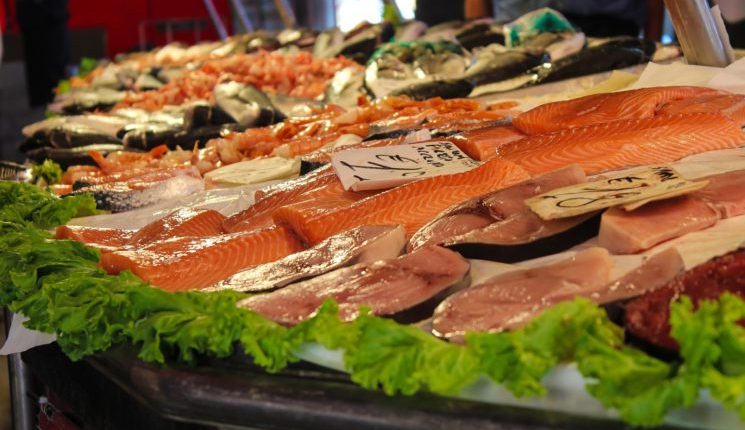 As the EU referendum got closer in summer this year, the prominence of fisheries continued to rise, despite its relatively low economic importance. Who can forget the Flotilla which sailed up the Thames as Nigel Farage and Bob Geldolf exchanged barbs across the water?! Many others in the UK fishing industry also campaigned for, and celebrated, the British vote to leave the EU. A key argument was to escape the “disastrous” Common Fisheries Policy (CFP) and to “claim back our fish”.

This was despite the improving performance of the CFP and the fact the UK has the most profitable fishing industry in Europe. Since the vote, a new study has revealed that over half of the fish caught in the UK Exclusive Economic Zone (EEZ) are taken by non-UK boats, furthering calls for restricting the access of foreign boats to UK waters.

The reality of devising a new management regime for UK fisheries after Brexit, however, is much more complicated. Most commercial fish species around the UK are highly mobile, meaning they may travel through the waters of several different countries during their lifetimes. The UK will therefore have to continue to share management of fisheries with Europe after Brexit. It also means that working out how quotas should be shared between the UK and Europe is far from straightforward.

Crucial to this will be determining the actual distribution and abundance of fish stocks from fisheries independent research surveys (not just landings), including the location of key spawning and nursery areas and migration pathways. As a case in point, most plaice in the English Channel and North Sea spawn along the coast of France, Belgium and the Netherlands, before the young grow up and move offshore to be caught in other countries waters, including the UK.

The UK government has begun to realize the complexity of agreeing new fisheries management measures and has set about gathering evidence and opinions to guide their development. The House of Commons Library produced a useful summary of the “State of Play” and the House of Lords EU Energy and Environment Sub-Committee recently commenced an inquiry into fisheries and exiting the EU.

This has involved analysing evidence from academics, NGOs, fishing and seafood industry representatives and George Eustice, the UK minister for fisheries. Delegates from Iceland and Norway were also invited to give their perspectives on managing fisheries outside of the EU. My own involvement in this process has crystallised my thinking somewhat on the priorities and opportunities for the UK as it develops new fisheries management measures over the coming years.

Given the close proximity of many countries in Europe, and the mobility of fish stocks (see above), European fisheries management is probably the most complicated in the world. The North Sea is bordered by 7 countries and we have Ireland to our west. Shared management through bilateral and tri-lateral agreements with the EU and Norway will therefore continue to be essential after Brexit.

After a long history of setting quotas above scientific advice, the EU has started to follow the guidance more closely. Fish stocks are recovering accordingly. The UK must continue to base its management decisions on the best available science from the International Council for Exploration of the Seas (ICES) and related bodies.

The legality of whether or not the UK could claim exclusive fishing rights in its 200 mile EEZ remains unclear, but such a move would clearly damage relations with our neighbours. Brexit may be an opportune time to re-examine how fish quotas are shared between the UK and the EU, but it should also be the time to distribute quotas more fairly among the UK fleet, as current arrangements clearly favour larger offshore vessels.

Negotiations with the EU will have to tread a careful path – not only do UK boats currently land 20-30% of their catch in Europe, but trading relationships with Europe are vital for the UK fishing industry.

The UK exports approximately 80% of its wild caught seafood, with 66% going to Europe. Therefore, any negotiations with EU countries over allocation of fish quotas for shared stocks, including access of EU vessels to fish in the UK EEZ, will need to consider the vital importance of maintaining access to European export markets.

International fish stocks need international science, while other issues affecting fisheries (e.g. climate change) need international collaboration. The UK receives has received considerable scientific funding from the EU (£300 million in excess of input per year). This must continue or be replaced.

The UK fishing industry also receives considerable funding from the EU (EMFF £243 million, 2014-2020, matched by UK). This money is predominately used to help the industry become more sustainable and adapt to changes in legislation. Again, it must be continued or replaced.

A number of other EU directives (e.g. Habitats Directive & Marine Strategy Framework Directive) are helping improve the wider ecosystem on which fisheries rely. To date, management of fishing activities in European Marine Sites has been much more effective than in national Marine Conservation Zones (MCZs) or Marine Protected Areas (MPAs). It is imperative this legislation is retained after Brexit

The UK has the opportunity to adopt best practice in ecosystem-based management from around the world. It could do worse than take a leaf from the spatial management system used in the US sea scallop fishery which has seen it recover spectacularly to become one of the most valuable in the country.

Likewise, we could tailor the landing obligation (discard ban) more finely to regional variation in our fisheries to ensure its success. Finally, applying social and environmental criteria to quota allocation within the UK should further reduce discarding and environmental impact.

Management of fisheries in the waters around the UK and Europe has a history of criticism – but has finally started improving. Let’s keep the ship sailing in the right direction.